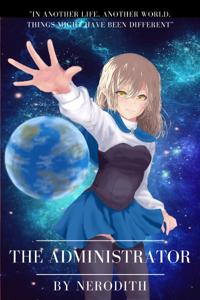 Side Story – My Little Sister

English is not my native language, so I might make some mistakes. If you find any, please do not hesitate to point them out in the comments.

Regarding the chapters' length and the release schedule, I will try to release the chapters on a daily basis so the chapters range should be from 2000 to 5000 words (it will depend on the content). Thus being said, I can't promise you anything since it will depend on how fast I write and how much inspiration do I have left. Still, I hope you stick with me until the end !

Now then, have a good reading !

Side Story – My Little Sister

My younger sibling is soon going to be born.

If it’s a boy, then he’ll become a warrior. He’ll be strong and fearless. I’ll teach him swordsmanship and we will play knights together. Sometimes, maybe we will get into a fight. But we will make up and then we will pull a prank on mommy together. And when we grow up, we will protect her from the bad guys looking for her and we will beat them up!

If it’s a girl, then she’ll become a princess. I will always watch over her and protect her from any kind of harm. I will punch all the boys who will try to bully her or who will make her cry! I will also punch those who are nice to her, because father said that boys who are nice to girls are con-artists, and I should never let them close to her.

My body pressed up against the wall of the corridor, I’m silently waiting.

It’s been almost an hour that Randy has been trying to make mommy come out. He keeps banging the door over and over but it’s useless. She won’t come out.

Mommy is an elf, but it’s a secret. If her secret is found out, she said that bad people will come for her. That’s why no one can enter.

“Isn’t it over soon?” An angry customer complained, bothered by the noise. “Just force the damn door!”

“I’m really sorry for the disturbance, sir. I’ll make sure to settle this…” Randy apologized, bowing his head.

The mean guy murmured something before returning to his room. While the owner was trying to force the door’s handle, a big lady crouched down in front of me. She was Leonara, the owner’s wife.

“Look, your mommy is in a lot of pain right now, it could even be dangerous. We only want to help. But you have to give me the key, alright?”

The big lady seems like a nice person, but I won’t give her the key. I promised mommy. I will protect her secret!

Ever since mommy locked herself into the room, the big lady has been trying to convince me to give her the key. At some point, she even tried to steal it from me! This is why mommy said not to judge people by their appearance. She is not such a nice lady after all…

But I told her I would swallow the key if she tried to steal again. Since then, she didn’t do anything. I’m smart, aren’t I? Mommy would be proud of me.

It’s been a while since she disappeared in the room. To be honest, I’m worried. My sibling is taking such a long time to be born… I’m afraid something bad will happen to mommy. I really wanted to stay by her side but she told me to wait outside, so I’m waiting.

My younger sibling is a girl. Her name is Lynett but I call her Lyni, and she’s so cute! When she was born, I thought she looked like an alien. Mommy said every newborn baby looked like this. New humans are really ugly… But now, Lyni is the cutest sister in the world!

Her eyes are the coolest. They are like two shining suns. People say it’s because she is loved by the gods, but people are stupid. My sister is an angel, that’s it. Why can’t they see it?

Lyni has the same ears as mommy, but much shorter. I wonder if bad people will come for her too? But it doesn’t matter. I am the man of the family; I will protect both my mother and my sister!

Once, Viran said something mean about them. Viran is the son of the owner and the big lady. He is my friend, I like him a lot. But one day, he badmouthed my family, so I punched him. He was wondering why mommy always wore a hood and why she won’t let the others touch Lyni, so he asked if it was because they were ugly. I know he didn’t mean it in a bad way, but that made me angry. So I punched him. And he told his mom. And his mom told mommy. And mommy scolded me. Why? I was protecting your honor! But it’s okay. In the end, we made up. Then I showed him my baby sister. He said she was really cute! See? He apologized for saying she was ugly and never said anything mean again.

I want to play with my sister, but I’m not sure how to play with a baby. Lyni can’t talk, can’t walk, can’t run, and can’t raise a wooden sword. But there is something she can do: she can understand me when I talk to her.

So I started telling her stories. I think she likes it a lot. She’s always very focused when listening to them. But sometimes, she would frown. I noticed that most of the times, it was when I told her a story involving princesses. I thought girls liked princess stories, am I wrong? It must be because of the dragons. Dragons kidnapping princesses are too much for her, she’s young after all. Next time, I’ll pick something more girly.

One day, as I was telling Lyni stories, we fell asleep. When I woke up, I found her sleeping soundly besides me on the floor. Uhm. My little sister is really cute after all. Then I noticed we weren’t alone.

In the darkest corner on the room, there was something. That’s right, the most evil creature in the world, a terrifying and dangerous monster. A cockroach!

I was scared. I really wanted to run away. But little sister is here, and she’s sleeping so peacefully. She’s in danger… I have to protect her!!

So I gathered all my courage, slowly picked up a book, and threw it at the creature. But the cockroach easily evaded it. Humpf! Nice reflex, but I’m not done yet. I picked up everything I could find in the room and aimed them at the monster, but it kept evading them.

Ha…Ha…Ha… I’m tired. He is a worthy opponent. I shall remember you in the future.

I kept struggling, trying to hit the cockroach, but it was so fast I couldn’t reach it. Once it rested on a chair, I threw a pillow at it. But once again, it flew away before it could hit it. At the same time, under the weight of the pillow, the chair fell on the ground, next to little sister, barely avoiding her.

The cockroach tried to kill my little sister!! I won’t forgive you…

Enraged, I resumed my attacks on the vile monster that tried to harm Lyni. But this time, I was fiercer, faster, stronger. Eventually, the cockroach couldn’t take it anymore, so it flew away, out of the window.

Victory!! I won! And little sister is safe!

Just a few moments later, because of all the commotion, mommy returned to the room. But as soon as she entered, she almost fainted, seeing the mess. It can’t be helped mother, it was a battlefield.

I don’t understand. I protected my little sister, didn’t I?

Thank you for reading !

Don't hesitate to tell me what you thought of this chapter. Even if I do not necessarily reply to all the comments, I do read them all and always appreciate some feedback !

Suggestions are also welcomed to improve the story.

Bio: Just a student, reading and writing as a hobby. I like dragons and mangoes.