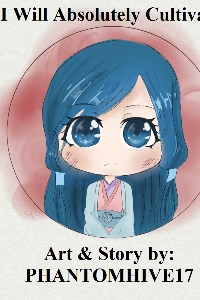 I will absolutely cultivate

'I guess I should watch him grow up first.'

I lied back to the bed and got back to my semi-conscious state.

Rui Wei can immediately freeze the condensed water. But freezing the Water Qi itself takes time.... The spy who was even watching over them was able to escape from her grasp.

In the middle of the night, she unknowingly had a successful breakthrough, followed by another one--

Her second breakthrough attracted the Water Qi like a magnet, she felt the immense amount of Water Qi gather around her.

When the Water Qi continuously entered her, it started to rotate around her, making the room freezing cold.

'Is this a disruption in water Qi?! What's happening?' Rui Wei was confused with the sudden increase of Water Qi.

Rui Wei's previous breakthrough were nothing to mention, it did not attract this kind of amount of Water Qi, but she did indeed felt refreshed-- she always thought that she was just imagining things. She did not feel an increase of power like what the other cultivators feel when they breakthrough, so Rui Wei does not know what is happening.

Rui Wei, is laying on her bed looking like she is on a deep sleep, the baby on her left side is also sleeping peacefully.

Her beautiful face suddenly frowned-- as if she encountered a problem...

The Water Qi was abnormally circling around her, making the room drop the temperature--

The baby, feeling uncomfortable woke up on his blissful sleep and broke the silence of the night with his piercing cry.

Rui Wei's concentration was disrupted, and she was suddenly cut off in her semi-conscious state.

The Water Qi stopped rotating and slowly floated in a random manner.

Her eyes snapped open, as she tasted a metal like liquid and then--

"Bleurgh--" she puked a mouthful of blood.

The white sheets were immediately saturated with her blood, Ruzi was still crying and flailing on her side.

I looked at the crying Ruzi at my side, and could only sigh...

'Ugh, next time I need to cultivate in a more secluded place.'

Rui Wei sighed, she extended her hands and gently caressed his forehead, a light enveloped him making him fall asleep.

Rui Wei stood up and cleaned the blood on the sheets.

After that Rui Wei gently put her hands in her chest, feeling her beating heart. She slowly and surely guided the water qi inside her, healing her damaged internal organs--

Ruzi's peaceful breathing, was the only thing that could be heard inside the room, as Rui Wei has already managed to master a breathing technique which helps her hide the sound of her breath.

"Madam Cheng-- your breakfast has been prepared, shall I bring the food here?"

Hearing the voice, Rui Wei stopped her meditation, she got up the bed and opened the door, what welcomed her was a maid with dark-green hair paired with a dull brown eyes, her hair neatly tied in a bun.

"Ah-- Ah, about that Madam-- unfortunately, Sona caught a cold, afraid that she'll infect you... She asked me to replace her for the time being..." The maid nervously said...

'I guess my cold monotonous voice is back, huh.'

"Oh, I see... Just bring the food here." After saying that, She turned her back and go back inside the room. Ruzi was already awake, he was curiously looking all over the place, once he saw Rui Wei he happily squeaked.

Rui Wei picked up the baby.

"ohoh~ You little demon, causing your mother so much pain-- And still looking so cute and innocent..." Just thinking how many things happened in a single night, Rui Wei could;t help but feel a heartache on failure of breaking through.

'I'll have to at least find a capable person to rear him.'

The maid came back with the food, she laid out everything on the table.

As soon as Rui Wei finished eating, she noticed that the maid seemed to be hesitating to say something.

"Do you have something to speak of?" Rui Wei glanced at the maid as she washed her hands on the basin.

"Madam, is it not time to breast feed young master?" The maid curiously asked.

Rui Wei's hands stopped moving, as she slowly lifted her head and stare at the maid.

'Mofu!! In reincarnation stories they always complain at how much their pride have been trampled! But-- what about me?! My pride will be trampled again and again while feeling an immense pain!'

Remembering how her sister always complained at breastfeeding, Rui Wei couldn't help but shiver-- at that time she always joked her sister.. But now that she was about to do it-

I looked at the maid and asked with full of eyes hope.

"Aren't there some commoners willing to breastfeed a baby? Go and hire some!" Rui Wei quickly said.

"E-eh? B-but Madam... Doctor Lola said that you need to do it, as your body will provide the necessary nutrients for young master.... And having someone else breastfeed young master isn't the least bit recommendable."

"O-oh... Y-you're dismissed..." I spiritedly said as I unwillingly sat on the bed, and put Ruzi beside me.

'Water Qi!! That's right!! Nutrients you say, what are those nutrients compared to Water Qi?'

She led the water qi inside Ruzi, he immediately quieted and started showing signs of falling asleep.

Rui Wei have been guiding the external Qi from outside to Ruzi's dantian, but as of now, Rui Wei gave her own Qi to Ruzi.

The days passed peacefully on the General's Manor, until the news of General Dou being seriously injured in the war reached the manor.

The Manor was in a chaotic state. Madam Lou, became restless and sent her servants in and out to deliver a message. They were trying to communicate with the General but unfortunately they were not able to get even a single reply. The King personally sent a letter that they have already invited an elder from a certain sect, and the people in the Manor should be reassured.

Skyne Lily became sick from worry, and her condition worsened by day. Her paternal family worried about her, sending many nourishing medicines, and foods, but Lily refused them all. Even now, her father is requesting an audience to her, every single day a servant from her paternal family would request Lily to see her father---

But Lily locked herself on her room, refusing to leave.

Madam Lou, even let Lily's father in-- but Lily still stubbornly kept herself inside her room.

'Too childish-- If I must say....' Rui Wei thought as she listened to Sona blabber the events within the mansion.

Rui Wei peacefully sat on a expensive chair, she calmly flipped the book on her hands, beside her is Sona who is watching over Ruzi inside a crib.

Rui Wei is probably the only person within this Mansion who is not affected with General Dou's news.

After the hectic day, the night soon fell.

It was creepily silent at night specially at the 3rd Madam's Residence; Cheng Manor.

From the Cheng Manor, a shadow flashed and disappeared.

The figure quietly and sneakily moved towards the wall, which it climb on.

The figure did everything quickly and cleanly, that if anyone saw it, they might think that they were just hallucinating.

The black figure jumped out, then once again dashed, completely disappearing on the dark night--

A note from phantomhive17

lol, I managed to squeezed out a chapter xD

Support "I will absolutely cultivate"