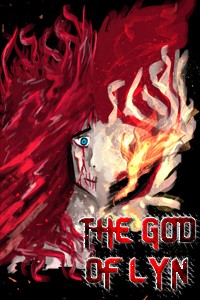 The God of Lyn

The God of Lyn - Prologue

Remove Ads
Settings
Next Chapter
Eon Wray, a nineteen years old college dropout, was never much of a talker. He’d let his action depict his character, and most people around him have determined his character to be that of a complete asshole. As a child, he’d often flip skirts of girls and women, plant dead birds in other kids’ desks, pick fights with much older guys, oftentimes defeating them by dirty tricks, and overall live as a sheer nuisance for all the people around him. He didn’t have any friends, though he did have a single girlfriend when he was sixteen, who dumped him twenty six seconds after they started dating. Eon didn’t understand why, despite the fact that she kept screaming ‘Let go of my butt!’

When he grabbed a hold of the newest VRMMORPG titled The Gods of Lyn, he finally expected to rejuvenate slightly from the boredom of his everyday life. The game came along with the new-tech compound headgear, dyed neon green, that was used to project game into someone’s mind. Putting it on felt odd and a tingly sensation passed through the sides of his head as the gear connected. The blackness in front of his eyes flashed brightly and the flame-colored logo, with the game’s name beneath, appeared. The logo had a glaive facing upwards with two dragon heads breathing fires at the side, and Eon thought it looked terrible, muttering so to his jaw.

After the intro screen had passed, the screen prompted up asking him to say his desired character name. After a short thought, he decided upon ‘Clay Longsun’. The loading screen appeared, with rotating icon in the corner, confirming his entry. As it finished, a screen with twelve different races appeared before him, asking him to choose one. Each race had a benefit and a con appropriate to their lore and Eon quickly listed through them, trying to decide which was the best for him.

It took him about ten minutes before he decided to become Fallen. It was the only race in the game that had inherit ability of flight, due to the ability called Winged which grew two wings on their backs for thirty minutes. They had human-like features, with high foreheads and long-winded hairstyles, as well as broad shoulders and muscular build. Their specialties included an increase to strength, ability to wield Phantom Weaponry, the highest grade items in the game, and equip Heaven’s Armor, second best in the game. In addition, they had high status in the world, resulting in lower prices and ability to attend royal balls and influence political decisions of the chosen kingdom. Drawbacks included the fact that, upon death, they drop an item called Fallen’s Feather, the only item in the game that enables other races to take flight. This meant that they are often targeted by other players, but Eon was confident enough that he’ll be able to fight them off. In addition, they can only wield two-handed weapons, and can’t use any of the long ranged weapons. Besides that, their base stats leaned towards high strength and intelligence, with defense and HP being the lowest of all other races.

After choosing the race, another screen popped up, asking him to choose base class. From what he learned, base classes determine your starting gear and additionally shift around your base stats. High, Advanced and Legendary classes are locked behind the game’s features, as they provide huge benefits in their specific field. Of six base classes, which included: Warrior, Ranger, Magus, Necromancer, Bard, Cleric, Eon choose Warrior. It boosted his base strength by fifty, adding up to two hundred and eleven, the highest possible base stat for strength in game. He also gained twenty point to intelligence, resulting in rather decent seventy one. His defense, though, took a huge hit, and all magical attacks on him dealt true damage. However, his movement speed, alongside agility, increased slightly, as he decided to go with the dodge rather than block play style. His base HP was the third lowest possible in-game, just shy of one thousand. Because of the class, though, he gained innate perk called Warrior’s Craftsmanship, which increased his crafting ability with iron materials and above by two. Rather satisfied with his choice, he briefly smirked before proceeding to the next screen. The game scanned his face and, as if starring into the mirror, it reflected it perfectly. His eyes were droopy and disinterested, one covered with spiky, black hair that reached his shoulders aback. He was slightly square-jawed, but not the epitome of manliness either. Satisfied, he proceeded further and the screen went dark.

The sensation of his body briefly dissipated and he felt a surge of warmth as his eyes were forcibly closed. The pain forced him to scream, and he felt as if his entire body has caught fire and was about to burst. Yet, from nowhere, it all suddenly disappeared. He felt chilly breeze graze his cheeks, and he slowly opened his eyes, getting accustomed to the blinding light. As he opened them fully, he found himself lying in a vast, green field with grass reaching as high as his thighs. Behind him sprung a vividly green forest, at left a steep cliff that led to the expanding ocean and waves that clashed against the stone. In front he saw an entrance to a village, with two armored guards standing in front. The walls weren’t high, so plenty buildings rose above them. At right the view expanded to a path that led through two forests, disappearing in the distance. He knew he was in the world of Lyn, but something felt on. He felt the sensation of somewhat wet earth underneath the palm of his hand, the oddly chill wind, and even the slight warmth of the sun. From what he read, the game didn’t include these features.

Getting up, he took another glance around, but didn’t see any other person besides two guards who, upon noticing him, rushed over, cutting through the grass with their iron swords. As they reached him, they quickly bowed down, their right hands on the right knees, head lowered. They wore simple, leather armor and helmets, extremely low quality, and their swords looked as if they’re about to break.

“Rise,” Eon said in a stout voice as guards remained silent. They did as told, getting up, expression of awe and fear painted on their faces. “Where am I?”
“Lord Clay,” one of the guards spoke. “You are in front of Dusk Village. We welcome you.” he finished and moved sideways, opening a path for Eon. Eon nodded and moved through.

The village was old-fashioned, houses built out of wood with straw roofs. The scent reeked of over-cooked meat, and folk around wore rather plain cloth. He soon realized that the guards in front were the only ones in the entire village. As he passed by, people stopped whatever they were doing and looked up, kneeling as they did so. They didn’t know him yet they bowed to him? Was it because he was Fallen?

“Do you wish to rest my Lord?” one of the guards asked.
“What is your name?” Eon asked, hoping to get more information before declaring anything.
“Aa-h, forgive me my Lord,” the guard stuttered. “My name is Hawk, and this here is Lye. We are humbled you asked.”
“I see,” Eon still hadn’t discarded the idea that he wasn’t actually within the game, but rather within an entire different world that resembled the one from the game. He simply hoped that wasn’t the case. “’Tis a rather small village.”
“Yes, my Lord,” Hawk said. “But we will do whatever is within our power to make it feel like home to you.” Eon realized that there wasn’t a screen depicting his information, yet guards immediately knew who he was. Despite it, he translated game stats in bare feelings, and he even felt like he could cast abilities by just imagining them.
“I’ll just take a look from above.” Winged. After a thought, black, feathered wings sprung from his back, surprising everyone around. Looking up, he ascended into the air, trying to understand more of the world.

From what he could see, northward were mostly forests, fields and mountains. West was plain ocean, stretching far and wide. He noticed a few more villages towards the east, in-between the fields and forests, and to the south, alongside the cliff, he mostly noticed camps, bridges and beyond the fog dimmed the view. After ascertaining his position he came back down, prompting applause from the crowd around him. His chosen race really was esteemed, he noted, flashing them a smile. Whether he was in the game or was somehow dragged to this world resembling that of the game, thanks to his race he was in good position. He decided to use the villagers as pawns, to rise himself grandly through the world.
“Henceforth, Dusk Village is my Domain, and henceforth it is under my protection!” he declared in front of them. Another round of applause welcomed him, after which all people around him knelled.
A wicked smirk later, he decided it was his years to shine.

Support "The God of Lyn"