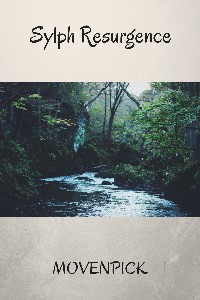 Our protagonist Kai has his mother taken away from him at a young age, an act apparently committed by demons. Now, 7 years on, Kai embarks on a new adventure as he begins the new school year at the esteemed Zion Academy in the kingdom of Nirvania, where adventures await him in a world embroiled in tensions which is full of surprises and mysteries at the same time.

A month has passed since Night Wing's incursion on the capital of Nirvania, Nirvana. However, that isn't the end of Nirvania's problems, with war against its warmongering neighbour, Miran looking ever more likely than before. To make matters worse, tensions have been stoked between the Sylph Kingdom and Nirvania by the Chaos Legion, the true enemies hiding in the darkness, opening the possibility to a war on 2 fronts.

Kai may only be a 2nd Year student at Zion Academy, but the raging storms of this chaotic era spare no one, especially given his close ties to Adeline, the Sylph Princess. Can Kai circumvent the tides of chaos and live to see the end of what is likely to be a 3rd Holy War? Will Nirvania stand strong against its foes, or crumble and be washed away by the sands of time?

2 years had passed since the conclusion of the 3rd Holy War, which was achieved by the combined efforts of the Nirvanian Army, the 10 Saints and Kai's team, which have been affectionately known thereafter as the Rising 8; a group of rapidly rising youths revered as national heroes for their contributions in putting an end to the 3rd Holy War. Moreover, relations between all 4 Kingdoms on the Central Continent, namely Nirvania, Miran, Cameron and the Sylph Kingdom, have reached unprecedented heights, ushering an age of peace.

However, danger lies ever closer, with the Chaos Legion staying low over the past 2 years, awaiting the perfect opportunity to rear its ugly head. Even though Kai had trained hard over the past 2 years to master both his demonic and Sylph ancestry, when the battle has evolved from between mortals to that of the seemingly immortal Chaos Generals, can Kai and his fellow Nirvanians rise above the odds with their allies and vanquish the chaos?

As of Book 1, the story seems about to take off with conspiracies in motion, and the first conclusion to a fierce battle.

There are almost no issues with grammar or style. Except that the narrative focus isn’t solely on Kai and can jump perspectives depending on the story the author wants to tell. And sometimes these perspectives can be interesting, but other times it can be distracting from the main plight.

Also, many of the comments have picked up convenient plot devices and character interactions that felt forced, which I can somewhat agree.

Spoiler: Spoiler
By the end of book one, there are three budding romances. Three. For a story that had well-written action scenes, the romantic plot is problematic and needs work.

My suggestion is to listen to the readers. There’s a good plot in here, good ideas, and easy to understand character motivations. I can also tell that the author is very passionate about this world he/she’s created.

There’s little confusion as to what’s happening, so I can see Sylph Resurgence as an easy and enjoyable read.

A good story with a polish could be a great story.

I know my scores are a bit vague but overall i quite enjoy the story. sure there are some spelling and grammar problems here and there but nothing too outrageous that i can't auto substitute the words as i'm reading them.

Style is once again fine it has a few issues but nothing deal breaking for me.

Story has a few issues for me what with the M.C Gaining random power ups when ever he needs them. and this is just me but i like powers to be well defined and worked through befor a new random power is added to the mix. as for the side story be very carefull about writing your main character out of your story for too long. in book 2 there are 13 chapters with the main team and 13 with side characters who aren't part of that team in the first 26 chapters. which wouldn't be a problem if they were interspersed but they are are kept seperate so you effectively have your main character go missing. As for the fights they all feel a bit same same in that they usually fight 1on1 it starts with them feeling each other out. then the good guy seems to get the upperhand  then the bad guy reveals his super secret power and looks to be getting the upper hand then the good guy reveals his secret power which just so happens to be the perfect counter to the enemy and the good guy wins. thats not to say some fights dont go slightly different but it does get noticeable after a few fights that you have a perferred fight style.

Characters. there are a fair few characters and the author does put in a lot of effort to give all the chracters atleast some definition and depth and i really appreciate that the story actually makes some of the enemy have some depth so that they aren't just moustache twirling  rapists who are arrogent young master types whose only job is to be speedbumps for the m.c to show that how awesome he is. and that some of the so called good guys can be douch bags too.

All in all i like the story and with just a little bit of a clean up it could be a great story.

by xXx_GiGgLeS_xXx Saturday, December 30, 2017 8:58:46 PM
I'm not all that good at giving reviews. Overall the story is great, a few spelling errors here and there. It moves a bit fast at times, needs a bit more details in the scenes.
Report

This one stands out, criminally underrated

I've read many stories on this site that I thought were wonderful.  Lucy Wickshire is one of my favorites, so is Wings of Sorrow.  But this one stands out.  This one is different, it's fresh, it's new, and unique, with incredible emotions and really, really well developed characters.  It's real, the story is so vivid, and everything comes to life around me.  This book sets the bar, I can't belive that so few people know about it.  The small statistics are insane, this should be on the first page.  I'll do everything that I can to promote it, although I'm not very well known on here either.  Here were my thoughts:

Style score:  A really refreshing new voice, new outlook on life.  The word choice is clever, the voice is strong and confident, lots of new insight to offer.  It's clear, the sentences are straightforward and I was rarely confused.

Story score:  The story itself is really good.  I've taken off some points because, as was said before, it was kind of cliche and there were a lot of parts that I didn't feel like were very original.  But the story itself is wonderful.  The plot is thick and intense, the emotions wonderfully captured, and the relationships between the characters best of all.  I've only read the first book as of now, but I hope to read the second and third when I get the chance.

Grammar:  Impeccable grammar, only the occasional mistake that I noticed.  A brief scan over the document should do fine.

Character score:  The characters jump to life out of this.  Their ideas are really well captured, their lives really realistic, and their emotions really well written.  You have such great ideas for characters, Adelaide and Kai both make a lot of sense to me, and I really relate to them.  They make sense.  And it's amazing.