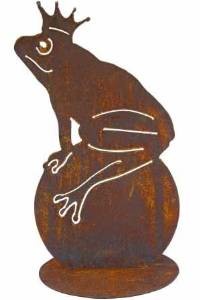 Lover of Mac and Cheese

Remove
Original HIATUS Action Adventure Drama Fantasy Psychological Tragedy Martial Arts Supernatural
A man who is worn out from the struggles he faces every day, takes his life in an act of suicide. Yet, either by a joke fabricated by fate or by the heaven’s will itself, he finds himself waking up in front of a frog.....

Watch as our protagonist struggles yet again in this new mystical world and finds the destiny that awaits him in this action packed adventure.

And just maybe, he can realize that he was never worthless to begin with…

Lover of Mac and Cheese

It's the beginning, but to me reviews are more important than follows and whatnot. It's a bit soon to judge too thoroughly, but so far, it looks like the quality is 3.5 star, though you may find the direction and hone your talent later. Two main points

1.  RE: titles are crap, unless they're being tongue in cheek. Since the MC is a frog, I sense a little bit of that, but if you want it to be more serious, I'd suggest changing it. A little bit of levity is acceptable, but the title, as hard as it is to come up with a good one, shouldn't remain like that unless you go full parody.

2. Wait, where did qi come from? The prologue sounded like the world he came from was modern with no mention of qi. I love cultivation and xianxia, but that was a bit sudden in the first chapter. You should retcon one or the other.

For me, 2.5 stars is something I would recommend. 3 is okayish. I gave you an additional half-star because it's early and probably won't end up terrible. The flow is a bit odd, but grammar and spelling are fine, so you either spent enough time checking your work, or aren't terrible at english. GJ broskie.