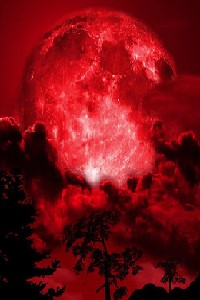 Remove Ads
Settings
Previous Chapter
Next Chapter
"Max, let's train!"
"Please, I can't take it any more."
"What are you talking about? You were too weak to kill the two arch demons alone and needed Carla's help. So you need to get stronger, right?"
"They split up! How can I follow two persons at once!"
"How enthusiastic. It seems you are full of energy. Let's train."

Max has been Luna's punching bag for the last few days. Luna's army were resting at the ruins of Nar and watching their commander beat up their co-commander during so-called training. It was pretty obvious that Luna was still angry at Max for endangering Carla. Everybody pitied him but nobody dared to speak up, with one exception.

"Luna, please stop. It was my decision. I wanted to help, Max didn't force me to do anything."
"What are you talking about? I'm just training my underlings. That is also my job after all."
"Luna..."
"Come on Max. It's the last time."
"Really?"
"Yes. We have to depart afterwards."
"Huh. It have no choice, do I?"
"Nope."

It was the ninth day after the annihilation of Irk and Luna's mission was on schedule. Everything has worked out perfectly. She had been able to lure a significant part of the demon army away from the coast, so that the human invasion force could conquer and destroy the coastal cities Nark and Ark. Afterwards they would erase the returning demon army and then turn south to finally destroy Kark. The second phase of their special mission would begin now and the thousand men directly under Luna waited silently for their orders. Up until now their only task had been to build an oversized army camp near Irk and follow Luna or Max through the demon continent. They knew that their mission was important but it felt like Luna had done all the work up until now. They waited for their orders and hoped to finally be able to use their swords. The human fleet under admiral Drogo would come into view on the horizon tomorrow. Luna was standing on the ruins of the collapsed donjon tower of Nar while the soldiers, including Max and Carla, were standing in the castle courtyard waiting for Luna to give them their orders.

"Soldiers! I know you can't wait to kill some demons. Don't worry, you will soon have the opportunity to eradicate those monsters!"
""Yeah!""

The men hailed those word. All of them volunteered for this special mission to contribute to the human victory. Many of them had lost family members and friends during the demon invasion two years ago and they were highly motivated to fight under the human hero, Luna Rubra, who saved the human race and get revenge for the suffering caused by the demons.

"We managed to lure away the majority of the demon army from the coastal demon cities. The human fleet will arrive in two days. Till then it will be your mission to occupy the Great Demon Road west of Nark and kill every demon that tries to travel west. It is imperative that no demon manages to reach the main demon army and informs them about our fleet. You will be again under the leadership of captain Kunarar and in two days I will rejoin with you and we will attack Nark together with the main army. Do not disappoint me! Your role is essential for the success of our plan! Understood!?"
"Yes!" "For humanity" "For general Rubra!"
"Let's kill those demon bastards!"
""Yeah!""

Luna jumped down from the pile of stones and beckoned Carla over.

"Hey, Carla."
"Are you really again running off alone? Please let me go with you! I can help."

Carla was worried about Luna. She always acted reckless disregarding her own life, driven by her hatred for demons. Carla wished Luna would be more cautious. She would always wait anxiously for Luna's return imagining Luna dying somewhere. She was strong but strength couldn't protect you from surprise attacks. Luna understood Carla's anxiousness but killing demons was her duty and purpose. How could she turn her back on her mortal enmity with demon kind. Carla just wanted to be with the person she loves and protect her while Luna wanted Carla to be at a safe place far away from her fight. They both cared for each other but their goals were diametrically opposed.

"No. I'm sorry, I know how you feel but I have an important mission for you."

She took out a sealed letter.

"I want you to deliver this letter to admiral Drogo. Only you, Max and me have enough mana and control over their mana to walk on water."

It was true, only Luna, Max and Carla were able to walk on water. A magician who wants to walk on water would need to coat his feet in mana - this was the easy part - and then manipulate the water molecules inside the mana sphere to form a solid surface. The principle was very similar to ice magic but it was still different from just freezing the surface of the water. The mana crystallising the water molecules for a split second was also used as a buoyant force keeping the feet floating. It was not possible to stand on water with this technique but running was feasible as long as the speed was sufficient.

"Max will go south to blockade the Great Demon Road. I want you to go east to the coast and wait till you see the human fleet on the horizon. When you see them run over the water surface and deliver this letter to admiral Drogo."
"What about you! I can help"

Luna was stroking Carla's head with her right hand while smiling wryly.

"Don't worry about me. I'm strong. I can also survive without your help but I need you to deliver this letter. Drogo needs to be informed about all the details."

Carla whose head was petted saw the scar on Luna's right arm directly in front of her eyes.

'I'm just a nuisance to Luna. She is much safer without me.'

Luna saw the sadness and self-reproaches in Carla's eyes while she looked at her scar. She didn't care about something trivial like a scar but she decided to say nothing.

'Oh Carla, you should know that I don't care about a scar but maybe you will listen to me once and go to the fleet where you are safe.'
'She is right. She doesn't need my help.'

"You understand why this is important, right?"
"Yes ... can I come back after I delivered the letter?"
"No. You stay with the fleet."
"But ..."
"How would you find me in the midst of battle? Don't worry we will meet after conquering Nark and Ark."
"Yes ..."

A single human girl was sitting at the beach of the demon continent Arkar looking at the horizon and waiting for the human fleet. It was evening and the sun would set soon. She had run through the hilly grassland east of Nar for hours before she arrived her. Now she was looking east holding tightly a letter in her hands.

'I guess I can only help Luna by delivering this letter. Why did I insist to come with her? Luna was injured because of me. I didn't help her at all.'

Masts could be seen at the horizon already.

Carla didn't know but the content of the letter was

Please protect Carla for me for a while. I will kill you if anything happens to her.

Luna had already contacted admiral Drogo with a secret magical item about the success of her mission. She had created it based on her knowledge about cell phones but paid attention to keep it a secret from Carla. Luna had never considered to allow Carla to participate in a real battle. It was simply too dangerous. But she believed that Carla would be safe at the command centre of the human army next to admiral Drogo.

Author note: Just out of curiosity, what do you think about my writing style/grammar (in general up until now)?