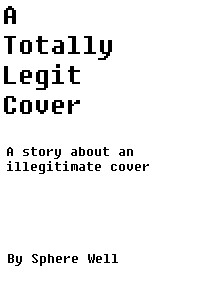 Chapter 18: The Something Epilogue

And so we began our long and arduous walk back to the settlement where my sister was conspiring to make us a good two-shoes. Now of course to avoid transforming into an unknowing little shit I had to make sure I didn't act evil. Flare prefered to remain manifested as in her own words: I want to beat the living shit out of her.

So when we finally returned to the settlement and saw that the people I had inebreated were still as such, I was relived to say the least, that didn't count as evil to some weird almighty judging shithead.

2. Genocidal Rape, you'd have to be some monster to not think of any of these.

4.Starting a war just for the hell for it, if you do this you go to hell, even stevens.

5.Sororicide, we know you're reading this Ewan.

6.Familicide, we REALLY know you're reading this.

7. Urbicide, I have nothing funny to say for this one. Just don't do it.

Great, so a dick is in charge of what evil is. So we can't exactly threaten my sister now... let's just say I did it and that I want my rewards.

GOD DAMNIT! THAT BITCH HAS RUINED EVERYTHING!

Alright so now Flare is going to be bitchy again, we have really lost a lot. My sister is evil, I didn't think that was a family thing.

Me and Flare made our way into the pretty princess' little house, when we did step in they were rather surprised, I'm not sure if they think I picked up a whore or if she is just a prisoner.

"Oh... Alfred you're back." Sylvia was sat down, fiddling about with her fingers. She is a really shit liar when it comes to putting a curse on other people. "Who is she...?"

"This is a prostitute I found on the way back from committing regicide, seeing as how I had just killed a king and was bored I brought her." If you heard such a thing you'd surely be pissed off if it was you I was talking about, but Flare didn't care in the slightest that I called her a harlot.

"You're the bitch who cast the fucking ritual on us, didn't you?" Alright, right into the pan with her. Not to say I disagree, but it would've been more fun if we waited.

"W-Wait what?" Sylvia was rather surprised, which is odd because I'm sure she should've sensed something was up when I called her a whore.

"Okay, the jig is up. You cast a fucking wishing ritual on us and you tried to make us good-natured!" The accusations are out! Let's see how she tries to defend herself.

"Wait a second... who is she? Why didn't the ritual even work? Why did the entire world burn and suddenly revert back?" Okay, so not only did she not defend herself she didn't even know what was going on.

"I'm Flaryvna, the goddess of... A bunch of shit. This is... uh... Alfred, my paragon. We burnt the world, then some other goddess decided to play God's advocate and healed it. That's about it..." for hating her, Flare is really willing to help her fill in the blanks.

"Putting all that crap aside... the ritual didn't work when it was certain to have." Sylvia looked at the both of us inquisitively... like she's figuring something out. "You killed an entirety of adventurer's over a book. You have more motivation to kill all the dragons and me... yet you aren't."

She is the only rational person, did you think she wouldn't figure it out?

If only I could kill her.

"It worked." A smile crossed her face. "You aren't acting evil because it worked!"

Alright, now that we've set that up, it's time to fuck with her.

Wait what? What exactly are you planning?

With my sister content with the fact that she had made a good person out of me through force, I took the time to just walk up and burn the dragon princess and her bodyguard. They practically were consumed by black flames within seconds and eventually became ashes on the ground.

You killed the dragon princess and her bodyguard, which is just murder and doesn't count as a great act of evil, hence we don't activate switch.

You... actually got that correct. I'm genuinely shocked. Is this really Flare?

"Oh look sis, it worked! They aren't alive anymore because it worked!" Sylvia was horrified, which is kind of expected now. "Great, now that we're done show me where they kept their shit."

"Fine..." Sylvia got over it rather quickly, I suppose she has learnt a lot from hanging out with me.

So what do we do now?

We remove this ungodly skill, murder all the dragons, kill Sylvia and then we get more ingredients for a ritual and then we become a giant robotic dragon with a unicorn and instead of scales we have fur and then we continue on our search for alcohol.

We did originally depart for that reason didn't we?

A note from SquareWell

I didn't plan on making arcs, but I'm going with it... because... for no reason whatsoever.