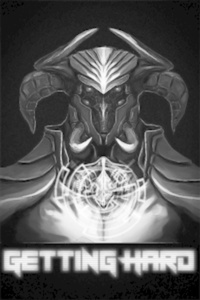 Remove Ads
Next Chapter
A note from _GD_

Author's Notes: Welcome to my story. When I first came here in RRL, I always wanted to write a VR story. However, I chose to write A Dragon Gnawing Its Tail first. I hope you readers can visit my other story as well.

This character isn't the typical MC in VR games or LitRPGs as a whole, so I'm not quite sure how people will receive him but I hope that you'll enjoy joining him in his world.

PS: If you have any ideas, suggestions, etc., just message them to me or post them in comments. Many Thanks.

The rhythmic clacking of a hundred keyboards accented by the clicking of the same number of computer mice was the orchestra of my favorite computer gaming center. Computer mice? Was that the correct plural form of a PC mouse? I reapplied the buffs on my character while thinking about the computer mice, or mouses, whichever. It was going to be very embarrassing if I died during the boss fight; I’m in the top three of the best tanks in the game. Two others were above me only because they were cashers.

I don’t have anything against cashers because the game needs money.

“Hey, Herald. Ease up a bit on attracting all the aggro. We can’t deal with all the return damage from the mob. Let’s finish this group first.”

Hunching down, pretending not to hear Paul, whose character, Arise, was an archwizard, I kept on taunting the baby monsters that the boss we were trying to kill was summoning. The boss was invulnerable while there were mobs rampaging around. Actually, the boss wasn’t hard to kill, if you don’t include his mobs. The problem was that the mobs return part of the damage they receive in an area—an area which was the nearly the same size of the boss room.

“You’re the one who’s not dying. That’s ‘cuz you’re the tank, but we’re squishy.”

Leaning back in my chair so that I could see my friend a couple of chairs down, I said, “The timer is running out. The boss will summon the next batch. We need to kill this batch now so that Dragunov can dish out some damage.” Dragunov was the sniper class in our team.

“Herald, Antalric can’t heal all of us this fast. We’re already spamming health potions along with his heal.”

“We just need one more round to drop the boss.”

“This is not going to work,” Mark, the owner of the high priest, Antalric, groaned. “We can’t beat this boss with a four-man team. Herald, we should redo this and get everyone with us.”

“We’re going to win this. And why do still call me Herald. I thought we agreed that we will call each other by our character’s names.”

“I’m not going to call you with your stupid game name.”

Dragunov, whose real name was Michael, who sat beside me, leaned in closer and whispered, “You sure we can do this?”

“Just trust me. I calculated this,” I said.

The mobs dropped liked flies under the constant bombardment of spells from Arise. They also kept on exploding when they died, dealing part of the damage they received them back to us. It’s impossible to stop the damage that they were returning to us. Antalric had to use his weaker area-of-effect heal rather than single target healing only me.

Tapping on my mouse furiously, I sought the remaining monsters at the edges of the room. The other mobs followed me, constantly hitting me while being hit back by my friends. Less than a minute until the boss hatches a new batch of babies. And my teammates were low on health. Most of the monsters were exploding at the same time, overcoming the rate of heal of Antalric.

“Guys, get back to the door! Dragunov, prepare to hit the boss.”

All of them retreated without hesitation although they didn’t know of my plan. They rushed back to the small outcrop at the edge of the boss room, right before the portal leading outside. It was the only place in the room where the reflected damage of the boss won’t reach.

The one who should kill the boss should do it from that range; any closer and the boss would return the damage to that character who dealt it…ten times. That would mean instant death to any glass cannon type character.

Twenty seconds until the boss summons the next batch and renews his invulnerability. The boss only has a sliver of health left. We’ve been at it for the better part an hour.

Dragunov can drop the boss in ten seconds. My friends were already by the door but there were still several mobs left. The invulnerability was still up. I scrolled across the screen to see Altaric and Aris were buffing Dragunov, making sure that he would be able to kill the boss in as little time as possible. Now, the rest was up to me.

Time to use my new skill.

It’s called Rage Overcharge. A secret skill of the Druidic Warrior, I believe I was the first one to discover the quest for it and complete it. I have a new bar on my screen, a damage counter, which if filled, explodes and returns damage. It’s giving these bastards a taste of their own medicine.

I activated my skill as dozens of baby bosses mobbed me, wiping the floor with their dead bodies. Dozens of numbers filled the screen as they died to my skill. My PC lagged because of the sheer number of animations on my screen. “Now, Dragunov!”

“No need to tell me that.” Red numbers covered the boss as Dragunov let lose critical hit after critical hit.

Eight, nine, ten. The boss dropped dead and covered the floor with loot. Just as planned. I leaned back with my hands behind my head and a satisfied smirk on my face. I’m so good at this planning thing.

“Woah, I didn’t know you had that skill.”

“It was a surprise,” I said with a laugh.

“That’s why you were so sure that we can take the boss with just four people. Normally, we would need like three priests to make it through the summons when the boss health is low and an enchanter to lessen the  return damage when we’re rushing to kill the ever growing batches.”

I shrugged and said. “I got the skill a week ago and was testing it out all this time to get a feel. With this new skill, we can finish this boss with a team of four. More xp and items for us. Considering xp/time ratio, this boss is probably near the top because of my new skill.”

“Sure—wait, someone’s calling me,” I said as I fished my phone out of my pocket and sighed. “It’s mom. Gotta take this.”

“You’re probably in trouble or something,” Antalric said.

“Nah, I got high grades even if I don’t study and just play games. They shouldn’t complain. I’m like the model son,” I said with a laugh.

I rushed out of the gaming center since it was too noisy inside and my friends would make sex noises if I answered the call there. “Hello, mom?”

“Mom? Are you okay?” I frowned. It sounded like she was crying. I’ve never seen or heard my mom cry before.

“Herald, you have to come home.”

“Why? It’s the middle of the semester.”