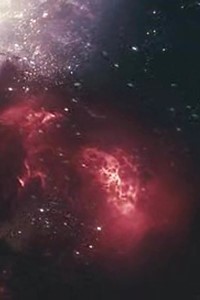 Meet Nabi Elrick ; betrayed by the woman he loves, and blinded by anger he acts rashly and it nearly costs him everything.


Nabi Elrick's actions have drastic consequences and he looses the prestige of his occupation and he sinks into an epic slump; a Deep depression. Fortunately the ?Alternate Reality Simulation? Realm Eternal rouses him from his melancholic abyss.


Inspired by; Mushoku Tensei, Tate no Yuusha no Nariagari, Legendary Moonlight Sculptor, Daybreak on Hyperion, Log Horizon and Only Sense Online. I unashamedly draw some elements from my favourite light novels in writing this FanFic.


For the Record; the Realm Eternal Mythology Revolves Around Ancient Dragons

?Written in South African English which means closer to the British Standard.?

While possessing some flaws, it is both intesting and thought-provoking.

1)An interesting and well thought-out premise.

2)The author presents consistant and cohesive motivations for the actions of their characters.

3)Presents the reader with perspectives and beliefs founded by solid arguments.

1) Strange Capitalizations. (When used in a limited fashion, these can add emphasis, but when over-used tend to distract the reader from the narrative.)

3)Overly-mechanical writing. (This is somewhat nebulous, but examples include: Character dialogue and interaction lacking emotional details, [she smiled faintly, his eyes narrowed as he replied, i.e. the minor adjectives and adverbs that allow the reader to visualize the character's thoughts and feelings, rather than outright stating them.] and the exacting accounting of coin and skill exp. The window screens are, perhaps, too detailed. While intesting from a technical perspective, they may detract from casual reading.)

Overall: Despite the characters feeling somewhat stiff, I found the story interesting and worth the read. The author does an excellent job in following the ramifications of their characters' actions and brings up a number of intersting points to consider. Hopefully they will continue writing and this review is primarily meant as feedback.

Interesting story, great work really enjoyed it. Loved the world building and scope. Great potential in the MC, starting "cursed",  without overpowering too quickly. Yes there is room for improvement  in grammar, characterization, and using appropriate level of detail.

While this may not be the unpolished gem of a professional writers later draft. This is similar to a steel blank or marble block, good material on its own, with further work and skill a masterpiece.

From what I can tell the author is very Diligent;  he didn’t just put stats up when describing each of the selectable races if you add them up they all start at with 200.

I can assume he put in some effort calculating them with in all likelyhood a spreadsheet;  that tells you something about the work.

So I assume that the FF is still in the world building faze and that’s why there hasn’t been any major action but given the action stuff in ch1 I’m confident the action will be epic once the author gets down to it.

As for the @Shyntar Review it is worthless trash; he pretends like he knows a thing or two, but you can’t fake intelligence,  and he’s been shown up to be a hack by the Author.

Shytar should have realize from the sheer volume of info and accuracy of the numbers that the Author is clearly very smart and would notice the crass attempt at cleverness.

I hope the Author doesn’t pay attention to the rants of the super fanboys and continues with what I find to be very interesting.

First I’d like to say that this is my first FF and I thank those who offer encouragements.

@ Shytar; In my experience people who preface their comment with “usually I hate giving out negative reviews” or “I normally don’t …” tend to be the opposite of what they profess. I make extensive use of spell check in my profession so your English must be different from mine.

Oh! I went to UCT at age 15, I turned 16 in December of my first year in Engineering so I never Imagined that saying that my protagonist went to Uni at 14 would be seen as some kind of extraordinary exception since there were plenty of 14, 15, & 16 year old while I was at UCT.

I expect that your reaction is a backlash of my open dislike of Overpowered Characters & short chapters. It’s rather obvious that you take offence at that and you should own that. I expected that some would dislike that comment; after all super fanboys take their heroes very seriously.

A for “Sadly most of it seems to be repetitive filler such as typing said: “Open <skill/window/whatever>” three times” This is EXTRAORDINARY LIBERTIES WITH THE TRUTH! In three chapters it was done only once in Ch2 with “Display Bifröst Realm Keys!” times 3

A little Honesty and integrity would be Helpful!

That being said I will acknowledge that it does read a bit like a manual or Report.

It seems I can’t outrun my Occupation!

I essentially gave my Protagonist an academic background similar to my own (only one masters though & no plans for a doctorate). Yes; there is a lot of numbers because that’s what I do. I find that you can’t write about what you don’t know without seeming like an Idiot.

I think the style is Refreshing

I like that you can always tell who's talking, and even though the Chapters are a bit long they're definitely easy to read.

The grammar is intact and there are very few spelling mistakes given the amount of words written.

My one complaint is that there's very little action; over 15000 words and the MC hasn't really done anything.

Though the Author calls this Golden Elf cursed it does seem a lot like the moonlight sculpture profession. However I do admit that the Golden Elf does have cursed Stats. Physically this Golden Elf seems to be the weakest, though the magic might be overpowered.

Wait do all the Elves Glow? What about the Dark elf? Is shadow magic this FF’s version of Dark Magic?

Does the Author plan to shock us with the introduction of a female lead at some point? I'll admit that the absence of "super beautiful" Female characters is refreshing.

Some may not like it but I do; just pick up the pace a little!

Too much, too little

Too much detail. But very hard working. You will be awed with the chapter length then the detail then the back story. But too much is not always good. Severely lacking in adventure. Not my kind of story. Too much info too little advancement. He wasnt even improving on his own. No self story. Always guild this guild that. And he is a mid/support class.

A glorified overseer story with more detail for detail fetishists.

Still 5 star for the epic prologue but definitely not the kind of story you can read willingly.

-1 no improvement on the author’s style

You forgot something important about storytelling. Storytelling isn't just about world building.

AWESOME MIX OF MMORPG/FANTASY/SCI-FI! with so much detail in the World Building

Definitely top class writing! This is your first piece? Well the amount of detail is impressive.  The MC definitely reminds me of the MC from Log Horizon mixed with Ciaphas Cain from Warhammer.  I can’t wait for the main world building process to dial down and for the MC’s inidividual growth and story progression to ramp up.  I hope he starts to appreciate being a High Elf and ends up showing everyone how advantageous of a race it is compared to the general consensus.

The chap length is perfect for me, I hate reading chapters too fast and then I’m wanting for more right away!  The details in each chapter is enough to keep me satisfied.  I am also glad that him and his friends made a huge profit after the sacrificing pretty much all the money they had outside of the game. Kudos!

Yep, not gonna say much.

But what I will say is this fiction is unlike most of the fictions on this site, heck this fiction could be a novel for all I'd know. It's awesome, it's good. Read it.

When I first began reading this, and learning that this does not contain an overpowered MC, I was saddened and decided to ignore this story. A few days later I realized I have nothing to read so I decided grudgingly to give this a shot…..

The first chapter I was impressed yet didn’t hold grand expectations about the upcoming chapters. Yet after fully reading every chapter released so far  I have to say this is a gem of a story. Much better than many and deserves to be in the TOP 3. Excellent story and has a MC that is fun to read about. Barely any grammar errors, well developed characters and a story that outshines many others. I am in love and hope to see what you make it out to be. BTW who will become his girlfriend/wife? I cannot wait to find out. Hopefully it will be someone just as calculation and wise like him

Well it looks like there are plenty of people who seem to like this story, unfortunately I am not one of them.  The story is almost nonexistent, the characters are flat, and the dialogue is extremely stilted.  This story reads like a tech manual for the worst Pay to Win game ever made.

And while I understand  wanting to do some world building and giving the readers details of your game system, you really only have to give them the important details.  Taking things to the 12th decimal point and listing every weapon that every character is carrying is unnecessary and only serves to bog down the already spare story.

I would strongly suggest spending more time on story and characters and less on the Excel document you built all your systems on.