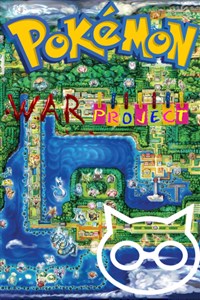 Not a story. A project.

The ones covering pokemon will cover 5 pokemon each, and I will explain how useful each pokemon, individually, will be in a war scenario.

Pokemon will be treated as glorified animals instead of game-like creatures, thus the only information that will be taken into account is the image of the pokemon, the pokedex entry, the typing, and the height/weight. Everything else will be up to my interpretations only.

Also note that these are my opinions only. I can be wrong. If you think I am, comment, and I will either incorporate the suggestion, or exlain why the suggestion is wrong in my opinion.

I will also only be covering Kanto for the time being. There are too many pokemon in the world.

Finally, if you want a certain pokemon be analysed, comment "Request: Pokemon Name", and I will include it in the next 5 possible.

If you want a certain city be analysed, comment "Request: City Name", and I will analyse the most requested cities first.

Since this is a project, feel free to give suggestions or offer help.