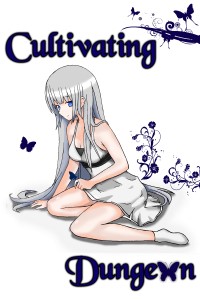 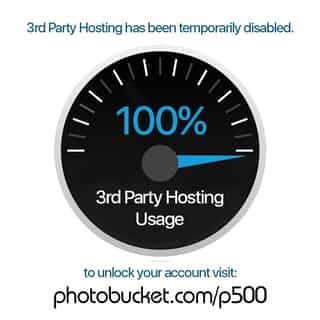 He was once hailed as the Sage Emperor, although not the strongest in the world, he was the most knowledgeable. People traveled great distances to seek him for help with their cultivation. One day he suddenly died in an ancient ruin and when he thought it was all over he was given a second chance. He reincarnated, not as a human but as a dungeon! Join our MC as he is thrown into a world of magic and fantasy!

P.S. This is not an OP MC story, the MC will be starting from the beginning. While he has the benefit of his previous knowledge there are large drawbacks as well. I want to clarify this as my description can lead to the assumption of an OP MC.

Hello everyone, this is going to be my first book and I’m very excited to write it. I had many ideas I want to write about for a long time but never wrote the out. I started reading JPN LN then got into all the Chinese LN so was influence by both types. I already read a few ln about being a dungeon/dungeon master and really enjoy and one day suddenly had an idea. What if a cultivator was to become a dungeon? A lot of these dungeon ln all have someone with modern world experience become the dungeon so they all have this advantage of games but what if someone who is straight out of a xianxia novel instead? Someone who has no idea how a more medieval fantasy world works and have no idea what a dungeon even is. This give me a lot of fun things to write about and finally decide to try writing it share it with you all! I hope you all enjoy it and please leave comments/review telling me how I can improve.

12 chapters and I am hooked.

Give me my drugs, I need my fill.

It is the first time I see a story combining dungeon and cultivation and there is potential in the story, but still too soon to see how it will develop .

The grammar is quite good and you don't get a headache just trying to comprehend what the author wanted to write.

Has potential, but still a long way to go.

The basic elements here make for some really interesting possibilities. The idea of someone from another world controlling a dungeon like this makes for some entertaining scenarios. And the fact that he was a master of Qi in his former life is a great touch, however I do  believe that an explanation as to what "Cultivation" is would greatly benefit. Assuming that all your readers are familiar with this is ill advised.

Now, as for characters, there could be some improvements.  The development of most characters seems rushed and haphazard.  And then there are those like George, one of the antagonists. He is terribly cliche and it really makes him...unbelievable.

Your style could also use some work. At times it seems rushed and then at other times you seem to lose focus and ramble on. your focus shifts a lot throughout and it can really hinder the "flow" of the story. I often found myself skipping chunks of text.

Obviously your biggest area in need of attention is your grammar. I know this is something that has already been brought to your attention, but really, it cannot be stated enough. As it is there are times where reading it just made no sense. These are few and far between, but those are the extreme cases. This is your biggest hurdle it seems, but if you can get past it , along with your issues with your writing style, you could have something really special here.

Okay I am seriously liking this

The story setting may not be unique but instead is different as the protagonist was and is different. He tries very hard to teach, grow and strengthen his army and is also trying his best to understand his new situation, while at the same time growing from his mistakes

I hope the author keeps this going as it seems interesting so far and I would like to see where it goes .

A very good introduction into a potentially long story with nice pacing. Just keep it up, I love series with hundreds of episodes.

I have been reading up to chapter 16 and really love the theme and potential of the story. First of all, the release schedule is consistent! That is a big plus for me personally. The author hasn't missed a day yet which makes me look forward to the next day rather than wondering if one will be out the next day.

The combination of xianxia and a dungeon master story is really amazing. Lots of potential to grow since you are basically mixing two different kind of genres and worlds together which leaves open a lot of possibilities. But at the same time it also means it can take a wrong turn easily, however so far the story has been going along fine and I am very much looking forward to more.

The only downside I have seen so far that some chapters are rather lacking in grammar. Now I know that the author is finding/has found editors that will fix the chapters  so it should be improving fast. But as an example, the first two chapters say they are edited but I found loads of mistakes allover the place which breaks the immersion a bit. Especially with past/present tense. But the later chapters are improving a lot in grammar and some chapters I hardly notice any mistakes. I just recommend the author to go over the early chapters again or have a different editor take a look and fix them.

I will be following this daily! Great job so far!

Seems to be a Good Future for this one...

I just caught up to Chapter 13 and so far this story has me hooked pretty deeply. I've been fans of dungeon stories for a while now and this one is shaping up to be another great one. Highly recommended to any who seem to like these type of stories. Grammar wise I don't see that many blinding errors, sure there are some but they aren't gonna ruin the story for you. Author-san if you keep up what you are doing I see this story going pretty far!

This is quite a good story. Grammar is all over the place, but it is readable. But the story and premise are just so good that I can ignore it.