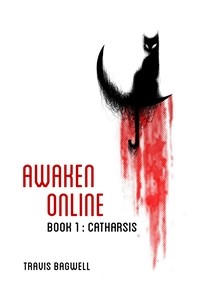 Well if you cannot read it here, then why keep it here?

This is a site where amateur authors write for free. If the author want to become a full pro and move elsewhere, good for him. But here, letting a few chapters for advertising and a link to a paying site is similar to spiting in the readers's faces.

What prevent any author writing elsewhere to post a few chapters here as advertising with a link to his other site like this one is doing? Or any author a little popular to do the same? There need to be a clear distinction of what you can read or not here.

I am not posting this review because I am against authors getting paid, I buy quite a few myself, nor because I am salty for something I am reading to suddenly become paying, since I couldn't even start it to begin with. I don't doubt the storie is good, with how positive the reviews are. I am just wondering why the mods didn't revome it, sice sadly it doesn't seem have its place here anymore.

Or maybe make a new section for these kind stories that you can't read here anymore, so that while browsing, you browse things you can actually read here.

Hp is like change new world, so a decapitation is an insta kill, a lvl 1 could theoretically kill a lvl 130, etc. Skills are learned by doing, and not insta learned, stats can be gained through doing and not solely leveling. In my opinion this is the best type of virtual reality fiction.

Goal, our goal is escape, revenge, and fun of course.

Overall 4/5 not enough character development as of yet, but I expect to see that change over the coming chapters. Give it a try, I think the author has commitment.

Bloody Briliant this is.

First of i read the whole thing so far in one sitting and was completely sucked in by the story. Perhaps that is because i can put myself into this character fairly well but above all the story is well written. The Mc is intelligent and plans out his moves with neat precision.

I will refrain from spoiling any of the story, but i have to say its a new aspact of virtual reality gaming that i have not seen anywhere else. Although somethings are indeed similar to more well known stories such as Legendary Moonlight Sculptor.

I really enjoyed the read and i think others who read this will enjoy it as well, the author seems to be releasing chapters at a rapid rate, I can only pray he keeps it up!

This piece has a lot of potential.  There is a lot of detail, the characters are interesting and well fleshed out, the VR system has some interesting quirks and I actually want to know what happens next.

Evil never looked so good. In fact, it looks Amazing and Disgusting.

While Jason in game is definitely no saint (I mean, he does some awe-inspiring shit), but his gaming experience started right after years of torment added up and the last straw broke the camel’s back. What that means is that (with some guidance from a ‘friendly?’ diety) he went into the game with a drastic need to vent, and vent he did.

Currently, we’re now getting to see what he’s going to do now that he’s vented and has to deal with the consequences of his actions. I can definitely say I’m looking forward to it!

Now, if you’re wondering why I say ‘it looks Amazing and Disgusting’, that’s because that’s one way of describing his awe-inspiring act. It also describes the antagonist – it’s amazing that he get’s away with his bullshit and said bullshit is disgusting.

If you’re also wondering why I docked a star from character; character development in this story is good, don’t get me wrong. But this story only has 28 chapters out so far and it’s chokabloc full of action! There’s nothing wrong with that at all! In fact, the more I write this, the more I feel like giving it 5 stars too (and that’s why story has 5 stars instead of 4) but all this exciting action and detailed characters means there are other characters we lack detailed knowledge about. I feel that once there’s a calm moment (ohmahgawd is that even possible anytime soon?) we need more good stuff about your characters – NPC and human. [Aka, once you have 50~60 chapters up, I could probably give character 5 stars without a doubt, probably because your PoV change at the start of each chapter allows us extra perception or just pure enjoyment from seeing the reactions of others.]

To potential readers; if you remember that [Mature] tags exist for a reason, and you’re still willing to read this story, then you’re going to have a blast.

Book One (of a planned trilogy) is complete (ignoring planned editing). As a (new?) fan, I’m hyped for more. What I have read has excited me so very much that I’m looking forward to the next installment without a doubt. There is so much more to explore in both the game world and ‘real life plots’, the book has a proper ‘book one’ ending (aka an arc ends while a cliffhanger for book two appears), and the story quality is without a doubt good.

*WARNING*  EXTRA HEAVILY BIASED OPINION BELOW! READ AT YOUR OWN RISK!

[In fact, if da3strikes could find a way to make his ‘additional main characters/important side characters’ more “addictive” , then I’d be able to compare the quality of this story to The Iron Teeth and HTADOADB. Currently though? If I had to compare the excitement I feel for this story to another, I’d compare it to the hype I have for Tidal Lock. As for a story I’m hoping it will match? Savage Divinity!]

Great everything for me so far :)

I am really enjoying this story.  I wouldnt mind if he took the totally evil route.  Its not often that you can find a good story with an evil mc.  And its not like he has to always kill people for corpses.  Animals work for corpses to.  Anyways just keep doing whatever you are doing because its awesome :)

He actually went and did it.

Remember how this author told us someone was looking to publish his series an actual series, not just on Royal Road ? well he actually did it, and went straight to one of the best Fantasy series of 2017.

The main character's skill set and story line is very similar to the main character of play to live by D.Rus. The author takes the core concepts and plays off of them brilliantly. The grammar is great for a RRL novel and story is overall pretty damn good. I have a rough time seeing the author take the storyline anywhere where it doesn't crash and burn but I am looking forward to what he does with it regardless!

I will be reading book 2. Hurry up and start releasing chapters again :)!

the reason i say its not for me is due to personal preference so it doesn"t mean the story is no good.