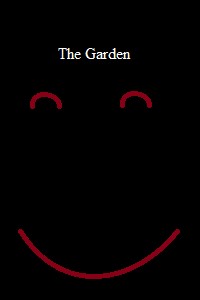 Remove Ads
Next Chapter
Three minutes had passed in my Calculus class, but it felt more like thirty. We were covering a subject I had already studied on my own: basic integration. The temperature, clearly summer worthy, was stifling any energy I had. Still, with only this class standing between me and the freedom of the weekend, I wasn’t willing to get caught sleeping and sent to detention.


“Rob,” the professor’s voice called out to me, “why don’t you come to the board and answer this question.”


I had been expecting it. Professor Kline always called on me to do the first problem. He was the one teaching my advanced lessons, after all. He knew full well I already knew how to do the work. It saved time and the embarrassment of a clueless classmate.


I stood slowly, the white shirt of my uniform sticking to my skin, and made my way to the front. Normally I’d have been subject to snickerings of ‘teacher’s pet’, but the weather was much too hot and apathy reigned supreme in the classroom today. I scratched the chalk on the blackboard and solved the problem quickly. Wiping the white dust off my palms, I returned to my seat to stew in sweat until the bell rang.


Today moved slow, like all Fridays did, but now it was time for the weekend. I could feel energy flooding through me as I packed my bookbag with the things I’d need for my weekend assignments. Normally I’d be assaulted by Steve Rockwell and his gang of dullards around this time. Thankfully, it seemed even they were being incapacitated by the heat.


I left the school building from the back door on the East end. My home was about a mile away in the same direction.


“Hey Rob!” I heard a familiar voice call out to me.


“James,” I replied curtly, trying not to waste energy on such a blistering miserable day.


“We’re meeting up tonight in Xternity Online, right? The Guild’s finally finished your crafting house, y’know! We wanted to celebrate,” said James with an upbeat smile. He seemed to be packed with vigour despite the temperature. Though, to be fair, he was always like that. Even on the day he lost his mother he was smiling and acting tough.


“Nice. After the celebration I was hoping you could get to finishing up my Landstrung Wasp Staff.”


“Sure, James. I was planning on finishing that tonight anyhow. I also need to finish the guild’s new shield runes too, though, so you might not get it until later tomorrow,” I replied as I started walking.


“Ah, that’s right. You need to finish those up soon. Desert’s Prince Guild has been really riding us hard. No telling when they might come for a raid.”


James and I continued our talks until we reached the fork on Elm Street. He gave me an awkward hug before running off towards his house. With a sigh, I dragged my feet the rest of the way home. I did grin, though, when the asphalt finally turned to dirt. Say what you will about dirt roads being unclassy, but they certainly reflect less heat. I stopped at the mailbox at the end of our lane and checked it for anything new. It was empty so I closed it and walked on.


My home, as always, was a depressing sight. The lawn was freshly mowed, but the well-maintained grass had an odd juxtaposition with the paint-chipped mobilehome sitting behind it on stacked cinderblocks. A small pile of old tires sat off to the side.


I walked inside without stopping. As usual, the door was left unlocked. Who in their right mind would try to rob us? It'd be a waste of effort. Our full grown German Shepherd acted as a good deterrent, too.


I was greeted at the door by the mutt Emma. I don't call her a mutt to demean her; it's what she is. I’ve always suspected she had some Labrador or Pit Bull blood in her. Short fur and rounded ears weren't characteristic for a German Shepherd.


The dog glomped me; She showered me with kisses. It took all my strength to push her down. When she was on her hind legs, she stood as tall as I did. She was a big dog. A very big dog. She was also a complete cuddle monster with me, but to any stranger approaching our home she was a considerable threat. Most mailmen refused to deliver to us because of her, so we ended up placing our box at the end of the lane.


“Hey kiddo, you enjoy school?” Asked my Mom. I smiled when I saw her. I never took much after my mother, unfortunately. I was a bit jealous of her fire-red hair. It shined in the sunlight like polished brass. I was stuck with a brown mop on my head, inherited from my father’s side. I did have Mom's green eyes, though.


“It was hot,” I replied succinctly.


“Yeah, it’s been miserable. Old Farn next door turned on his sprinklers for Emma. Be sure to thank him for that later.”


“Sure thing, Mom,” I said as I walked to our tiny dining room table and set my bookbag down, “I’m going to get started on my homework so I can play with James later.”


“Alright. By the way, I picked up the mail earlier. Your report card came in today.”


“All ‘A’s again. I’m glad you take after your father in smarts,” she replied as she ruffled my hair a bit. “I’m going to watch Oprah for an hour or so then start dinner. We’re having pork tonight to celebrate. I’ll keep the volume low for you.”


I couldn’t help the goofy grin that spread across my face. It wasn’t often we had a real dinner, and pork loin was my absolute favorite. With that in mind, I devoured my homework. I began with math, considering it was my best subject, and tore through it in twenty minutes. It was mostly review work. I set on chemistry next, but that was a bit more grating and made me irate. Our quirky professor preferred teaching more obscure information over the things necessary to solve the workbook questions.


It took me over an hour to finish. Delicious smells filled the room. The sauce gave off a tangy odor much like barbeque. I could make out the scent of rice pilaf, too. Of course, knowing mom, she added quite the quantity of onions… But that wasn’t a bad thing. I wasn’t as fanatical about onion as her, but I often enjoyed it with my rice.


I put away my homework and cleared the table. Then, because she was whining, I filled Emma’s bowl with dry food.


“Ah, I’ve already fed her twice today, Robert. The vet told me that two bowls was enough at our last visit,” called my mom as she plated the food. I quickly stopped pouring kibble into the bowl. Emma attacked what little I had already dumped in, though. I wasn’t about to stop her from eating it, that’s for sure. One of the few things I've been taught about raising dogs is to never mess with them at meal times. While I’m absolutely certain Emma wouldn’t take a chunk out of me due to our familiarity, another dog in her place could easily snap under the same circumstance.


We sat down to a nice dinner for the first time in over a month. My emotions roiled. I thought I was numb to these feelings, but even I had some cracks in the end. It felt nice to eat a good meal with Mom. All my struggles in study were worth this one moment.


We spoke about how our days went, we told jokes, and we both slipped Emma a scrap or two under the table. Not even the broiling heat ruined my mood.


Normally we’d eat some junk food like mac’n’cheese or ravioli in front of the television. This, though, was something special. Today was a good day. If only dad were here...


After dinner I cleaned up the tableware, wiped down the table, and then set to work finishing my homework. It only took me about another forty minutes to complete. I still needed to read a few chapters from To Kill a Mockingbird, but I figured I could just do that on Sunday night.


I went to my room and flipped on my old computer. With a smile I pulled out my Mark 6, a very old Virtual Reality headset, and jumped on my box spring. I slipped on the helmet and selected the game Xternity Online.


When I was younger, I worked three summers straight to be able to buy this computer and headset. Now it was considered outdated… But it was good enough for me. I didn’t need to pay a ridiculous amount of money for a few more pixels or ram.

With my mind at peace, I hit the start button and felt my consciousness get sucked up into the virtual world.

Bio: I'm a professional slacker and shirker of responsibility. If you ever read anything I've written know that I am deeply embarrassed by all of it. I've dreamt of becoming a writer since I was in seventh grade, when I was 12. I am 26 (soon to be 27) now and this is the closest I've gotten. If that doesn't depress you at least it'll depress me. I can be bribed with skittles and energy drinks.