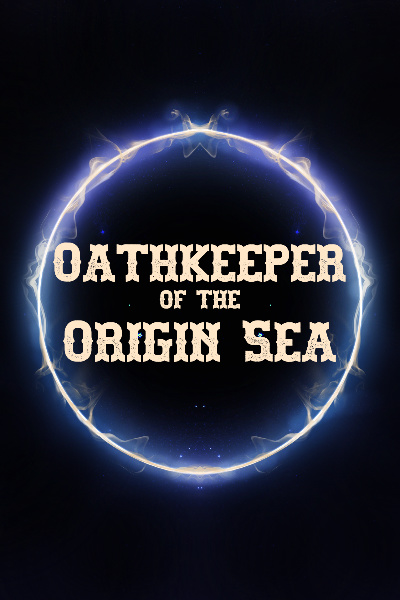 Oathkeeper of the Origin Sea [A Cultivation Progression Fantasy Series]

Roots always depended on the conviction that one had behind laying those Roots. If his conviction was strong, so would be his Roots. Similarly, if his conviction was weak, so would be his Roots. Ernith wondered if he should change the convictions behind his Roots. His father was not even a proper Arcanist, but just a False Arcanist who did not even dare to create Arcanas. In comparison, he was aiming to become the best, the greatest of all. Thus, it was only natural that the Origin Sea demanded strong Roots from him. However, he had nothing, neither the appropriate Roots, not the price to pay for it.

Perhaps, it would better for him to aim for things that he could handle. But… his heart refused to give up. And so, Ernith focussed even more within himself, searching for something, for anything, that he could take as his Roots. And his search, he soon found himself thinking of the man in his dreams.

The man, whose memories he saw in his dreams, never gave up. No matter the condition. No matter the difficulties. Even when he was abandoned by the world, and by the Origin Sea, he never gave up. And he always kept his promises. His name was Alnea Oathkeeper. Ernith opened his eyes, and looked back at the kaleidoscopic world of endless colours, and lights, the Origin Sea.

“And the price for breaking that covenant, would be my everything. My achievements. My progress. My Love. My memories. My Spirit. My life. Everything about me will belong to the Origin Sea, for it to claim, and do as it sees fit. In other words, the moment that I fail to keep even one of my Oaths, I will be devoured by the Origin Sea.” After a slight pause, he added, “I, Ernith Tresting, son of Raun Tresting and Ciena Tonrow, am giving up my name to the Sea of Origin. Henceforth, I will be known only as Alnea Oathkeeper.”

…WILL IT BE ENOUGH?

WE DO NOT KNOW…

WILL HE GET DEVOURED?

HE MUST NOT GET DEVOURED.

“And today, I take my first Oath,” Alnea Oathkeeper declared to the Origin Sea. “It was because of practising an Arcana that someone else had created, that my father ended up getting devoured by it. And so, I will never use the Arcanas created by other people. Maybe, I will take some references from those Arcanas, but that will be it. For all the time to come, I will practise only those Arcanas that will be created by me. And through my Arcanas, I will become the greatest Arcanist, and the greatest Wanderer of all.”

…IT WILL BE ENOUGH.

“As for the price of being able to lay my Roots, I–

THERE IS NO NEED.

“What do you mean?” Alnea asked.

THE PRICE HAS ALREADY BEEN PAID.

“Already been paid? Then…”

Alnea felt a strange sensation spread throughout his body, or rather, his Spirit, before it surged outwards from his Spirit, and into the world around him, connecting his Spirit with it, and bringing all kinds of sensations with it. The world around him was not just a world of sounds and colours anymore, but it also had its smell, touch, taste, and much more. It was a world full of endless life, and he was a part of it, or at least, connected to it. And with that connection, came the chains.

YOUR ROOTS HAVE BEEN LAID.

Gigantic in proportions, maybe larger than even mountains, the manifestation of the chains caused the Origin Sea itself to churn, pushing aside all the Aspects in their way. And with that, the world, that just moments earlier, was composed only of glittering, and brilliantly shining lights, gained an addition of gigantic illusory chains circling around him. Though they looked illusory, there was no denying their existence. After all, not only could he see them, but he could also feel them.

WE DID ALL THAT WE COULD.

Yet because of how massive those chains were, even when the radius of the circle they covered was thousands of metres, they were not finished with just making one circle around him. And so, the chains continued with their motions, wrapping themselves around him, criss-crossing each other as they did so, trapping him within their confines. Just like that, within moments, the encircling, and criss-crossing of the chains formed a large shell that completely isolated the region of the Origin Sea that his Spirit was in from the rest of Origin Sea. And right with the formation of the shell, he felt something click inside his Spirit.

THE REST IS UP TO YOU.

Staring at the chains, and the Origin Sea around him, in a daze, Alnea felt a huge pressure descend upon him. It was as if someone had placed an entire mountain on his back, making it hard for him to breathe and move. Though, on second thought, he did not have to breathe in his Spirit form. Still, the pressure was too much for him to handle, and it really did make his chest feel heavy, while also making it hard for him to move.

He did not panic though. The moment that the pressure appeared, Alnea knew that it was because of the chains, his Roots. They were covering not only the part of the Origin Sea that his Spirit was in, but they were also binding his Spirit. It was all part of the price that he would have to pay. The moment he broke, or failed to keep his Oaths, would be the moment the Origin Sea would claim him for itself, devouring him, like it had devoured his father.

Unfortunately, his Spirit was still too weak. He did not know exactly how much time had passed since the Scholar had awoken his Spirit, but by his estimates, and from what he had seen of the Spirit Awakening Ritual of the other people, it should not have been long. Even if it was long, it could not exceed a couple of hours. And so, it was only natural that his Spirit would be weak. It would get stronger in the future, but at the moment, his Spirit was at its weakest. As such, his Spirit was unable to bear the weight of his Roots, and was buckling under its pressure.

NOW, YOU MUST RETURN.

If just one Oath was this hard to bear, for a few moments, Alnea wondered how he would manage taking, and keeping Oaths in the future. However, all his worries were soon quashed by his conviction, and determination. He was not scared. He refused to be scared. After all, he had only taken his first step. There was still a long journey ahead of him. The journey to become the greatest Wanderer of all, no matter what.

RETURN TO YOUR WORLD, ALNEA OATHKEEPER.

An extreme sense of exhaustion hit Alnea the moment that the words of the Aspects of the Origin Sea rang out in his head. It was as if they were singing him a lullaby, luring him into a deep sleep. Or maybe it was because of his dizziness. In any case, he felt more tired than he had ever been in his life. It was a miracle that he had been able to retain his consciousness. Still, he could do nothing about his illusory Spirit beginning to fade away from the Origin Sea, returning to his world, to his body. As the Aspects had said, the time for him to return to his world had come.

But just as his Spirit was fading, and was about to leave the Origin Sea, Alnea felt the reluctance of the Aspects to part with him resonate with his heart. It was evident in both their lights, and their voices. And maybe, even in their smell as well. They did not show it, but he could tell by how they just kept flickering off, fading away into the Origin Sea, plunging the area around him into darkness. They were lonely, just as he was. And they felt abandoned as well.

Feeling a sharp sting in his chest, Alnea bit his lips, and looked around himself, looked at the Aspects. They reminded him of his own father, and how he had abandoned him, and his mother… They reminded him of the how the other Alnea, one from his dreams, had been abandoned by the world, by the Origin Sea itself. Were the Aspects feeling the same?

“I, Alnea Oathkeeper, take an Oath, that I will always be there to play with you, the Aspects of the Origin Sea, whenever you want to play with me.”

Just like that, another set of chains manifested around the shell, overlapping with the chains of his first Oath. And though they were so far away, Alnea felt as if those chains were wrapping around his Spirit once again. But before he could marvel at those chains, an intense headache hit him, while his Spirit felt extremely constricted, and suffocated. Rendering him almost incapable of thinking anything, they soon forced him into unconsciousness. Still, as his Spirit, fading from the Origin Sea, lost the last trace of his consciousness, he thought he heard the Aspects call out to him once again.

WE WILL AWAIT YOUR WANDERINGS, OATHKEEPER.

Bio: Trying to show everyone the world that I see