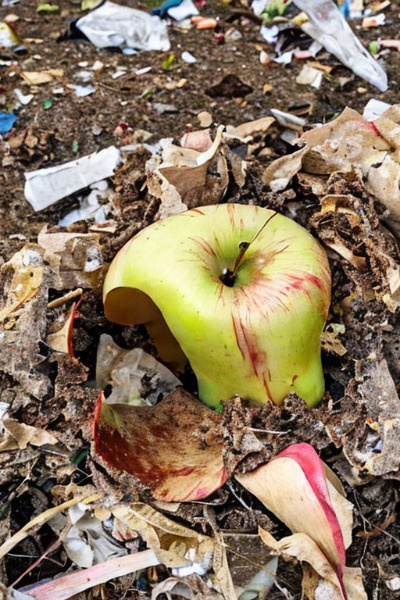 You guys are freaking awesome.

Here's more garbage for you to consume. Oh, wait, that too sounded weird. But if you are still here, hey, we're not judging.

After all the excitement of the last two chapters, this one is a bit more relaxed.

I would keep Marshall at arm's length. The arms of a Dungeon were as long as its tunnels. I felt like I was exposed to ethical dilemmas and failed at every corner of the path. But handling the snake-tongued man might be better than just playing Atari 2600's Crackpots with the bugs he sends crawling into my home.

So we crafted a treaty. One that was very good for Marshall. but granted me peace of mind. I also learned the name of this settlement. It was called Pitsmouth.

People with the proper Skills could place two willing partners under a contract. Marshall had a sub-Class (of course he had) that granted this Skill. The System would enforce the treaty to the letter, not the spirit.

Marshall brought a professional Architect to guide me in building the walls. While the Architect designed his shit, I extended small tunnels running twenty feet underground in the cardinal directions for a maximum of ten miles away from my shaft. Then I went down to a hundred feet of depth and extended for another five miles just for the sake of reach. Then I joined these tunnels to form concentric rings every 100 feet, still safely buried. This allowed me to quickly react to whatever layout they needed while also gathering a good chunk of Dungeon Mana. I rose fifty-foot-tall pillars every thousand feet and started consuming the ruined buildings for good with the beacon. Shine it from the pillar, and eat the building. I went slowly, unwilling to reveal my real Materialization speed.

I also had shit to make in my Dungeon. I gave up replanting the first-floor maples and just paved the whole floor. It was now like the Mines of Moria in the Lord of the Rings movies. But I went down and built up to floor eight of the Dungeon. Instead of maples, floors five through eight were five times as big with a square mile of room, and hosted several different types of plains biomes. I wanted to see which one gave the best Exp turnover and then improve on it. I populated each floor with the animals my Skill told me to put there, taking note of the mutations they received from Genetic Diversity.

No way I would depend on the surface to farm Exp. The Perks I received would allow me to steadily and, more importantly, passively gain levels. I also noticed they didn't have diminishing returns with my levels but most of them scaled with the square root of the quantity. Doubling my efforts would only give me 40% more Experience than before. But given enough time...

And talking about seeing, let me use the Daydreaming power before I forget. I was getting used to and even welcoming the feeling of expanding my perceptions into the cosmos.

There's no definite set of magical Elements. What Elements exist in each world and their interactions are all defined by the imagination of the creatures living therein.

Okay, Universe-Chan. Thanks a lot for today's nugget of wisdom.

The Architect came back with his plans a few days later.

The standard wall section was sixty feet tall by thirty wide and fifty long, with tunnels running on the inside for troop movement, a set of stairs between the tunnels, a steel trapdoor closing the access to the top with a sturdy latch on the inside, crenelations, machicolations, and a stair leading up on the inside. Underneath each wall corbel, I had a niche to install one weapon. I insisted to add depressions underneath the corbels to add more weapons, ensuring him it wouldn't hurt the wall integrity. After a heated argument where I started dropping the pebbles with my replies on the man's head, we agreed to narrow the inside wall to one foot if I could prove it was tough enough.

I gave him a sheet of reinforced glass one inch thick to play with. He had mages try their magic against the glass, then a siege engine was built to shoot the glass. When they failed to break it, he agreed to narrow the inside wall and widen the inside tunnels by two feet.

Every 200 feet he added one tower. This tower was a hundred feet tall and at normal wall height, it extended forty feet out from the wall in a wedge shape, to allow the troops on top of it to shoot at assailants trying to attack the walls. Inside the tower, he had barracks and other facilities like storerooms. An archer nest on the very top of the tower granted the defenders great visibility and height advantage.

The settlement would have eight gatehouses, each of them a cube sixty feet on each side. The gatehouses had a tunnel with two massive portcullises on each side, murder holes in the middle, and several troop facilities on the inside. The whole wall complex could be its own mini-city.

A circular area with a diameter of one and a half miles was closed-off for farming. It was defended by the same wall setup as the settlement walls but with an arched glass ceiling. I erected the walls, set the inside to glow following the day and night cycle, and set the glass dome to also shine faintly. It was not enough to block the sight of the sky when the Sun was out but it would help crops grow on overcast days. Since this would eventually go inside the city limits as it expanded, I had no weapons on these walls.

My pit was also walled-off but with thin walls, (as compared to the massive city walls) just to stop people from accidentally falling inside or attempting to enter.

Finally, another area a mile wide was walled-off to be Lord Marshall's castle grounds. I provided the walls but no other defenses for the same reasons as the farmland. I would also not touch Marshall's castle, which would probably be enchanted and warded to high hell to keep me from peeking inside.

That was all for the civilian installations. Coming up, the tower of beasts.

> Your training and knowledge improved your Engineering Skill to rank VI. With proper planning, the execution of large construction projects is 5% faster and 2% cheaper per rank.

Since I couldn't put the training facility underground, the solution was to go up. The Architect and I designed a massive boxy building, six hundred feet in the side and without windows where each floor would be harder than those above. Each floor was also a hundred feet tall with a painted fake sky. Long ramps ran up along the outside, allowing people to access the upper floors without going inside. The ramps were wide enough for two wagons and two lanes of foot traffic side-by-side with a stone wall four feet high to keep people from falling down.

The top of the building was also walled-off but it wouldn't be used as it was too exposed to flying Infernali. I installed a couple hundred ballista there to shoot at flying intruders. To keep them compliant, they were in the middle where they wouldn't have the range to shoot at the city unless I shot almost straight up. And the weapons didn't have that much range of inclination. After some ballistics calculations, they were approved.

The first floor was a lightly forested prairie with tall grass, inspired by North America. Some of the animals found there included raccoons, quails, turkeys, a few wolves dens in the hills, and a throng of rabbits prowling around. Five streams ran through the soft hills, with fish and beaver to be caught. Berry bushes sated the hunger of both rabbit and delver. This was an adequate floor for delvers levels zero through nine.

The second floor had more diversity, with the addition of animals like deer, boars, snakes, jaguars, and bobcats. The vegetation here was from South America. The rivers had some marshes in the bends where alligators waited to either eat someone or get turned into boots and bags. Piranhas swam along the fish also, to spice things up. People levels ten through nineteen could try their luck here.

The third floor had bison, cows, horses, zebras, honey badgers, deadly snakes, gnu, buffalo, gorilla, hyena packs, and even a few lion prides. I tried to imitate the African savanna on this floor. Those trying their luck near the water might be attacked by a hippopotamus. Lord Marshall's people fought some of these animals and decided they were okay for levels twenty through twenty-nine.

Finally, the fourth floor was more like the second but some areas were only borderline plains. The "forests" here had bears and tigers, and the bodies of water hid some crocodiles and anacondas. On the plains proper the delvers would run into elephants. The limit here was level forty. People above forty could fuck off and go hunt Infernali in the wilderness.

All the floors had enough trees to allow my Peace of the Forest to cover the whole floor. That meant no spot was more than fifty feet away from a tree. Logging was explicitly forbidden.

> You received the NetHack source code.

I was certain the aliens had backed up the whole Internet and now were trolling me.

The what? I got a bunch of .c files. This is a game. Still not what I wanted but I would accept whatever code I could get my robotic hands on. Speaking of which, I had some free time now, time to work on the LCD monitor BIOS code. I made little progress but earned exactly 256 Experience from the ghost of professor Donald Knuth. No, not really. Just the Perk named after him.