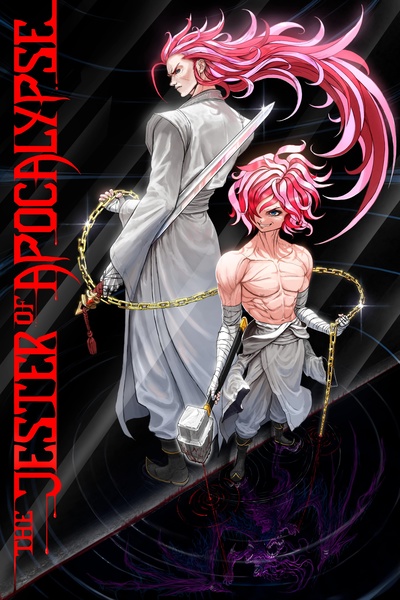 i mean mad in a literal sense, the main character is quite insane. still a great story so far, thanks to a very well done time-looping arc, as well as some very intense and gritty battles. i'm not too sure where the story goes from here back in cultivatorland, which honestly makes it all the more engaging. plot progression is good. no issues with syntax or grammer. overall, worth reading.

A Fun Take on Cultivation!

The story keeps you interested. Several characters have been setup in addition to our protaganist, hinting at the possibility of many interesting stories with reocurring characters ahead.

As for our main character, he gets into plenty of fights. Honestly, a bit too many for my taste, but I'm confident that many fans of the genre won't be bothered by that at all. I'm curious to see if he has already achieved the final form of his personality, or if he will grow/heal into something else. The title points the obvious, but that doesn't mean that this story won't end up with our hero no longer being the 'Jester of the Apocalypse'!

It's still early for me to review a fiction, but since there are no other reviews I figure I should put one out there.

As of this review, we're 9 chapters in and have made it to the arc promised in the description - the 'hellish loop'. I think we might even be getting close to the end of the loops, but it's hard to say. That depends on Neave succeeding at what he's trying this time.

The interactions at the sect before Neave was trapped made sense; they were well-written and the people were understandable. The time he's been trapped has also been well-written and understandable, showcasing the environment, the challenge, and Neave's various issues and attempts to overcome it. It keeps moving and doesn't feel stale.

I'm personally looking forward to seeing how Neave handles things after he gets back out; that's going to be a make-or-break point for the story. He's been changed by his time stuck alone, but what does that really mean when he's back with people?

I’m not sure about that ending

I quite enjoyed book one for the most part. The time loop sequence that takes up most of the story here was very entertaining. Even once they left the loop, the larger world building was interesting and engaging. Unfortunately, once the character left the loop and began to demonstrate what would I suspect the title of the book hinted at, I was left at somewhat of a loss. The character seemed insane, but not in a good way. The joker is mad but he operates within the bounds of logic. I didn't understand why the main character was doing most of the things he was doing through much of the final arc of book 1, and while that felt intentional based on the events, it also felt very unsatisfying. Truly mad people doing insane things for no discernible reason doesn't make for great reading. The rest of the story was a 5/5 for me, so unsure ending drops it to a 4.5.

TLDR: Couldn't get past chapter 2, do not recommend.

There are grammar issues and the overall style is verbose. In the first two chapters, facts are told to us nonstop, and yet nothing is shown. I do not understand why the protagonist refuses to become a cultivator since the justification is that the 'The heavens spanked quite hard after all'. This sentence is treated as common knowledge and then the story goes on for several pages on how the sect beat the ever-living crap out of our MC so I'm confused. Because what it seems like is being told to us is that the heavens are known to spank quite hard, but it is the sect that we should be scared of. This is not the case.

The characters are also...painful to read. The protagonist (and most of the rest of the cast) is uhm...an edgelord who believes he is better than everyone and has delusions of grandeur. He is aware he has delusions of grandeur and yet leans into them. He constantly monologues on how he is better/smarter than everyone else and then he is beaten to shit. I am getting mixed messages since this isn't how a smart individual handles such a situation and only reinforces his idiocy.

The worst offender is that the fiction thinks it is a spy thriller. It is constantly putting the setups before the payoffs without any understanding of why -- and when -- such a writing style works in the first place. It is infuriating and drains all suspense and attachment from the story.

Overall character motivations are murky, the style is poor, and the setting is boring. Do not recommend.

I'm always down for a good cultivation story, so I've given this one more leeway than most.

At the story's start, the main character is abrasive, stubborn, foolish, and intelligent. He then gets stuck in a time loop of sorts. All of these character traits actually become somewhat benifical in this situation. I also love time loop stories for the tension trying and failing repeatedly brings.

He eventually frees himself from the loop, at which point he's basically the same characterwise except both powerful and insane. Which is fair considering the circumstances, but what worked for a time loop story doesn't work what ever the story is turning into.

In my opinion, he is unlikeable, unrelatible and without motivation. Neave wants to survive, get stronger and kill some people at this point. Combined with his insane, foolish, self destructive tendencies with no indication of getting better, I was honestly more interested when he just wanted to run the library.

There were some neat ideas, however I just can't see whatever path the author is going to take to bring this story to a satisfying  conculusion.

Written extremly well with an interesting premise that got me to binge all the available chapters. I dontt really know how to explain the smile I had on my face reading this. I've read alot on this site and very very few feel this tight and well written with so few chapters.

The author should add comedy tag

The story is great, the loop is satisfying and the characters are well written and reasonable.

But the thing I didnt expect was the comedy. Or should I say I did expect it but then it seemed like it wasn't trying to be one. But every once in a while there's a decent joke that genuinely made me laugh out loud. The humor really isn't the focus of the story, but it seems like funny things just happen naturally to the main character. Fitting with the theme of the book.

The other thing that really impressed me were the detailed fights. I hope the author keeps putting in the same amount of effort into the fights in the future as well.

Be warned though, the story does not shy away from gory and self harm stuff. It isn't too bad in my opinion and it doesn't feel forced either. In fact, given the theme of the book it is almost to be expected.

Another thing I see a lot of people mentioning is the grammar, but as far as I've seen if the story had grammar issues, the author has fixed them at some point. The prose isnt masterful though, even if there is actual poetry in the book. That personally doesnt bother me however.

I'm really liking where this story is going and I can't wait for more.

Hopefully he figures something out regarding his cultivation stuck at the foundation level. It doesn't seem like he can go on for much longer without more Qi.

Chapter length is fantastic which really helps with combat sequences. Story is focused on the main character but there is still enough information about the other characters that keeps them engaging.

Hopefully this story stays for the long haul as I am invested in it's future.

It gets better, give it a try for 10 chapters

A bit of a slow start compared to some other novels on this site; the mc is not very likeable in the first couple chapters, but he undergoes changes and by chapter 10 he is much more enjoyable to read about. MC quickly becomes OP for his rank and age (real-world age that is), but there are still plenty of humans and monsters stronger than him, so he is far from invincible. The worldbuilding and power system is quite enjoyable, and a lot of MC's strength comes from his, what we know for now, unique ability to use the power system to his advantage, which needs experimentation and exploration to do: Therefore a significant part of this story is MC doing just that.

The powerlvl in this novel is not too crazy, atleast on the continent and among the top rankers from what we've seen so far, it does not reach continent-destroying or worlddestroying powers like some other cultivation novels. This powerlevel fits the novel well, where MC can battle monsters in a forest without destroying the forest. Although cultivation realm matters in this novel, it is not a complete suppression of rank; matchups and how one uses their abilities matter too, and even lowrankers can have absorbed a useful ability, so the strongest powers in the world cannot simply do everything by themselves, since there is a limit to how many special powers one can efficiently learn (and it is not high)

MC becomes a little unhinged. He sometimes does some weird things, and does not always act in his own best self-interest. A couple of times, even post the Trial, I did find his actions a little annoying, achieving his goals in quite obviously not the easiest way for himself, but not annoying enough to not make me enjoy the story. MC becomes a little crippled early on, but do not worry, after roughly a dozen chapters he is able to fix himself and get back to normal. He is now decently strong, and quite a bit stronger than when he first returned after his Trial, although still far from the top.

If you enjoy cultivation novels with a different path to power than simply sitting still and absorbing energy, a different system and interesting abilities for the MC to explore and absorb, and are not scared away by the MC being a little crazy, give this a try. Do not be discouraged by the MC's personality the first couple chapters.