An epic battle spanning multiple chapters? Sign me the hell up! This took me forever to write by the way, battle scenes are hard, so I hope you'll love it!  ლ(ʘ▽ʘ)ლ

Quickly before we get started, shoutout to Rexcorvus's : Power Initialization

Don't ask me what it's about, as usual I have no idea, but I'd wager it has to do with super powers right? (°▽°) 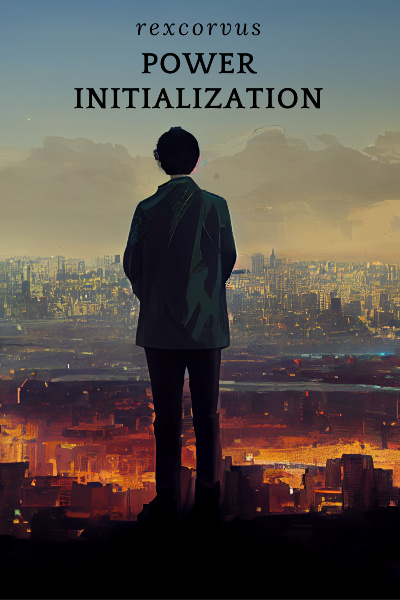 The orange robed man wasn’t as unaware; he glanced at the duke again, narrowed his eyes, and before Sofia could react, the stone platform the hero stood on retracted into the wall, bringing him along. His form sank into the stone wall, magically melding with it. Looks like when I summon the bone armor, but he was the one to be absorbed.

She jumped near the duke, trying her best to keep some distance from the pit’s wall. She feared the hero would try a sneak attack by appearing behind her, but it seemed her worries were unfounded. Did he escape?

“A- Aurelia? Is that… still you?” the bewildered Duke stammered.

I’m shocked he can even recognize the princess like that, maybe the face didn’t change that much after all.

The tremors that had been shaking the mountain for a while were getting stronger by the second.

“Yes. But now is not the time for that, Armand.”

Her short answer was enough to clear his mind. His face showed doubt, then worry, then acceptance, all in a second, before reverting to his usual seriousness. Chunks of stone had started falling from above, the tremors weren’t showing any sign of stopping. If that kept going, the dungeon would soon collapse on itself.

“Alright. Nyse will get us out of here, hold on to my arm,” he said, extending an armored arm, and frantically trying to open a small pouch on his belt. Finally managing to grab a small glass orb from the pouch, he crushed it in his hand.

That’s a teleportation catalyst then.

A few seconds of silence later, the duke disappeared.

“Oh. Can’t be summoned, then? Would have really liked to have that before. Fine, can’t be helped.”

She reached the entrance to the fifth floor in a single jump, rushing past the used ritual site; she navigated through the collapsing floor to a section the group hadn’t cleaned. The zombies that were supposed to be there all laid lifeless on the floor.

The tremors were getting worse and she had to dodge the falling stone blocks of the crumbling ceiling. Despite the place collapsing, there were still several meters of stone separating every floor. She was short on time and couldn’t run all the way back before the dungeon collapsed.

“Should be around here… Only one way to find out.”

She activated the mana enhancements through her whole body. Although her veins always acted as ritual circles, she could forcibly inject more mana to empower the boost; she had used this to attack the mage earlier.

Her mana was starting to drop thousands of points at a time, barely offset by her breathing’s regeneration.

Could keep that up forever as long as I don’t use any other spell. Let’s hope that’s enough for now.

She jumped up, punching through the ceiling. The layers of stone couldn’t stop her, she pierced through every floor in one go. She had hoped to stop on the first floor. Her limited understanding of her own strength, however, instead propelled her through the first floor’s ceiling too, then out into the sky, high above the mountain. Right in time to see that the dungeon finally gave in and collapsed. It didn’t stop there, the cave-in was the start of a giant landslide.

She landed on the highest point of the mountain’s peak. In the thunderous roar of the earth and stones chasing gravity, a third of the mountain below fell.

“Bloody hell!” Sofia couldn't help but be shocked at the sight.

“You don’t say. Never ceases to amaze me, this power I have been granted.”

She had seen the man flying up to her on a floating cube of stone, since he purposely came from the front he probably wasn’t up to some nasty plot. Not that he could sneak up on her from the back, or any other direction for that matter.

“You look like you still have at least a shred of humanity in you, demon. Obediently hand over the seal and I may grant you a painless entry to the great cycle of reincarnation,” he declared.

It seemed his previous shouting in the dungeon was perhaps out of surprise, his face and tone now were calm and stoic as he expressed his demands.

Hmm, so he really wants the dumb ring.

“Not happening, stone-man. Want to crush me like you did Fox? You’ll have to bring larger rocks.”

“How regrettable,” the robed man floated away, as if to properly face her from a distance.

“I am Orvod, mountain shaper,” he said, joining his palms over his head, “I shall rid you of your sins.”

As Orvod spread his arms, nine giant stone lotus flowers formed in an arch over him, spinning in place at a leisurely pace. This time it’s for real.

“Aurelia Grandcourt Vakariazrehafin Aphenoreth, Daughter of Sorrow!” I have cool titles and cool spells too.

Her new body had a total of five independent skills she hadn’t used yet, each a complex set of veins arranged in ritual circles, one in every limb. For the first time, she felt that having the system constantly up to monitor her resources would be a necessity.

The hardest part will be to reach him up there…

Done with the presentation and preparations, she took a fighting stance. She should have felt worry or fear, but all that had been washed away by her new form’s instincts. Her body itched for one thing and one thing only, battle.

Under her forceful jump, the mountain peak turned into a crater.

With a simple gesture of Orvod’s hand, a stone cube was cut out from the mountain under then hurled at Sofia. It was fast but she was faster, instead of colliding with it, she grabbed the stone block mid flight, using its momentum to do a front flip and returning it to the sender.

A large stone shield intercepted the block, shattering it on contact. The shield shattered too, not from the block, but from Sofia’s punch; she had never thrown the block, going forward with it instead. Her fist was centimeters away from Orvod when one of the flying lotuses bloomed, sending its many petals flying in her direction.

She couldn’t dodge the first one, the stone petal hit her in the torso, sending her flying away. The other petals followed suit, like sentient arrows chasing her. Grabbing the petal that had stabbed her, she used it to bat away the second petal, shattering both. Using the torque, she spun around, punching and kicking the petals coming from all directions. Five more were shattered but the last managed to get past her defense, striking her right in the back and shattering on impact.

A single petal is about ten thousand health. Great. At least he didn’t rebuild the lost flower yet, must be an expensive skill. My health regenerates quickly enough, I just can't take a whole flower at once. Still, that’s one heck of a defensive skill.

Having lost all momentum again, she fell back to the mountaintop’s craggy surface. As she was about to reach the ground, a forest of stone spikes emerged out of the mountain, all pointing at her falling form, shooting up to impale her. Sofia rolled herself in a ball, tail wrapped around her body. Her back and tail were the most armored parts of her body, it would damage her less if they took the hit, that was all she had time to do.

Like a cannonball, she crashed through the spikes and landed on the ground, forming yet another crater that only deepened when she jumped right back up.

This time, hundreds of stone cubes were floating around, having been forcefully pulled from the mountain, ready to get thrown at her from all around. As they closed in on her and were about to crush her, Sofia activated the skill in her left leg.

[Regret] : make a different decision in the immediate past.

The description of the new skill flashed by her eyes as she found herself back on the ground, where she had just jumped from. Above her the stone cubes all collided where she had been a second ago, exploding in countless debris.

Mr. scribe’s working overtime I see. Nothing I didn’t already know though.

She observed the crash happening behind her as she fled north-west at full speed. Fighting a stone mage atop a mountain was straight up lunacy. Zarrow had shown what he could do with his ship, and she had used her own affinity with the undead to get rid of the Magisterium. Since the first hit didn’t connect, she could tell this would be a long battle, so she would take it somewhere more favorable to herself.

And if he doesn’t follow me it’s even better. I need to survive and that's it. Feels bad to let the other three fend for themselves but they ain’t real.

[Regret] : alter the past to make a different decision in the previous five seconds, costs 10000 mana per cast, 10 seconds cooldown. Left leg blood vessels must be undamaged for the skill to correctly resolve.

Would you look at that, a lot better, thanks.

She had asked and she received, these kinds of interactions had her questioning how the system worked, but now wasn’t the time to ponder on that. She could appreciate how her new 360° vision was very practical. She both saw where she was going, and that Orvod was not only chasing, sitting legs crossed on his flying stone cube, but also preparing larger projectiles.

What the fuck is that! Go back to the cubes please! 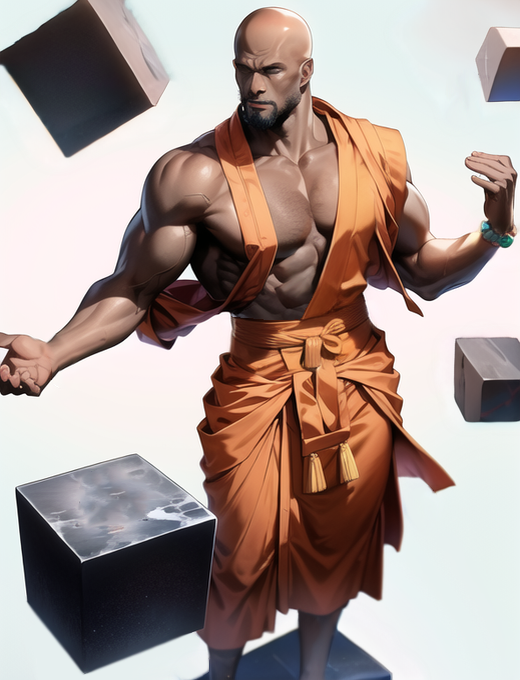 Hey I get that you're not worried but aren't you at least going to open your eyes?!

I am Mornn, chapter shaper!

Also 7000 Followers \(★ω★)/ This is absolutely crazy. Now imagine the storm we'd make on RR if everyone left a rating... ╰(▔∀▔)╯

Aight, enough screwing around, I go make me-self some coffee. Nice day everyone.