The real trial is about to start, I swear (´∀｀)

You know an author believes in their abilities when they have the confidence to write a story about time travel. Even if only one minute at a time 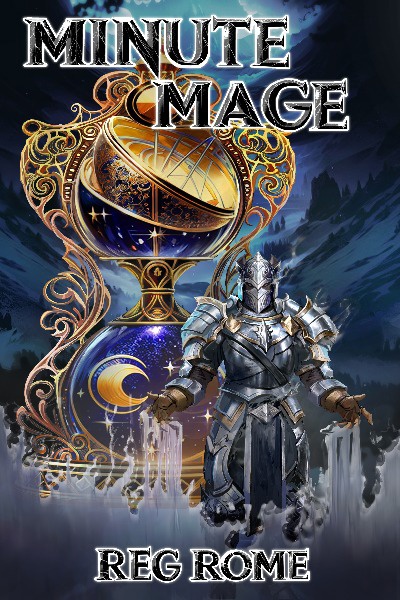 He tried his best not to show it, but the duke had been the most surprised at Aurelia's sudden change of personality. He had known the princess for a long time.

Sofia could tell that him silently approving of her decision to take leadership was in great part why the mercenary group was so cooperative. In the end, he was still the one paying them. And she was grateful that they had actually decided to stay. It was dubious whether the church would come after them at all if they left her here to die with the royal seal.

When her plan to survive the fight started to include old necromantic rituals though… she didn’t think they would all just nod and follow her orders. So she lied to them. They were now on the ‘carriage’ heading toward a certain inconspicuous and remote mountain, as she had suggested. The terrain would be to their advantage, was the bullshit she had fed them.

Looking at the familiar mountain showing up on the horizon, she thought over her whole plan again.

She had thoroughly studied the grimoire before deciding to go down the necromancer’s path. She still had doubts about the veracity of it all until she had unlocked the class on that fateful night. After all, it was a mystery how the forbidden book ever landed in that remote orphanage in the first place.

The ritual she had in mind was actually embedded directly in the back cover of the grimoire, rather than on one of the decrepit old pages. She couldn't forget its name.

‘Sabbath of the hollow heart’

Much like the skeleton summoning ritual, it bypassed the need of using the system. Relying instead on a ritual circle and external components. Both the requirements and the goal, however, were a bit more extreme. But now that she had seen the option present itself, it was all she could think about. Her confidence in pulling it off came from a 'loophole' in the system.

She had spent her week in captivity trying to use [Identify]. Even with no available skill slots for it. She had learned it from scratch with the scroll. After discovering how useful it was in Drakron, she had been crazily trying to level it up ever since, using it on anyone and anything, to no avail. The process of using it was etched deep in her mind already. That gave her confidence that she could use it anyway. Without the system to act as a crutch. In fact she was certain that, had she the mana for it, she could use both [Holy Skeleton] and [Angel’s bolt] right now, system and skills be damned.

Despite the confidence, she couldn’t get it to work. That was, until a few hours ago. Deep in her thoughts, in Fox’s farmhouse, she was tapping her nails on the table and reflexively trying to Identify everything around her when a slew of information entered her mind.

It was not like the system messages she had to read, and more like something she instinctively knew.

It was very lacking compared to the skill being used through the system, but she almost shouted in joy when it happened. This meant her instincts were right, the system could be bypassed like this, it wasn’t a thing specific to ritual circles and magic items. She identified the others in the room, all it showed was a level range, no hint at their class. It was a bit underwhelming. Her next move was to use it on her two magic items.

[Skyreach mooncatcher] : A unique jewelry piece made of unknown materials. Brings the wearer back to life upon death once, healing all injuries but disintegrating in the process.

If fighting the royal guard to get Aurelia out of there wasn’t enough to prove the duke’s love for the princess; him giving her such a precious lifeline didn’t leave any doubt. Sofia actually felt bad for impersonating her with him around. She could only hope the real Aurelia had survived to answer his feelings somehow.

This incredible ability of the necklace was what had her think back to the grimoire’s last ritual. The ‘Sabbath of the hollow heart’ was a rather unsettling name, and the way to finalize the ritual was just as disturbing. It required both the caster and someone else to die. It wasn’t something Sofia would ever consider doing usually, but now...

And so, she was leading the group to a location suitable for the ritual. A place that must have existed since long before this time. The dungeon under the Holy See. For now, likely nothing but an inconspicuous hole in a mountain flank.

Wasn’t it 100+ before? Didn’t know it could change. Well. Whatever. We’re not going to fight what’s inside anyway.

The group had become more and more skeptical of her plans during the three days of traveling, following her nonetheless, for a lack of a better idea. Running away from the current church’s headquarters like they were doing couldn’t be a bad thing anyway. What they didn’t understand was why they had to go to a random mountain away from everything. Fighting a stone mage on a mountain even seemed like a seriously bad idea.

When she ordered them to search for a supposed unknown dungeon in the area, even the duke had started to doubt whether she wasn’t just starting to lose it. Until Fox actually found it.

Now they were reluctant to enter.

“Forget the heroes, won’t we die without a fight if we go in there? Was your strategy an elaborate way to end your life?” Nyse asked, looking down the narrow passageway leading down into the mountain.

“I didn’t bring us here to fight through the dungeon. I need to… you’ll see. Armand, Jen, can you please lead the way? The monsters shouldn’t be too strong at first, we’ll be going down to the fifth floor’s pit, just follow my directions. If you have questions about how I know the place, don’t ask. Weirder things are going to happen later, I can’t explain. If you don’t like it you can also just struggle against the heroes by yourselves outside when they come.”

“No need t’be all defensive ‘bout it, princess. We followed yer ass all the way here, we ain’t gon' go back now. Heroes prolly bout to catch up soon ‘nyway so if ya really have an ace up yer sleeve then show it now, ay? Cus a level 300 dungeon’s exciting and all but it ain’t exactly helpin’ us.”

“It’ll be very clear why we’re here soon, if you help me reach the fifth floor. Can’t say for sure it will save us but that will be more exciting than discovering a high level dungeon, that I can guarantee.”

The undead in the dungeon were the same old [Sinner Zombies] that Sofia had watched the Magisterium obliterate for days on end. There were a lot more than she was used to, perhaps due to the church not being here yet. Jen and the Duke had no trouble clearing a path through the early levels with Sofia acting as a guide. There were quite a few traps in place that she didn’t know about, Fox managed to guide the group through them with relative ease. Nyse wasn’t slacking either, diligently drawing a map of the dungeon.

It only took them a few hours to reach the pit, with no signs of the heroes being on their tail, for now.

Back on the very same stairs that would later in history see her commit her first ‘murder’; Sofia was once again faced with the bottomless abyss that prompted the dungeon’s name.

While everyone was busy being shocked at the sight, Sofia got to work in the room leading to the stairs. It was a square antechamber, bones were piled up in the four corners. Barely lit by the torch she held high, an empty pedestal occupied the center of the room on a round stone podium.

This was the perfect place for the ritual.

Sofia dismissed the others, claiming that they needed to clear the floor below while she set up a ritual. Although the duke was reluctant to leave her alone in the dungeon, she insisted that it was fine, she wouldn’t move from this room and they would be back in half an hour at most.

No matter how ridiculous her demands, the Duke would always end up agreeing, Sofia had discovered on the way to the dungeon. That man couldn’t say no to her. She really wondered what he saw in the former quiet painter princess that had him bewitched like so.

He still had Fox and Nyse install some security measures around the room before leaving. Jen was actually raring to get back to the undead killing. It had come across as an unexpectedly easy way to level up and get stronger before the decisive clash against the heroes.

Finally alone, she went over all the steps one last time in her head.