I don't want to go on a huge rant at the start of each chapter but... I need to thank you all for yesterday's kind comments and reviews, from the bottom of my heart. I can't even express how much better that makes me feel. Now hopefully I can gift some of that back to you. It's my strongest wish in writing this, I want everyone to have a great time. (´｡• ᵕ •｡`) ♡

So then, let's get back to work!

Today's shoutout goes to Jamie Kojola's : Odyssey of the Ethereal

Did I hear tower climbing? I think I heard tower climbing! Again with the Korean novel tropes. You could say I kinda like them, this trial arc is inside a tower too, just that it only has one floor... 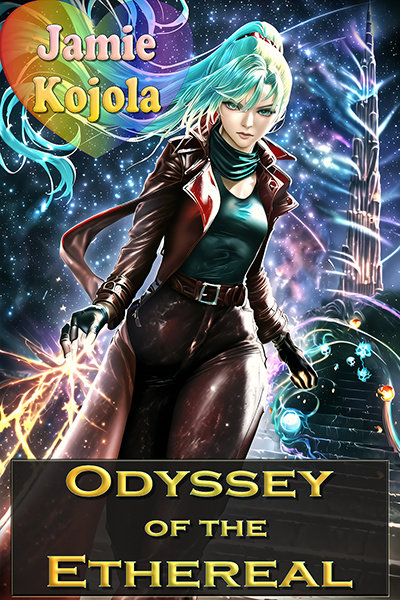 It was easy to dismiss the [Princess] class as just another weak, non combat class, like most civilians' classes. But in the eyes of someone like Sofia, it was all but weak. In essence, [Princess] was a supporting class. A Ruling class.

And it was all thanks to a single skill.

The Duke was well informed on what kind of threats ‘King’ Jevvin could send their way. The army, the royal guard, the church's heroes, mercenaries.

Mercenary groups strong enough to be a threat were all neutral to each other. They had an honor code of sorts. They would never attack Jen’s group, so this was one less thing to worry about.

The army was mostly composed of soldiers in the low fifties, only a select few generals being above level one hundred. And these were all too weak to be considered a real danger in the short term. The army could only be a problem if they sent a full battalion their way. But this was a logistical nightmare that Jevvin couldn’t manage by himself in a short time.

That left the royal guard and the heroes. In the Duke’s own words, Jevvin was ‘a paranoid little shit’ and there was no way he didn’t find a way to get rid of the royal guard during his coup. Either way, he’d never trust them to go against the duke. Even if they were somehow still here and loyal to him, that would be leaving himself without protection.

Which meant one thing. He could only send the heroes after them. Especially since ‘Aurelia’ had taken her Seal. Armand had laughed like a madman when she showed them the ring, apparently it was a real blessing that she had it with her. The seals were used to open the palace’s heirloom safe. You needed all four of them to do so. He didn’t explain any further, basking in the joy of knowing that Jevvin couldn’t get his hands on what he had wanted all along.

On the other hand, it also meant that he would double down on his efforts to track them.

The current hypothesis was that all four of the kingdom’s heroes would be sent after them.

And that was the whole problem.

The group had been trying to figure out a way to escape or win against them for the last few hours, to no avail, talking in circles throwing ideas around that had no hopes of working.

The heroes were that strong.

Sofia couldn’t stand to idly watch this anymore. This was her trial, and she would be the one to lead it.

[Commandeering Aura] : The natural strength to lead. All things fall under the ruler’s dominion. Your orders have a compelling effect. This effect is several times stronger under dire circumstances.

“Shut up, all of you! If you can’t find a way to get through this then I will,” she yelled out, getting up from her chair. Then she started pointing at each of them one by one.

“Fox, prepare what we need to leave, bags, food, water, anything you can find. If possible enough for three weeks. Nyse, you said you roamed all around the kingdom, draw me a map and mark down every town, fort and caves that you know of, dungeons too, ruins, old battlefields, or any place we could trap or fortify. Focus on the area around us first. Armand, write down everything you know about each hero. Jen, I want you to tell me all about the strengths and weaknesses of your group, Armand included.”

No one reacted, they were all flabbergasted at the soft-spoken and demure Princess’s sudden lashing out.

Sofia had expected an objection, at least from Jen. To her surprise, despite how absolutely astonished everyone was, they nodded and got to work. Even Jen was waiting for Sofia to allow her to talk.

They went to another part of the house to have their talk without the sound of Armand and Nyse scribbling away on leather parchments.

“And that’s how we usually fight. I go over our individual strengths now?” Jen asked, to which Sofia only answered by a slight nod.

Strangely enough, after the sudden outburst from Sofia, maybe it was an effort to fit in, but Jen had started suppressing her accent while she explained things to the Princess. Which made understanding her a lot easier.

“Fox is an agile fighter, [Hunter] class, decent at close combat but better with throwing weapons, or assassination. Can’t have him hold up long against a hero, poor lad doesn’t even have two thousand health.”

Right, right, not even two thousand, so low, right… Ahah.

“Nyse can do some real nasty summoning tricks in battle, but not for long. He’s a Vampire so he can take a few hits, his problem is his skills’ mana cost. Still, he can fight. Could probably busy a weaker hero for a while. Can do more things with proper setup, like with circles and stuff.”

“What about the Duke?” Sofia pressed when Jen was hesitating about where to go next.

“Lightning man’s a whole ‘nother pair of gloves, has to be over level 200. Didn’t go all out in the battles today, I can tell. Worrying thing is how his lightning don’t have eyes, know what I mean? Not great in team battles. I might be able to land a couple hits before ending up as a cooked chunk ‘o meat if we fight.”

She stopped her speech there, and visibly didn’t intend to continue. Sofia said nothing, staring at Jen, head resting on her crossed hands. The tanned warrior was reluctant about sharing more on herself, eventually giving up under the Princess’s annoyed glare.

“And me, ay, [Juggernaut] class. Eh. Almost immune to most magic and coward stuff like poison. High health. Tough skin. Good armor. Self healing. Hit hard. There you have it, that’s all I do. I don’t even have mana. Am confident I can bash in the skull of anyone under level 200 as long as they alone and can’t fly.”

“That's enough, thank you, Jen. For this and getting me out of the palace too. I’ll call you if I need you again.”

“Don’t mention it, wasn’t charity,” the tall warrior answered as she left the room.

Alone in the small bedroom, Sofia threw herself on the bed and stared at the ceiling for a while.

Duke Armand knew a lot thanks to his position. He had delivered the parchment with the known details of the four heroes during Sofia’s conversation with Jen.

She had only glanced at it but the first line was enough to make her feel despair.

Kuli was at the same level and she had literally stopped and rewound time. Not to mention the light punch that had shaken the whole building and plunged Sofia in an abyss of pain for a second. Unless the duke was above level 250 too it was hard to think of anything that could stop a monster like that.

The next main lines on the document only added to her hopelessness.

Of the bunch, Armand only knew Gabriela in person, noting that she was unlikely to agree to hunt them down or show up at all.

Gojin and Innocentis were about sure to come after the seal and they were likely to fight to the death if needed, loyal dogs of the church that they were. The worst part was the level 299 hero. Not much was known about them, but it was likely that they would come, as they had lived under the church’s care for many decades.

How to survive this… Maybe if I leave the seal here for them and flee by myself they won’t come after me. But then the bonus reward is gone too, can’t avenge anything without helpers at my level.

With my group being so weak compared to the enemy’s, there aren’t a thousand answers. Weakening the enemies isn’t an option right now. Fleeing is bound to fail, outsmarting the opponents won’t be enough to cover the power difference…

There’s only one way left then. Increasing the power of my group.

I know just the thing.

I had always dismissed it for being crazy, but now… Time to see how well I remember the last ritual of the old grimoire.