Hi! Not that motivated lately, bunch of terrible reviews made it to the top somehow, by a landslide even, I don't even understand how that happens. Haters are too strong I guess. Or is my story really that bad? I feel like it's not very representative honestly. Or why would you be here?

I'd appreciate it if you could take some time to go rate some reviews, for real. Would mean a lot to me. Thank you in advance to those who will. You are the truest champions on this website.

Anyway, shout to Kriss Webb's : I am just a broken machine

Hmm let's see, what the blurb says about this one... Looks like a Sci-fi system apocalypse. Blurb reminds me of the korean novels I used to read back in college. Sounds nice. Here cover 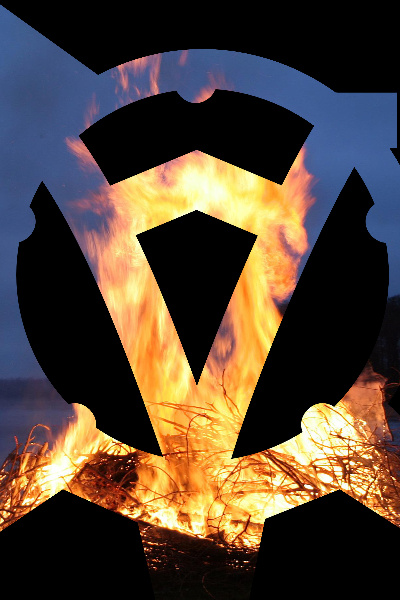 Hmm, maybe not the most evocative cover out there. Well, we're here to read stories not look at images. Right?

The carriage was nothing but an empty wooden trailer pulled by two horses. Still better than walking in these robes. To Sofia’s surprise, they had started moving right away, leaving the duke and the woman named Jen behind. They were slowly but surely getting away from the royal palace, visible in the distance beyond the forest.

This wasn’t Einsen, Skyreach Kingdom’s capital in the mountains, in fact there weren’t any mountains nearby. The plants and trees did look like the ones she knew, then again, she had been to the Red Winds Empire and the vegetation was largely the same, as far as she could tell. It was a mystery where exactly this was. The only clear thing was that it was still on the human continent.

The real Aurelia was probably long dead, whether she had survived the Solstice or not.

They rode away, not bothering to cover their tracks, Cardinal, or rather Nyse, couldn’t stop talking. His image of a mysterious and powerful level 300 plus vampire that Sofia knew him by had been melting away by the second. She had questions about the ethics of interacting with these false images of real people, not that she could do anything about it.

Learning more about the Vampire was an interesting experience, most of his stories revolved about him doing dumb things with his skills. Things like teleporting into a sealed wine barrel, or trying to fly by summoning himself in the air multiple times in a row. As far as Sofia could tell, it looked like Nyse had always lived among humans, he never mentioned other Vampires or any kind of family. Weird. Where did his ‘niece’ come from? Her name was Astelia, if I remember correctly. She asked about siblings but he dodged the question so she didn’t press on.

She also learned more about Fox through Nyse’s stories. He was mute from birth; nothing could be done about it even with healing magic, but that didn’t really bother him. He was the youngest in their group and the only son of a beastman hero.

He had met Jen and Nyse three years prior when they worked together in a sand-worm subjugation party led by the Skyreach Duchy in the north. Nasty things, these sand-worms, they'd smell blood from kilometers away and come rushing from underground. "At least we didn't have to search for long," the Vampire had explained.

Finally, as Nyse rambled on and on about how he had once accidentally summoned himself into a large cave network, they had reached their first stop. Sofia had thought they would go to an inn or an hidden cave somewhere depending on how sneaky the group wanted to be. But they did none of that, instead stopping in front of a farmer’s large wooden house in the middle of nowhere. Surrounded by wheat fields and large pens of dirty animals rolling in the mud.

“Is this where we’ll be hiding?”

“No, this is just our stop for the day, that’s Fox’s house.”

“Uh? Is this fine? Won’t the knights come here after us and ruin the place?” she asked. But Fox waved her off.

“You worry way too much, Princess, there’s no chance that they’d find us here, and even if they did… he can still rebuild. Fox only comes here like twice a year anyway. The fields and animals are tended for by another family,” Nyse answered while Fox was having troubles unlocking the door.

He had started to prattle off again but stopped in the middle of a sentence. Fox, who had managed to finally open the door, turned to see what was going on.

“Shit! That’s bad! Jen broke the emergency catalyst, Fox, the circle! Princess, hide in the fields, there’s no telling how many enemies might come along with Jen and Armand,” Nyse sounded extremely panicked, and for a reason, one had to remember that Jen was level 120, and the Duke was apparently even stronger.

Nyse was already channeling a skill while Fox was toiling away at extreme speeds, carving a large ritual circle in the surrounding gravel and dirt with a tiny hoe.

Not playing hero now. I’ll hide somewhere safer where I can still see them… Behind the house. There was only the house, a few trees and large fields around which limited the possible hiding place a lot.

She observed as Fox finished the circle and placed a dozen small shining blue stones all around it, Nyse’s skill finally activated. In a way akin to what happened when she used [Angel’s bolt], Sofia could vaguely sense the large amounts of mana at work, the stones all lost their luster one by one until only one remained barely lit.

Three people appeared at once in the circle. The tall and tanned girl wielding a ridiculously long sword was without a doubt Jen. Duke Armand Skyreach was back to back with her, holding a fully lightning made longsword. To her surprise, Sofia also recognized the third person, it was the blue robed mage that had sneered at her on the Trial’s first day. He was holding a twisted wooden staff and behind him floated several incorporeal blue swords, all pointing straight at the other two.

What followed was a mess of magic and gore that Sofia had no wish to be a part of. The mage’s resilience was commendable thanks to some kind of magic shield but he couldn’t take on the full group. The duke’s lightning sword was especially devastating, chipping away at the mage’s translucent shield every time they clashed. In the end, the magic shield burst like broken glass and Jen’s humongous sword ended the mage’s life in a single slash.

They all had suffered a few hits from the flying swords in the process, Nyse was quick to supply everyone with healing potions. Since the fight was over, Sofia left her hiding spot.

“So that the gal we been bustin' our ass for in the castle! Come here I ain’t gon eat ya! Ay that’s a princess aight, pale as a Bregoon’s arse this one. Well, won’t question Mr.Lightnin’ tastes. Nyse wasn’t too much of an annoyance, ay?” Jen exclaimed as she examined her.

And I thought Zarrow’s crew had a thick accent.

Jen… looked a lot like Sofia, disturbingly so, as far as body shape went. Similar height, eyes, hair, even the face was vaguely similar. The major discrepancies were a lot of muscles and tanned skin. In another world where Sofia chose to become the ultimate warrior instead of a twisted skeleton botherer she might have ended up looking like that. Not that she would have ever dressed the same. She had no idea how the woman wasn’t cold with how little she wore but there was no doubt about how she got her tan.

At least the important parts are covered… And even that was only regular clothes, not a single piece of metal armor to be seen. She rocked a mini short secured with a belt, and a sleeveless shirt tied up right under her chest. That was it, she didn’t even wear shoes. Truly a peculiar style. Despite that she was the one who took the least damage from the mage’s flying swords. She probably has a very strong defensive passive skill. Must be nice actually… The bone armor isn’t that much of a bother but I still have to wear it for it to work.

The encounter might have been stranger had Sofia been in her actual body instead of Aurelia’s. Could she be an ancestor of mine? Meh, seems a bit too much, I don’t buy it.

Seeing how the princess was lost in thoughts, Jen changed the subject. She kicked the halved mage’s upper part and turned to Nyse,“Loot the fool, we don’t know shit about magic items… Hope the robe ain’t worth much, ‘cause I ruined it.”

Duke Armand got over his initial relief of seeing Aurelia be safe and well, he smiled at her briefly and tapped on Jen’s shoulder, “Jen, we have no time for this…”

Frustrated… and angry? Does that have to do with her or…

“What’d ya mean no time? They don’t have no space mage aight? Then we got like two hours free time right now at least, if they even find us, let’s eat and stuff, we worry after.”

“This is no joke, what if they send the heroes after us?” he insisted.

“Look, King’s dead, we been framed as the perps, maybe they send the fuckers after me an ya, sure. But you think that twerp Jevvin’ll convince the church that fast? No shot. An if they send jus' one then we can prolly get ‘em and cash in some nice juicy xp, so chill down,” Jen nonchalantly answered his worries. Clearly being labeled a Kingslayer was very low in the list of her worries. She proceeded to enter the house.

A heartbroken cry resounded inside the farm house. It echoed through the windless plains.

Remember to go take a look at the reviews please, and if you already did, take a winner cookie.

And Special thanks goes out to all the people who left nice reviews until now, I see you; as well as the kind souls who come back again and again to point out the style and punctuation mistakes I make every time. Love you all.