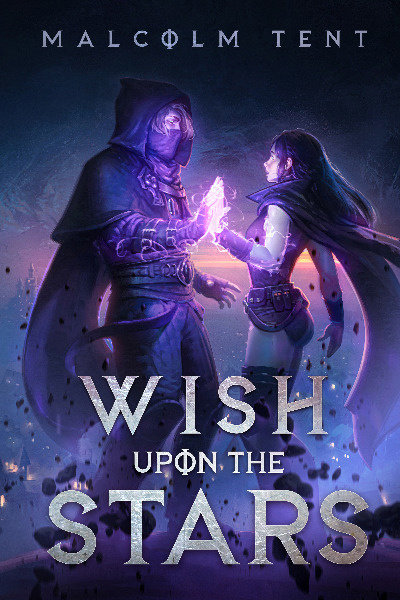 It’s been a full week!

Sofia was dying from boredom and anxiety. She was a powerless captive yet again, and there was nothing she could think of to get out. Nothing happened besides two meals coming in every day. At this rate she could already see herself being hanged in public three weeks later. And contrary to her stay in the church, she couldn’t even look out the windows.

She had prepared the support needed to draw some rituals if need be, after all she knew a few, though none were usable right now. Her hope was that maybe they would feed her a full small animal like a cooked rabbit or something, then she could use the bones, but even that was unlikely…

All she had to pass time was a mountain of Aurelia’s paintings. She had studied them all already, it had given her some more insight on how to act as her but she would still need to play it by ear most of the time. That was if anyone actually showed up.

She couldn’t even hear what happened outside her room, the locking spells prevented even that. Apparently it worked both ways, either that or the knights guarding the room had very good self control. She had tried many ways to get a reaction out of them but nothing ever made them open the door to check on her.

Someone opened the door.

Speaking of which, already meal time?

But it wasn’t the usual knight, or anyone she knew, it was a sleek, black… furred? Fox beastman, covered in blood and gore. Guess the knights are taken care of.

He sheathed his daggers and wordlessly grabbed Sofia’s wrist. She could do nothing to resist. At least he’s not killing me. What is he doing though?

Realistically he could only be here for three things. Either kill her, rescue her, or steal her ring. She had a hunch it was probably the second option. The duke really came through with his promise then. How will he get me out though?

She doubted he had killed every guard on the way to her room, and she likely couldn’t follow the same route he had used due to her inferior physique.

The beast warrior ripped out an orb from his belt and broke it in his hand.

Sofia expected something to happen but nothing came from the weird action besides a glass orb now littering the ground around them. He still held onto her wrist with a bloodied hand, silent.

The royal guard was coming. The door had stayed open and Sofia could see the knights charging from the other end of the palace corridor. Tens of them. She looked at the beastman with a worried expression, he was utterly unconcerned by both her and the incoming knights. She wondered what could possibly give him the confidence to stay unmoving like this when it happened.

She felt a tug at her consciousness. Her soul was drifting away by itself. It was uncomfortable.

Before she realized it, she was standing next to the beastman in a dark forest.

On a rock nearby, a teenage boy was heavily breathing.

Sofia couldn’t contain her expression of shock when she saw him.

A pale, pretty face, elegant appearance, long ears typical of a vampire, a long sleeved outfit with yellow and black rhombus patterns… He looked way younger but his was a face she could never forget. Cardinal.

Catching Sofia’s glare, and still panting, he did his best to weakly lift a hand.

“Hey, never seen a vampire before? I’m Nyse, and the mute guy is Fox. Armand… uh I mean Duke Skyreach commissioned our party to rescue you. He should still be at the Palace holding the knights back with our third member.“

She almost nodded and thanked him for getting her out of there, barely catching her mistake in time, and instead acted shocked and worried that the others were still fighting for her sake. She would keep the words to a minimum to prevent any slip up. While it wasn’t that important with Cardinal and Fox, they could report to the Duke later and he might notice her change in personality. Well, that was all based on whether she had correctly guessed Aurelia’s personality in the first place or not.

“Don’t worry for them, they will be just fine,” he said as he got up from his rock. “We need to get moving, this is still close to the Palace, I couldn’t summon two people from any further, even with the catalyst, so we’re not safe. A carriage is waiting for us at the forest’s outskirts.”

It’s really hard for me to act so soft-spoken and timid again… I still can’t believe she had [Silent] at level 70.

The group set in motion to join the carriage, the walk through the forest was silent and tedious, eventually Sofia couldn’t contain herself anymore and asked a question, acting as a clueless princess be damned.

“Excuse me, C- Nyse. Can I ask you a question?” Oof, caught myself in time, the loss of [Way of the fool]’s analytical thinking bonus is really showing, shouldn’t make dumb mistakes like these.

“Oh, but of course, I don’t mind, I’ll take anything to make this excursion less drab, in fact. I just thought you didn’t want to talk. So, what may have piqued the Princess’s curiosity? Is it my exceptional fashion sense perhaps?”

“I- I just wondered what kind of class you had to be able to move people from so far… Ah! But you don’t have to answer if you don’t want to… This isn’t a very polite request so…”

“That’s it?” He sounded more disappointed that it wasn’t about his clothes than offended by the rude question. “My class isn’t a secret or anything, it’s literally just [Summoner], but you could just as well call it [Mover] or something like that, all I can do is move stuff, really. Most of the time the only thing I summon is myself," he explained.

He decided to demonstrate by disappearing and reappearing further down the forest path, then back to where he started. Just this had him start panting again. “It’s… very mana intensive… but incredibly strong in battle… if you can get past the summoning sickness…”

Looks like he has a lot of trouble with that last point.

“That’s incredible…” she knew exactly where she wanted that to go but she still had to pretend like she was thinking about it. “Then… could you prevent another [Summoner] from summoning you? Or from moving themselves?”

Cardinal was a bit surprised at the questions, but he laughed it off. “Ahah, are you planning on fighting a space mage, princess?” Then he proceeded to actually think about an answer as they kept walking.

“Preventing myself from being summoned isn’t that hard, I can just summon myself back to where I was by riding the mana wave… I guess it’s not really preventing it but that’s enough, if I really wanted that, then… any kind of mana shield skill or item can work. As long as the spell cannot reach me it won’t work, that’s exactly why we had Fox open your cell’s door too.”

“And keeping someone else from teleporting works the same way, trap them in a closed mana construct of any kind and they’re stuck. So long as they can’t just walk out of it. But this is really not something you should be worrying about. There aren’t that many space magic practitioners in the first place, less so ones inclined to actually participate in combat."

“You fight in battles? Are you and your team high level adventurers?”

“Adventurers? We don’t really do adventuring… Cleaning is closer to… We’re mercenaries I guess, no adventures, just contracts and bounties.”

Shit. Does the adventurers' guild not exist yet? Well, whatever, I’m a clueless princess anyway, right, won’t matter if I ask dumb things. She wondered if he would dodge the part about the level but as it turned out, the vampire really liked to talk, and he wasn’t done yet.

“And we’re not that high level? I’m like one-thirty I think, Fox is probably near ninety by now… Dunno about Jen, I haven’t really paid attention since she came back from the tower.”

Does he really not know his own level?!

For the first time, Fox participated in the conversation, showing two lifted fingers to Cardinal.

“Ah, really? Well, she’s about one-twenty then, Fox says so.”

Is it really fine to be that careless?

Some brighter light started showing in the distance, the trees were becoming sparser, they were almost out of the forest.

Edit: be patient, skeletons, the trial is just getting started. You didn't really believe this would be all it was, right? （ꏿ ω ꏿ）