Well well, what a surprise to receive such a pleasant guest today again. Welcome, take a seat. 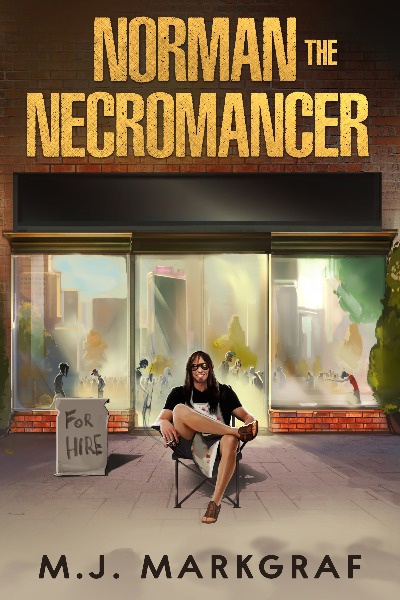 Sofia didn’t answer. She couldn’t open the door if she wanted anyway.

The door opened for the person with no problem. Guess it doesn't lock from the outside.

A tall and handsome redhead stormed into the room, his disheveled clothes did nothing to hide his lean muscles. He had rushed here on horseback and was still wearing riding boots, staining the palace with mud. He didn’t look older than twenty, although the many medals on his uniform made his real age ambiguous.

Sofia made somewhat of an ugly face as she spied that the two knights were standing guard outside her room.

Of course they’d be there. The man slammed the door behind him.

“Aurelia!” He cried out, “Are you ok? I can’t believe this!” He was panicked, worried, angry, his emotions and tone switching from one to the other.

Ally. Acquaintance, could be more. Powerful? Time for the orphan’s special secret weapon.

It had the benefit of requiring no words, which was both in character if the [Silent] skill was to be believed, and also sorely needed considering she had no idea who he was. That worked out even better than expected. The man couldn’t stand seeing her like this and came to her side to hug her.

Hmmmm! Hey maybe it’s not so bad being condemned to death if it’s like this. Shit. Stay in character, Sofia.

“I’m sorry you had to see me like this…” she whispered, forcing herself to get out of the man’s embrace.

Seriously, who are you though?!

His muscles cramped in response to her apology. He turned his head to look out the windows, but the seals prevented any view of the outside, only letting the weakening afternoon sunlight through. His face turned ugly. He had the expression of someone ready to actually commit murder.

“Ellen! That BITCH! I can’t believe she’d go that far for your seal! Jevvin, that bastard too! And I considered him a brother! That asshole didn’t deserve to be your father’s son!” he yelled, walking in circles around the room, he looked like he wanted to break something but all there was around was Aurelia’s paintings. And it seemed that wasn’t something he would touch.

Good! That’s good! Be angry for me, please. More! Uh… let’s fan these flames a bit more. Ah, and it was a setup for real then, unsurprising, is the seal the ring I snatched earlier?

“I- I’m fine. Nothing can be done so… don’t worry about me…” she murmured, looking away from the furious man.

The king mentioned a seal too when I was waking up… It's got to be for something good if they want it like that. Some kind of legendary weapon?

“AURELIA!” He shouted even stronger and angrier than before, it made Sofia flinch. Crap, I need to focus on this guy for now. Good hearing as expected, I'm ready to bet he’s quite high level.

“The- I’m-” the man stuttered. He sounded defeated, or ashamed, maybe a nuanced mix of both.

“I’m sorry,” he pinched the bridge of his nose, letting out a long sigh, “You’re too soft for this place, Aurelia… I’ll get you out of here if it’s the last thing I do, be sure of it.”

Sofia only looked down at the floor, silent, dejected. Of course her real thoughts were wandering somewhere else. Wonder what weapon he uses, doesn’t carry one. Could be that he’s a pure mage? Why the muscles then?

He walked to the door with a new resolve, only to stop before knocking and taking out his necklace instead. It was a fine gold chain with a thin pendant representing a hand grasping at a half moon. He almost stopped himself multiple times while taking it off, only to finally hand it to the princess. It looked like it broke his heart for him to part with the piece of jewelry.

“Wear this at all times, it will protect you,” he whispered in her ear as he shakily clasped it around her neck, “Don’t let anyone else see it.”

“This… You can’t…” Sofia meekly protested, only to be silenced by a long finger pressed on her lips.

“Don't worry about anything. Wait for me,” he said in a soft voice.

As the man straightened to leave, a short mustachioed man in red robes barged into the room.

“Duke Skyreach! No one is to visit the prisoners! Get out this instant!” The short man was fuming.

The duke appeared in front of the robed man. Teleportation again? No, he’s that fast, left an air current. He was several heads taller than the new entrant and much more imposing.

“You’re in on this too, grand chamberlain?” he was almost spitting in rage at the short bald man’s shiny head and curly mustache, “I have word you have a vacation home in Vartem, right in my domain, be careful not to forget something important there next time you visit. We have no more pikes for an extra head,” he spat out, pushing the chamberlain out of his way and storming out of the room.

“Tssk! Meddling piece of shit! I’ll have you hanged too!” he mumbled, seething, when the duke was already far away, as he himself left the room and slammed the door.

HOLY SHIT! Thank god he left! I was THIS fucking close to breaking character with all this neck touching, ear whispering witchcraft… I wonder if Alith will be jealous.

Duke Skyreach, uh? The trial’s theme is the past… This all is a lot less random than I thought it was. This guy’s family eventually took over the kingdom then? That’s huge! He’s definitely no pushover. She looked back down at her newly acquired necklace.

So this is where the flag comes from...

From a sun to a moon… Damn, am I going to wake up covered in sand when I get out? I am, aren't I? What if I die during the trial from sand suffocation… The angel won’t let that happen, right? Right? How did I make such a dumb mistake… I always knew this pendant would come to bite me in the ass someday.

“And of course I don’t have [Identify] anymore… annoying.”

“I’ll have to add this chamberlain folk to the additional task’s hit list too… This guy, Ellen, then was it Jovvin? Javvin? What a shit name. Maybe the knights too? How thorough do I need to be? And while staying at level 1…”

Sofia was wasting away on the princess’s oversized bed. A knight had come to deliver food at some point, it was surprisingly good, definitely not a regular ‘prisoner’ meal. The sustenance was welcome but that didn’t keep her busy for long.

Inside this room, there was no one to talk to, no skills to train, no books to read, it hadn’t even been half a day and Sofia was already bored out of her mind.

I need to get out of here... somehow. I can wait for the Skyreach guy too but who knows how long that will take...

The opaque windows let in a diffuse lighting, bathing the silent chamber in the cold moonlight.

Sofia got out of bed, she grabbed a palette knife from the painting supplies and scratched the floor at every corner. “No holes in the spell’s protection here either…”

So much for trying to dig out...

“The bed then… Too heavy. Clothes are an impractical support too… Can’t carve it in the canvases, too shallow… All that’s left is… paint?”

Under the cold light of the moon, pots and pots of expansive paint were poured on the back of equally pricey painting canvases, laid flat on the floor, filling up the wooden frames.

“Four should do… I’ll make a fifth one just in case. There’s still plenty of space on the floor…. But god the smell is killing me.”

Why do ritual circles have to be so big anyway? Can't we make a smaller version on a scroll like for the classless skills?

Her pourings completed, she went back to bed as bored as she had left it. At least the sheets were godly, it was the best bed she’d ever touched, even the pillows felt like clouds. Probably. What does a cloud feel like?

I hope Alith is doing better…