A nice day to be lost at sea, right?

Wanna know something funny? This book's MC is actually called Parth (°ロ°) I swear I didn't copy, I've been writing this for a while okay. Funny how small the world of made up names is I guess. Wait... Parth is a real name? Oh well... At least Pareth isn't a real thing... Is it? 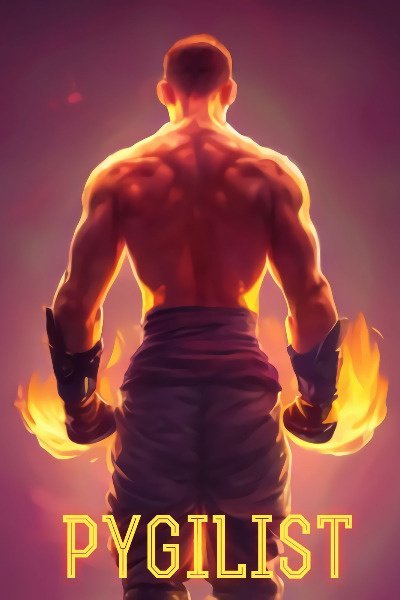 The sun gently caressing my face, the peaceful rumble of the waves, a warm and soft… lap pillow?

Sofia opened her eyes, she was welcomed by a spotless blue sky and the sharp face of a certain black haired banshee. “Would you look at that, the slumbering god of thunder is finally awake,” she said, leaning down, bringing her face closer.

Alith pretended to be offended, “First thing in the morning you’re already calling me a shovel? Not everyone wants to carry huge jugs around all day, hmmpf.”

It took Sofia a second to compute all that, then she burst out laughing, “I meant a sickle!”, “I swear!” she managed to get out between two fits of laughter. Alith laughed too, “You’re the sickle! Your whole family’s the sickle!” she riposted, pretending to try to cast Sofia off into the ocean.

They laughed like this for a while. The stress and worry that had haunted them during the battle melted away.

“Can I sit up?” Sofia asked after they both calmed down.

“Are my poor bony legs too rough for the Saintess?”

“Come on, yo-” Sofia started but she was cut off. “You can but we need to shift the weight back a bit before, or we’ll keel over.”

They awkwardly wiggled around, then Sofia could finally sit upright and get a better look at their current situation. It was not good.

Two women on a small wooden board, stranded in the middle of the ocean. Not a single thing in sight besides water. No water, no food, barely any clothes, even. Boy are we in trouble…

“I feel like I can guess what happened but just in case…” Sofia mumbled, still looking around.

“And I feel like we’ve already been there but… Anyway. You throw lightning, Siren go boom, boat go boom, I protect you from the explosion, somewhat. Better thank my immunity to heat, your armor and your fireproof vest thing, you barely survived with all that between you and the heatwave.”

Alith took a breath to keep explaining. “We end up in the water, me mostly good but you lacking a lower body, dragged you on this piece of wood from the shipwreck, we drift away, dragged by the currents while the ship sinks. The sirens fled when the queen died so that’s a good thing. Most of the pirates survived the initial blast, I think, but I quickly lost ‘em from sight in the storm. Then here we are like, what, nine hours later?” she enumerated, lifting a finger at each point.

“Not bad actually,” Alith denied with a smirk. “Look, we have some rain water,” she triumphantly declared, holding out a glove from her armor that was plugged by a piece of leather cloth.

“I collected rain in my helmet at first, but it was too unstable to carry with the waves so it’s in there now. Want a drink?”

“Woah I can't believe you thought that far ahead while also saving my ass. I’m honored you would share,” Sofia thanked Alith.

“It’s all for you actually, I'm still an undead, right, I'll be fine without water. And about saving your ass… you have no idea. I had to regrow it, I’ll have you know.”

“Thank you, really, Alith,” Sofia grabbed Alith’s hand to express her thanks, then she grabbed the glove and drank the lukewarm water in slow sips. “And so that’s why I’m wearing your gambeson as a makeshift skirt…”

Speaking of which, the stranded duo certainly looked the part. Sofia was wearing her fireproof gloved hoodie, with half a shredded gambeson rolled around her waist, that was it. Alith had it slightly better, her inner cotton pants and shirt had survived, albeit ripped in places by the siren’s claws. The plate armor was all but gone, only a lone pauldron remained as well as the water glove. Sofia rejoiced that at least all of their magic items had survived, as well as Alith’s weapons.

“Well, we can only hope that someone will find us… Wait can’t we teleport to Zangdar?” Sofia asked.

“Nope, raft’s too small for the teleportation circle. No need anyway. There’s a piece of good news I’ve kept from you.”

What is she coming up with this time?

“Actually… We’re drifting towards the towers. At this pace, we’ll be there in a day or two.”

They had talked for a bit, debriefed how the fight against the siren went, each recounting their point of view of the events, and eventually, with nothing else left to do, Sofia looked through her system message.

‘[Blessing of the Deep] reached level 18’

‘[Blessing of the Deep] reached level 19’

Can’t be helped… I couldn’t hold back against the siren. I’m almost pleasantly surprised that only four died if I really sunk the ship even. Rest in peace I guess… Not too sure how that works since I ‘harvested’ their souls…

Am I the bad guy?

As long as I don’t go around purposely killing people… Sorry.

Alith answered with a disgusted look, “Don’t call that a bird, you’re insulting their whole race… Or are all strong animals in your world fucking disgusting like that and the phageids?”

“You’d call a phageid an animal?”

“I mean… Oh, by the way, you probably couldn’t see with the rain, but I’ll say that, level 180 or not, the mithril blades don’t joke around. Don’t think your lightning did all the work, ‘cause me and Pareth hit it good before you came in. I almost chopped off a wing with these babies,” Alith recounted, swinging her weapons around.

“Maybe don’t play around with those while we are still stuck on a cramped piece of wood.”

“Tssk. Can’t have fun with you around. Should’ve left you to drown.”

It had been a few hours since Sofia woke up, the makeshift raft traveled a meter every two seconds. Staring at the distance counter was all they could do.

“Sofia… I’m bored,” Alith was laying down like a starfish on the raft, hands and feet touching the water, Sofia was doing the same right beside her.

“Oh, that’s just it? For a second I thought you wanted to poop, you scared me.”

She was answered by a short arm weakly being thrown over her chest. Can’t have a single bit of personal space in here, terrible bed, no meals. Overall bad experience, I rate this inn a one out of ten… At least it only smells of salt.

She glanced at the message again.

They could already spy hints of an island on the horizon. Or maybe that was their imagination.