Do I really need to add anything when the title says so much? 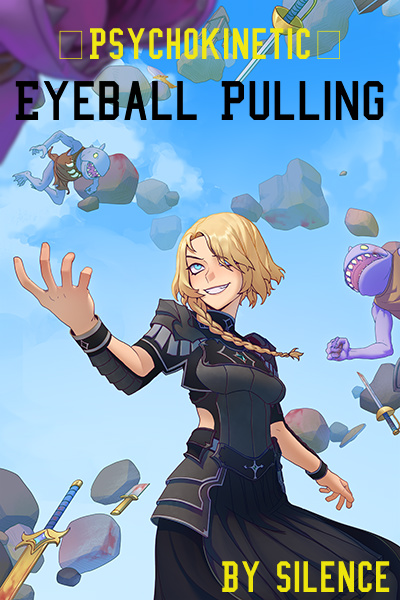 “Who! Where!” Zarrow’s reaction was immediate. He was already up and ready to fight, his usual jovial smile nowhere to be seen.

“No idea to both. One of my skills notified me that someone nearby had died, happened almost ten minutes ago, time to prepare and come here. We saw nothing on the way.”

The captain frowned at the explanation. “This better not be some kind of prank,” he spat out, “CRANE!” his voice shook the book cabinets’ glass panes. Then he entered a side room to ring a huge bell.

In less than five minutes, the whole crew had assembled on the deck. Crane had been tasked to prepare some kind of special weapon in another side room ‘just in case’.

The pirates looked at each other in incomprehension but obeyed nonetheless, they were all responsible for a different crew-mate. Soon, one of them raised a worried voice, “Kent! Kent isn’t here!”

Everyone’s first instinct was to look at the crow’s nest up above. But it was currently the other Barrelman’s shift, Kent should have been sleeping in the common room right now, there was no way he didn’t hear everyone else come up. Zarrow was quick to bring back order to the fidgety crowd of pirates, “Night crew, back to your stations, anyone idle look for Kent on the upper decks! The rest take care of the orlop deck, search every crate if you need to. Jack, Emmer, Alith, Sofia, with me to the berth deck, we check every hammock first then the cabins. Move it!”

Looks like he’s not giving us a choice. That’s what Alith agreed to for the free ride… Fine. I’d help search for the guy either way.

Two particularly muscular men armed with sabers and flintlocks joined their side as everyone else dispersed around the ship.

They descended to the deck below, and checked every nook and cranny of the place, looking at any space a man could fit in. Sofia had a hard time staying here, it all reeked of sweat.

It was the tanned man previously referred to as Jack that found something first.

“I got his clothes!” he yelled from the back of the deck.

Zarrow was the first to reach him, “Looks like Kent’s clothes indeed… Even his boots…”

A pair of old boots, pants, and a jacket were messily strewn on the floor near a half open gunport. The cannon was misaligned to the side.

Alith was next to join, “Damn! You think he jumped?”

It was the other muscular guy that answered with a scornful look “Kent wouldn’t do this, he’s a coward but not-” he started but was cut by Zarrow’s large hand covering his mouth.

No one talked for a second, everyone looked at the Captain.

While they were focused on Zarrow, Jack had jumped out of the ship through the gunport.

“SHIT!” Zarrow cursed, “SIRENS!” he shouted in an ear-rupturing roar.

“Find a rope and tie yourself up if you don’t want to end up like them!” he told the three of them.

“What about Jack?” Emmer asked in a panic.

“Too late,” Sofia and Zarrow answered in sync.

Sofia and Alith followed Zarrow up to the main deck. They weren’t going to wait it out.

“Tell us more about the Sirens,” pressed Sofia as they all rushed to the captain’s cabin.

Zarrow didn’t stop walking to brief them, “Sea monsters. Levels in the eighties. Strong hypnotizing chants, hunt in large herds. They get you in the water you’re a thousand percent dead.”

“I don’t hear anything?” Alith remarked.

“You won’t until they target you. They all focus on one person and they empty the ship one man at a time.”

Everyone on the main deck was hastily tying each other up to the masts and chains. To say everyone wore a look of terror would be an understatement. Zarrow’s skin was turning to bark, as he rushed past them, roots would grow from the deck’s planks and latch on the crew men's legs.

The trio reached the side room Crane had gone to, the boatswain had also somehow tied himself up, his ankle chained to a table and his hands tied behind his back.

It was fortunate that he secured himself that way, as his eyes were white and foggy, and he furiously wriggled on the floor, fervently trying to reach the window. He was promptly encased in a web of roots. Zarrow grabbed a flask full of green liquid from a table covered in alchemy tools and decayed leaves that were also littering the floor.

“You’re both confident they won’t get you?” the captain asked them while he struggled to open the flask.

“It’s hypnosis, right?” asked Sofia to confirm what he said.

“No doubt,” he reaffirmed.

“I’ll be fine with this,” he gulped down the green liquid, the bark on his body taking on a subtle green glow.

Alith could barely stand in place “What now?” she pressed them, her weapons already spinning around in her hands.

“The main event hasn’t started yet. Seeing how the ship’s still in one piece for now the queen shouldn’t be above level 200… I’ll go back down there and use these bad boys,” he raised many roots from the planks around with a wave of his hand “I’ll try to keep every lesser Siren from climbing up or straight up destroying the ship. I’ll also relocate everyone else down there with me. You stay here and fight the queen when she comes, when she’s injured they’ll all flee. Good?”

Zarrow was done with wasting time and with his explanation. He sank through the deck’s planks, and so did everyone else except Alith and Sofia. As if the ship swallowed them all.

Everything around them was eerily calm with everyone gone. The ocean was serene and the cool night breeze wasn’t exactly foreboding. Sofia let Pareth out of the storage. She reread his last upgrades, they hadn’t been used much yet.

[Holy Skeleton] : Allows the Saintomancer to control Pareth, the Holy Skeleton wielding the Holy light of Gods. Pareth will keep experience when switching host bones. Physical and magical capabilities are influenced by the current bones.

Lv.1 : The Saintomancer always knows where their Holy Skeleton is.

Lv.20 : Pareth can create and wield a sword of Holy light. Proficiency depends on the host bones.

(Next function unlocks at Class Level 100)

It was becoming hard to keep track of what bonuses he had exactly, main takeaway being that he got stronger and more versatile. The three warriors adopted a triangle formation, they had no idea what they were really up against.

What’s a Siren anyway? Some kind of fish? And the queen will show up on the deck?

Her internal worries were silenced by a thousand mental cries. The terrifying spell of all the monsters had chosen her as the next target. She wasn’t at all affected by the hypnosis, which was as much a blessing as it was a curse, because of it she had to actually hear the horrid synchronized wailing of the Sirens.

‘[Blessing of the Deep] reached level 18’

She keeled over from the sonic attack. It went as fast as it had come, Alith hadn’t even had time to react to the sound of her falling.

A large shadow obstructed the light of the moon.