That's a lot of followers! About a hundred times what I expected when I published the first chapter three weeks ago... That's probably more people than I've talked to through my whole life. I've had people recognize my username on discord. People sending me messages. Unreal isn't even enough to describe this madness.

Well. Life goes on. I hope I can keep you all around for a long time. There's plenty of shenanigans in store for Sofia to get up to.

Zarrow didn’t wait for the girls to react and was already transforming into a man of wood, fusing with the ship’s boards. His skin was turning to bark, his legs and arms grew long roots, plunging into the depths of the Blood Whale. “Girls, this is going to shake a lot, and we could have something or someone waiting for us at the end so be ready,” the captain expressed, as even his face turned wooden.

Alith was already tightly holding onto her chair but Sofia looked more relaxed.

[Way of the fool] will prevent me from falling whatever happens, won’t it? I’ll go to the window, wanna see what these drifts are.

Both Alith and the captain were surprised at Sofia’s lack of care for the situation, but they said nothing. All she could see from the cabin’s large windows was the water under and the sky above. A tranquil ocean under a gradient orange sky. Sun’s setting soon. Again, how do we see at night on the ship without fire?

She didn’t get more time to ponder on the question as the boat shook in a disturbing way. It was vibrating. Trembling as if it had caught a violent cold.

Sofia had never been on a boat before today but even to her it felt obvious that this wasn’t something a boat usually did. The shaking only grew more and more intense, until, pushed by a thunderous column of water shooting out of the ocean, the boat got propelled into the sky.

The boat cracked in many places, the split pieces, all connected by a thin net of internal roots, couldn’t fly far. Under Zarrow’s control, the broken parts seamlessly grafted themselves back to the hull.

Alith had screamed in terror at the sudden propulsion and had unwillingly partly turned back into a ghost, barely managing to cancel the metamorphosis mid way, hopefully before Zarrow could notice. Sofia wasn’t faring any better, despite not falling, she had still been struggling to keep any semblance of balance.

The boat stopped going up, it had been propelled up and to the side, traveling a nice arc in the air, it was at the apex of the curve. Now it could only go back down. The right side of the hull hit the water. Sofia, who had managed to grab onto the captain’s desk, felt it slip from her grip as the ship slammed into the ocean and rebounded, flying up and to the side again. It bounced seven times like that, traveling smaller distances at every jump. Until it slammed against a large wave one last time and finally settling down.

The interior of the cabin was mostly untouched, even the cracks in the walls were being repaired by Zarrow’s wood magic. Sofia and Alith’s tidy appearances were what took the greatest hit.

Zarrow’s skin was changing back, he was the first to break the silence of the aftermath, “How’d you like the ride? Very nice, eh? Not any backwater old ship that can take this kind of a shortcut, we skipped at least half a day’s travel right there!” he bragged.

It took Sofia a few seconds to calm her heart, she ignored Zarrow and turned to the still erratically breathing Alith, “Are all people from your world like this?” she said, still under the shock, but the banshee was too stunned by the ‘drift’ to even react.

“Bah! You Saints don’t know how to have fun! We even lucked out, nothing’s here to greet us, we can feast in peace tonight!” Zarrow exclaimed, slapping his belly twice. He walked up to Alith and brought a small open vial to her nose. It emitted a strong fragrance of plants that Sofia could smell from meters away. Whatever that was, it helped Alith calm down.

“Take your time in here, Crane’ll fetch you for the meal in half an hour if you ain’t out by then. The first drift’s always surprising, you get used to it, we won’t take another one this trip if all goes well.”

The sun shone unhindered on the group’s first morning at sea. A fresh sea breeze carried the galleon forward on the gentle waves.

Most of the pirate crew was relaxing on the main deck, playing dice or drinking.

Captain Zarrow came out of the navigation room looking bored to death. His eyes lit up when he spotted Sofia on the deck, “Hey! Acrobat Saintess, how about a little fight? One on one kinda deal. You up?” he hollered out.

Sofia had demonstrated her ability to not fall during the meal the previous night by climbing up and down the sails’ cordings, earning her a new nickname among the crew. Damn ghost getting me drunk again…

“I’m not exactly a fighter, sorry. I fear I don’t have a single attack skill that won’t reduce your precious ship to a pile of smoldering ashes.”

“Ay, no skills then, let’s just punch it out. Also you sure talk yourself up a lot for someone who got drunk in two swigs last night.”

“Won’t do either. Fight Alith if you want, she can hold her own more than me.”

“The midget can fight better than you? What a world we live in… Back in my days…”

“Hoy who you callin’ a midget, mate?!” Alith yelled from the other side of the deck.

Wow she didn’t take long to adapt to the whole pirate speech...

An arena ring had been set up on the main deck, the corners marked by four piles of cording. Rules were simple, no attacks that might endanger the crew or the ship’s integrity, no killing blows, first to surrender or step out of the ring loses.

A crowd had gathered around the two fighters, even the navigator was observing them from up on the quarter deck, still holding the wheel. A few unlucky sailors couldn’t watch as they had to actually man the ship.

On one side of the ring, a young dark haired woman holding two brand new long mithril sickles, wearing a partial plate armor. On the other side, a large bearded man with tree stumps growing over his fists and sturdy bark covering his whole body. Everyone was excited to see the high level people fight, a one eyed pirate had even started taking bets. The odds were almost even, if slightly in Zarrow's favor, maybe Alith’s demonstration of [AvoiDance] the previous night had impressed more than she thought. Sofia bet ten gold on Alith. That was a good chunk of what they had left. If I don’t show that I’m confident in her then what kind of a friend am I? Go! You got this Alith! You can’t let a big nosed tree-man beat you up!

Ay, what an unfair matchup for the lass, I hope I can teach her a thing or two… Jeez, the Kamas have mithril blades? Can’t block ‘em then. Need to deflect.

Zarrow shifted some of the wood covering his body to elongate his fist logs instead. I have to leverage my reach. Can’t let her get too close with those. Though I’ll still let her have the first shot.

Up in the crow’s nest, Kent rang the bell to announce the start of the round.

Alith dashed forward, delivering a delayed double strike with her Kamas. Zarrow dodged the first with a backstep and slammed the second blade away with his left arm. The mithril blade sliced away a good chunk of wood without actually reaching the arm. That created an opening for Zarrow to throw a thundering kick with a bark covered leg.

The kick didn’t connect, Alith used her parried blade’s momentum to twirl to the side, avoiding the kick by a hair's breadth. Zarrow kept up the pressure with a series of heavy punches, each dodged by a prompt ballet step.

As Alith gracefully spun around the ring, her weapons also gyrated in her hands, Zarrow had a hard time predicting where she might try to hit next.

Alith tried to close the distance but she would always find a punch or a kick blocking her advance. She wasn’t touched and managed to tag the pirate multiple times with the tip of her blades but neither could land a real blow.

Zarrow had pushed Alith to one side of the ring; he blocked her escape to the other side with his large body; she could only go backwards to escape his next straight punch. The captain used his whole body to give this decisive punch more momentum. Alith saw the hit coming, she could still backstep with her dance, as she jumped back, she let go of one of her blades, Zarrow’s punch had left his legs unprotected.

The weapon flew faster than the wood covered fist, sinking deeply in the captain’s thigh. As Zarrow’s wooden fist looked like it would stop just a few centimeters short of Alith’s bust, the wood on his arm violently expanded. The extra reach came too fast for Alith to react to, the massive log hitting her squarely on the chestplate.

The young girl flew out of the ring in a devastating crash, hitting a bunch of crates a bit further. She laid lifeless in the debris, like a puppet whose strings had been cut, amidst a wave of exotic fruits rolling out of the broken boxes.

Well, it will be 20 later today, [Advanced Chapters] is leveling up again, how high can we go? ( ͡⎚ ω ͡⎚)

I can't sell my blood to vampires, since I'm a skeleton, so I really appreciate each and every one of the generous gods sending me their blessings 人´∀｀)

Here's a bonus Sofia being cute just for you 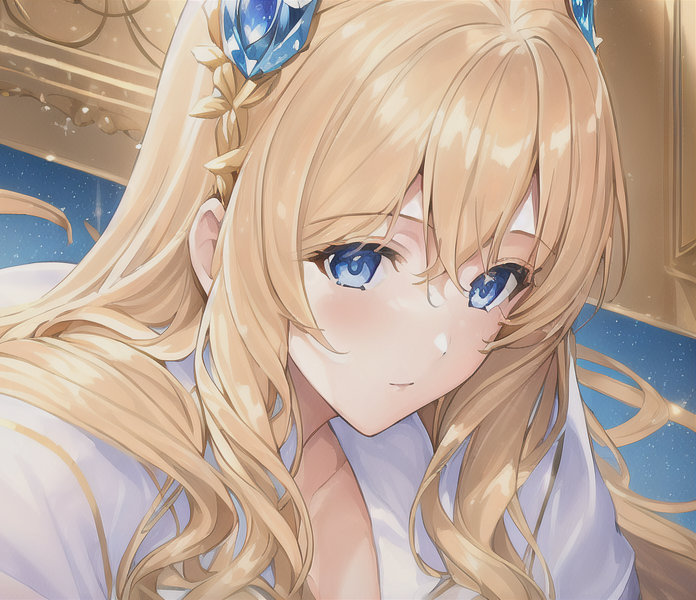