For safety reasons, I'll have to ask that you keep your hands and arms inside of the ship at all times!

Doesn't the name just make you want to read it? That's what it does to me... I'm going to start doing that right now actually (⌐▨_▨) 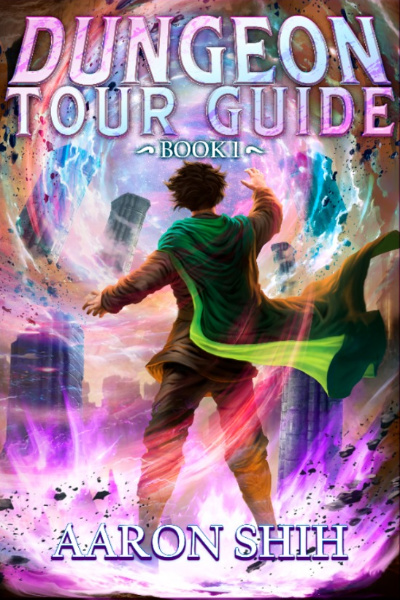 And as always, you beautiful people,

“This my room, you be sleepin’ here till we reach the Seofen islands,” Crane announced, “I be somewhere else. Don’t think I need to explain what the bucket’s for, we got you a clean one, ain’t that a nice touch?”

“That’s appreciated,” Sofia agreed, it was easier on her nose, although the ship in general was cleaner than she’d hoped.

“No’n much. Aight, so, few rules: no fire, if we be attacked you come runnin’ on deck, don’t play with the weaponry, you can go pretty much anywhere that ain’t the storage rooms, 'less you need to be there. And don’t go stealin’ stuff that ain’t yours,” Crane explained with an uneasy expression.

His speech done, he started leaving. “Wait, what about water and food?” Sofia asked.

“Well, the meals, you can’t miss ‘em really. I’ll show you to the water, it’s for drinkin’ only, mind you.”

After leading them to the water barrels, he left to do his own bidding.

Sofia and Alith took the time to explore the ship a bit more after that. There wasn't anything all that interesting. Ropes, chains, hammocks, cannons. And barrels. Lots and lots and lots of barrels.

They wondered how they would be able to see anything at night without fire.

The boat couldn’t sail yet, they were waiting for nightfall for some reason. Sofia didn’t feel exceptionally safe on an unknown pirate ship. By now she had identified almost everyone on board, only the captain was nowhere to be seen yet. Sofia was surprised that despite her constant use of [Identify] it hadn't leveled up a single time. Besides, the skill was weird, the amount of information it gave on objects varied greatly from one to the other. Some had flavorful descriptions like in a book, while some others were purely practical.

By now she had a list of the different object grades she knew of. The worst one was 'Bad', which she thought meant the object failed at doing what it was designed for and had no value, such as a broken chair, something like that. Next was 'Regular' then 'Valuable', followed by 'Precious', which were self explanatory. And on the side was 'Ancient', that had popped up on the vampire vial and the Saint related items, as well as 'Forgotten' of which the ring of Zangdar was the sole example yet.

Meanwhile people still only showed a vague approximation of their class and their level. With a precise level for people under 100 and a simple '100+', '200+' etc for the higher levels.

Most sailors were artisans around level 50, a few were fighter classes and the level 82 quartermaster was the only mage. Crane was a level 7 Supporter class and the lowest level on the ship but everyone still looked up to him with respect. Must be doing his job real well. And then there were Alith and her, the whole pirate crew was apprehensive of them, the lively clamor on the ship toning down whenever they were around.

Cause they know our level I guess? Wouldn’t expect us to protect them otherwise. Hopefully nothing happens on the way. Don’t want to have to show Pareth…

Eh, if someone could accept a necromancer it’d be a pirate crew.

With nothing to do, they lingered on the deck.

“I’m not kidding, this was the best option by far. Want to spend eight days in fish city for the next ferry? That’s what I thought,” Alith said. Sofia couldn’t hide her expression of disgust at the idea. Where’s my [Poker face] skill when I need it!

“Ok, you win, I’m already on the ship anyway. It’s not even that bad, just not what I expected,” Sofia said with a sigh of defeat.

The sound of heavy boots hitting the wood came from the side, someone was climbing the ship. The person in question started talking before they could even be seen from the deck.

“What was it that you expected then? Isn’t this Blood Whale of mine good enough?” the man asked in a loud and jovial voice.

Despite the cheery attitude of the unseen man, a chill ran through Sofia’s spine. She could feel him.

The man gradually appeared as he kept climbing, he was a broad shouldered man in his thirties, everything about him screamed ‘unkempt’, be it his long coarse hair, his bushy black beard or his hairy fat belly. Sofia felt that if this man claimed that he wasn’t a pirate no one in this world would believe him. He sprouted more tattoos than she could count on the exposed skin of his arms and torso, and had visible scars everywhere, even his face. Has this man never met a healer?

“Something with more beds and less sweat, maybe, your ship still beats having to swim I guess,” Sofia humored the unknown hero using a similar tone.

“Come on, hammocks are nice! Didn’t think it was nice enough to have a Saint travel around sleeping in them but still. Glad to see not every one of y’all’s a nasty haughty cunt. AHAHAH!” he said as he finished climbing up, laughing by himself.

Suddenly I feel like maybe being a necromancer isn’t that bad of a public image. This one isn’t teleporting around everywhere at least, kinda annoying how the hero class hides what their specialty is.

Finally on the deck, the man nodded to Alith who nodded back and extended a hand for Sofia to shake. His hand wasn’t nearly as rough as she imagined it would be.

“You must be Sofia, then, never thought I’d say this to a fucking Saint of all people but nice to meet you. Looks like you actually give a shit about the people you kidnap,” the man said, he kept smiling through it all.

“Am I getting praised by a pirate of all people?”

“Not any mere pirate, the great Captain Zarrow himself! I’m a pirate with morals,” he recited from heart, striking a strange pose with his chin up. Then he looked at his bare wrist, “Oh, but look at the time! We have to go soon or we won’t catch the afternoon drift,” he said to himself, before taking a deep breath.

“CRAAAAAAAAANE! We good to go yet?!”

The boatswain ran up to the foredeck where they all were, “Yes Captain. Everythin’s loaded and we’re not missin’ anyone, even Kent managed to come back in time for once,” he said, shooting a thumbs up to the man up in the crow’s nest that had been watching the scene, and who answered in kind.

“We ready to go any time,” Crane finished.

Zarrow clapped his hands loudly, “Everyone in place, we’re going in two minutes!”

Like clockwork, the twenty plus sailors on deck stopped their casual chatter and got to work.

“I suppose none of you is used to standing on a moving boat?” the captain asked. Seeing as he got no answer, he grabbed both girls by the wrists, “Aight, come inside, don’t want to see a young girl go overboard and drown so early in the trip.”

He led them all the way to the captain’s cabin. His grip wasn’t rough but they couldn’t free themselves at all if they tried, which they both did at first before looking at each other and giving up.

Zarrow let them go when they reached the cabin. It offered a wide view of what was behind the ship, so a lot of tall tropical trees at the moment.

“I’ll have you stay here until you can at least stand without trouble,” the captain explained.

“We’re still docked… Of course you’d be able to stand up. Wait until we catch the drift, you’ll be thanking me later for taking you inside,” Zarrow said as he kept laughing by himself.

Sofia sat down on a chair near the walls, there were a lot of books stored in the wall cabinets.

Hmm? The chair is stuck to the ground? Boat thing I suppose.

Alith and Zarrow kept talking, it didn’t take long for their conversation to turn to a hero talk that Sofia could no longer understand. At some point the system was censoring so many words that whole sentences were inaudible, Sofia gave up on trying to make sense of the obfuscated topics and just grabbed a random book from the glass cabinets adorning the walls.

It was an asinine read. The boat had been steadily advancing through the waves for a while now. Sofia was almost falling asleep on her chair when someone yelled from outside the cabin. “Drift!”

“Hold on to your chairs!” 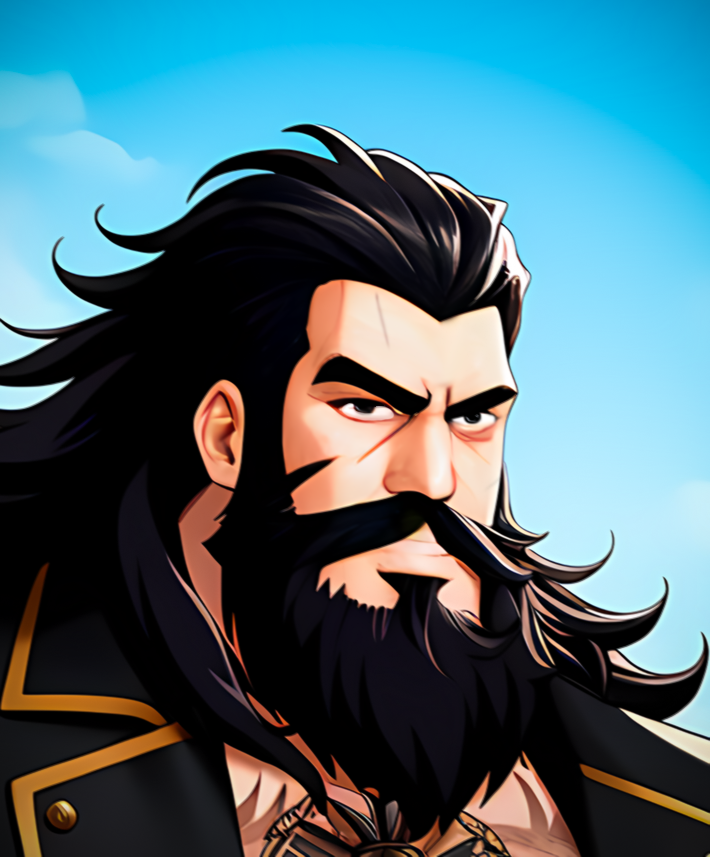 The great captain Zarrow himself. Or so he claimed. The ship, at least, was impressive.

You can also follow, comment, review, all that good stuff, even just voting on the reviews you agree/ don't agree with is a great help.

This is all according to my evil plan to hog Rising Star forever! Now rise, skeletons! ╰(▔∀▔)╯

Either way, have a good day everyone, the next big arc is starting soon ;)