Am a bit sick, probably a cold or something. So today shout-out, very quick.

WhimsicalDeity's : Protagonist: the whims of gods 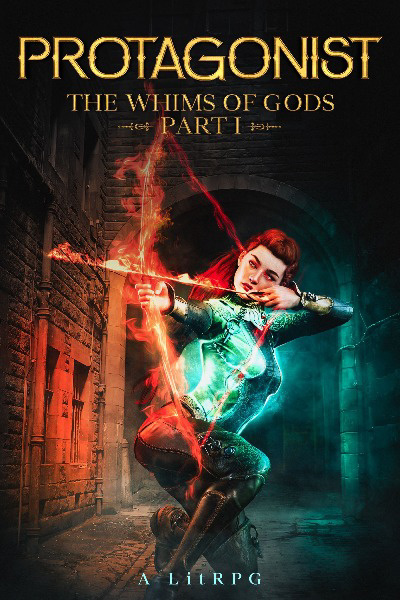 Sofia and Alith followed Kuli’s directions through the meandering alleys of Drakron all the way to a rustic looking smithy, built against the city wall. The smoking forge’s chimney had left a black trail of soot on up the wall.

“Do you doubt Kuli’s advice?”

“Not really... But I expected something else I guess. Can we enter? The door looks unlocked…”

Alith went in, slowly opening the door. The inside was as sober as the outside, a few weapons sitting against the walls, piles of ingots and scrap metals in every corner. In the back of the small shop, a very burly man with brown rabbit ears was tamping down sand in a rectangular wooden vat. The brown fur came all the way down to his shirtless chest and agglomerated in an imposing beard all around his face.

Sofia was looking at the ears first and had to do a double take to fully understand the man’s musculature.

His arms are bigger than my legs. What does this guy even eat to look like that, aren’t rabbit people usually all small and skinny?

“Hum, excuse me, sir, hello, I’m Alith and this is Sofia. We’re coming on a recommendation from the adventurer guild’s guildmaster,” Alith tried, brandishing the sealed recommendation letter.

The man took the letter and snapped the wax seal open. A frown appeared on his previously inexpressive face, getting deeper the more he read.

“God damn old witch! Giving me more work again! Can’t she stop breaking her shit for a month!” the incensed man shouted. He balled up the letter and threw it in the forge’s hearth. Only after that did he seem to remember how he got the letter in the first place, he turned back with a sorry expression.

“I must apologize, ladies, that wasn't against you, name's Karlson, smith for eighty years and counting, welcome to my shop,” he said with a friendly smile, holding out his right hand after shaking off the sand from it.

The rabbit man’s handshakes weren't anything special besides his hands being rough and large. The difference in size with Alith was quite comical.

“So, what may these two young ladies be looking for eh?”

“Let’s start with the weapons, I can’t wait to ditch the kitchen knife,” said Alith, already looking around for something better.

“A kitchen knife?” Karlson repeated “Can anyone reach level 99 fighting with a kitchen knife? You lot must have quite an interesting story to tell. You can pick anything in here and it will be an upgrade I can guarantee that.”

“Actually I don’t see anything that’s like what I want, can I have something custom made?” Alith asked.

“That will cost you extra, what do you have in mind?”

Alith walked to a rack with farming tools, and grabbed a sickle. “Something like that but with a longer handle,” she showed the length with her hands, “and sharpened on both sides, I want a pair of that. Can that be done?”

“So a shorter and lighter war hammer but bladed… Alright, I can see how you would fight with that, any request for specific materials?” The smith kept going while he searched around his workshop for a notebook he only found when he was done talking.

“Something light and fireproof for the handles would be nice, I don’t know anything about metal so…” Alith answered, clearly not in her element.

“Let’s do this the other way around then, how much can you pay? Regular old wood and steel would cost you 5 gold per, that’s only the smithing price. I can make these pretty fast. If you want to invest more… Since it won’t require a lot of metal, I can offer you Meteoric iron, that’s about fifty percent sturdier than my regular steel, price would be ten gold coins for a blade. So fifteen for the whole weapon. Thirty for two,” he estimated.

“What if we want something better?” Sofia intervened.

“Well, the next options are a lot more expensive. There’s a lot of choice but for what you need and with what I can get… You can have Orichalcum blades for a hundred gold coins each. Sturdier, sharper, heavier, and can be enchanted to great levels, but I don’t have any right now, I can get some in two weeks if you want that.” Karlson said as he handed Alith a pink dagger. “That’s an Orichalcum dagger, your blade would be like that, maybe with a bit more curve.”

Then he presented another option. “And the other decent choice would have to be Mithril coated titanium blades. Forever sharp, lightweight, essentially unbreakable, magic resistant, will cut through most anything. But it cannot be enchanted in any way, and you need a Mithril coated sheath to go with it. That’s three hundred gold a blade, sheath included. For this price I can get you a good magic wood for free to make the shaft out of. So what will it be?”

“Can we see a Mithril coated weapon first?” Sofia asked while Alith swung the pink dagger around.

“No, don’t have any left and the last bit of Mithril I have is barely enough to make these combat sickles… You can have a look at my hammer though, the head is fully Mithril. I’ve been using it every day for over twenty years and it still looks good as new,” the man said, grabbing and showing an inconspicuous smith hammer with a green tinted head.

“Well, look.” Karlson grabbed what looked like an iron ingot, placed it on his anvil and struck the cold metal with his hammer.

The resonating strike caught Alith’s attention too. The hammer had penetrated the ingot, leaving a deep hammer shaped hole in the now deformed and widened ingot. Karlson presented the hammer again, “See, not a trace.”

Was the ingot actually made of mud?

That prompted a large smile from the burly rabbit smith. It took Alith a few seconds to come back from the stupor of what she had just seen the smith do, she turned to look at Sofia, wide eyed, “That’s six hundred gold! Did you leave your brain at the guild? We have a lot more to buy! I’m not even that good with weapons!” she protested.

“What more to buy? Do you think the 300 gold we’ll have left isn’t enough? It’s my money and I’ll buy what I want,” Sofia decreed, and her words were final. “We need a few other things,” she added, addressing Karlson.

“I see how it is…” Alith murmured, shaking her head in disapproval. She rolled her eyes seeing how Sofia ignored her and decided to go have a look at the smith’s creations instead.

“I need a buckler and a flanged mace, all steel,” Sofia continued.

“You can get that on the racks behind, prices are on ‘em. Anything else?”

“We’ll take a set of light plate armor for her, if you have anything that fits, the less hindrance on her mobility the better. And then I have another custom order for you.”

“I have all sizes of steel plate armor in stock, gambesons and all included, although for the lady’s size she won’t have a lot of choice in terms of the design,” said Karlson apologetically looking down at Alith, “But they all let you keep a good mobility. What’s that other order about? An armor for yourself?” he asked Sofia.

“Indeed, there are a few quirks to it however. I need a tight fitting gambeson to wear under my armor,” she started.

“All good so far,” Karlson pointed out as he started to write this down in his notebook.

“It needs to have a hood that can hold my tied hair and still protect most of my head, the kind that’s closed at the neck. It also needs to have sewn on gloves and be of entirely one piece, which ties in to the last and most important point. It doesn’t need to protect against regular weapons, but it needs to be fireproof and give good protection against very high heat.”

“That’s it? This is no big deal, I have more than enough salamander hide in stock. How does fifty gold sound? Since you want it to be hyper focused on heat resistance I won’t have to treat it all that much, these beasts swim in lava all year ‘round.”

Meanwhile, Alith, whose opinion apparently didn’t matter, was looking at all the weapons exposed in the shop.

Karlson finished writing in his notebook. “Will that be all?” he asked. Sofia nodded.

“All right, so… The two sickles, plate armor, salamander gambeson… That will be six hundred and seventy gold coins, you can pay half now and half at delivery or everything now. Since the old monster sent you I won’t charge you the few golds for the mace and buckler, pick any from these racks over here.” he explained, gesturing at one of the walls.

“Thank you! I will pay half now, we still need a few days before we receive the rest but we will have it, when can we expect it to be all done?”

“You’re most welcome! Give me a week, Mithril is hard to work. I need your measurements too. What kind of armor will you wear over the gambeson?”

The business talk ended with Sofia showcasing her bone armor skill, Karlson was very interested in the peculiar design.