Eight chapters ago, I was proudly celebrating my 100 followers...

What an amazing journey already, I wonder who's adventuring more between my busy skeleton and Sofia at this point. That's well worth a second chapter later today to celebrate, I believe. (｀• ω •´)

Now. Yesterday's shout-out was another Necromancer story. So let's shake things up a bit, what about some good old Galactic conquest and mind reading action? 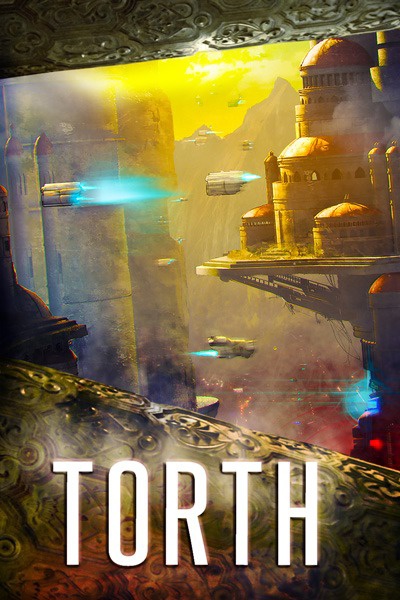 As always, thanks you all, from the bottom of my heart, take care,

Crossing the border was uneventful. The villages close by had been evacuated, likely due to the growing conflict between the kingdom and the empire. Sofia and Alith didn’t want to loot whatever the villagers might have left behind, not that there would have been much anyway. All they did was rest in empty inns and be on their way. Well, maybe some leftover ale had been nabbed in passing. Ghosts can’t get drunk but that won’t stop them from trying.

I even left some money at the inn for that…

The first real sign that they had reached the empire was them stumbling upon a paved road. A luxury that the Skyreach Kingdom couldn’t afford out of the cities.

“Roads like this should be only between major cities, I’m pretty sure we’re on the good way to Drakron. Doesn’t help that we haven’t come across anyone yet, I don’t know where we are on the map…” Sofia said, frowning at her map.

“Maybe it’s for the best that we don’t see anyone you know. You’re not exactly looking friendly with your armor.” Alith interrupted from above.

“Then I’m a friendly armor. Stop bantering and fly back up, see if you see something.”

“At your command, your holiness,” the ghost snarked back at her while tapping her own forehead then her chest in weird gestures while drifting up.

“No! Still nothing! Just more road.”

We better be going in the right direction…

They came across a hamlet on the way. They couldn't stay there but buying some food and seasonings from the locals had made the rest of the trip much more enjoyable. Although spilling sand everywhere when I paid was a bit embarrassing. I need to empty this damn necklace more often.

Sofia and Alith had been walking toward the capital for a few days. It was quite close to the border with Skyreach, which was one of the reasons why wars of territory were common between the two. The empire had been eating more and more land over the last decade.

“We’re here! I see it! It’s right there!” Alith shouted excitedly from way up in the sky.

“Alright come down then, better not let people know you’re a ghost or they might try to exorcize you.”

Alith transformed back mid-air and landed in front of Sofia “Can they?” she seriously asked. “No idea, but I don’t want to find out the hard way.”

“What are they gonna do? Throw some salt and point a cross at me?” Alith retorted, standing akimbo in front of Sofia and barring the road.

“I'll be the one to throw you salt if you don't get moving.” Sofia answered matter of factly. She grabbed Alith from under the arms to lift her up.

“W- Hoy, stop! Hey! Let me down! Sofia! Let me doooooown!” Alith protested as she was hoisted up on Sofia's armored shoulders. “Aaaaaah it’s so high! Let me down! Please! I’m gonna fall!”

Sofia brought her back down. Tchh, boring.

“You’re no fun, the kids at the orphanage loved that. And you were flying ten times as high a minute ago so what’s with the sudden fear of heights?”

“This is this and that was that! I’m serious, don’t treat me like a child. At least I can handle my alcohol unlike a certain tall lady.”

“You really have to bring that up now?! I’ll beat you next time when I’m less tired!”

“Dream on, Sof, not in a million years.” Alith was satisfied with her comeback and went ahead towards Drakron city.

A small group of people was waiting in front of the large fortified door. They had horse-drawn carts full of leafy greens to be taken into the city. Looks like a decent harvest. The guards stopped their negotiations with the farmers and grabbed their weapons when they noticed Sofia.

“Who are you! Please reveal your identity or we will have to ask you to leave.”

Oh, I should at least open the visor.

The guards tensed up when Sofia moved but they relaxed a lot after a single look at her face.

“Cheater,” Sofia heard someone mumble behind her back.

She held out her hand and a small silver card appeared, along with a few grains of sand. “Will that do?’”

A tall young guard approached to look at the card, he reached out to grab it and read it. “Are you crazy! Don’t touch that! Wait.” An older guard said, he turned to a third guard. “Go grab Bernie, quick, vampire card.” The third guard disappeared through a small door beside the closed gate.

Crap, does that mean trouble? I thought Vasperia had an embassy here too… Sofia worried but it didn’t show on her face.

Ironically it was this message that broke her neutral face with a smirk. The older guard of the bunch tightened his grip on his spear.

The atmosphere was tense for a second, until the guard realized there was another girl hiding behind the tall one. They all relaxed a bit for some reason. One of them had a look of understanding and nodded to himself.

What the hell is happening?!

To Sofia's great relief, the guard that had left came back an instant later with a muscular man holding a scepter, breaking the awkward silence. The man had three white stars pinned on his chest whereas all the other guards only had one.

He walked up to Sofia and glanced at the card, then he pointed at it.

The man advanced his finger. He’s not gonna grab it? Then he tapped the card, a sizzling sound came from it. Or was it from his finger? He retracted his arm violently.

“Shit! Ah! It’s not a fake.” He said in between pained yelps and shaking his finger like it was on fire. “Sorry ma'am, you may go in, please do consider bringing regular identity documents next time for both you and your child. Do you want to be escorted to the embassy?” He tried his best to hide his pain while taking care of them, which fooled no one.

Is the membership card secretly made of invisible fire that doesn’t hurt me or something like that? What just happened exactly? Wait… Can I…?

Sofia tried something she had never thought of with her least used skill, [Identify], she used it on the guard.

Wha- ! Really?! This skill is so dumb! How is that allowed! Ah, but it doesn’t explain what happened…

“No thank you. Sorry you had to go through that. Do we go through the gate?” Sofia asked, shifting her gaze to the eight or so meters tall armored gate.

“Of course! Of course… It was nothing. Please enjoy your stay. I'll open the gate!” the three starred man affirmed, leaving out the same side door he came from.

I can’t believe I had this skill all this time and never used it again after identifying the headband and the ring. I need to pull my head out of my ass before something bad comes from my lack of care for details like this.

A moment later, with the sounds of chains moving, the gate started to swing open. It didn’t open fully, but more than enough to let them through.

Just like that, they entered Drakron, capital city of the Red Winds Empire.

“Brawny asshole…” a pouting banshee grumbled from behind Sofia. “I’ll change my class to witch for real and curse them... Seriously, do I look that young…”

I wonder if I show up as ‘Saint’. Actually I do, guaranteed. No way the Church wouldn’t have checked… Maybe that’s why a High Priest showed up on the first day.

The other guards at the gate all showed up as fighters between level 50 and 90.

Wait a minute, can’t I just identify myself?

Unsurprising. Nothing to see here. The empire’s religion isn’t about to try to capture me too, right? And why would no one at the gate have [Identify] when it’s that useful in checking people?