Are you doing fine after yesterday's party? (Or reading party? That's valid as well.) Shout-out time, you know the drill by now,

Surely you have nothing against the undead? If this isn't right up your alley I don't know what will be. 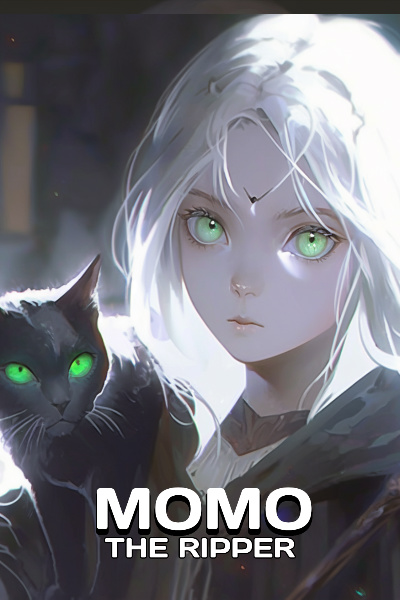 And as always, take care, especially today, if you've been drinking

In the locked city, that had been clean and proper in its chaos not so long ago, there were now burn marks and debris almost everywhere. In a short few days, all of the upper levels were free of the wall monsters. They had killed more than they could count and were currently sitting at level 98. There had been more ‘traps’ like the one where they encountered the Phageids the first time. These had all been scouted and dealt with by Pareth before they could even enter them. Despite their population drastically lowering, it didn’t seem the remaining monsters got any smarter or warier of them.

They don’t count as having a soul as far as [Avatar of Death] is concerned. Do they even have a brain? Maybe we should try to open one up… Or, maybe not. Ash was all that remained after they were hit by the [Angel’s bolt], and it was probably better like that Sofia thought.

“What do you think, do we do the lower levels too? I still find it disturbing how they’re completely cut off.” Alith asked.

“There might still be some up here in this mess of paths and buildings. But I guess we’re not finding them anymore…” Sofia started, she was cut off by Alith, “We’re both officially dumb, I just had a revelation.”

“79 right now, I assume reaching 80 after the next use, it’s been there for two casts already.”

“Don’t you think it would be a waste to go down there and search for the poor little Phageids hiding in there like we’re still some level 20 village guards? So why not…”

“You want to blow everything up from up here on the roofs? You’re crazy, you know that? You’ve seen the buildings being blasted open and the floors getting demolished by the blasts. What do you think will happen if we explode everything that’s under us?”

“It’s not like you can blow up everything between the two walls, come on, if you target the main road the worst that can happen is the buildings overlooking it falling down. We only have to stand a bit closer to the city walls. And like this we don’t even have to get down.”

With the repeated abuse, armor of bones had leveled up all the way to 100. They had even figured a way to source infinite bones for it : Pareth. Since he could regenerate them under [Heal undead], they’d take everything but the skull for the armor’s bone storage and let him grow a new body.

Now they started to throw random lightning at the lower level. It was actually way worse down there, every other house was full of the things. Had they gone down without a plan they might have been drowned in endless waves of fake walls. Well, only if they were coordinated enough to attack at the same time, which would surprise even Pareth at this point.

Sofia only had enough mana for four attacks, each bolt costing a net 10000. Alith’s healing had gotten at least twice as efficient after their little heart to heart under the stars, which no one commented about again. So they would launch an attack, heal up, do it again three more times and then teleport back to the plains of Skyreach. I’m really getting a workout, going up these damn towers every time. Returning to the safer place, they would do whatever for the next three hours until Sofia’s mana was topped up again.

Back in the plains, they had built a makeshift shelter under a large rock formation near a river. That was where they lived and slept when not playing demolishers.

Alith had taken some time to ‘fix up’ the clothes that Sofia had given her, it didn’t look great but at least now they weren’t two times too large anymore. As for Sofia’s own clothes, she didn’t have any left, all had burned. She was now wearing the armor on her bare skin 24 hours a day, which was arguably more comfortable than wearing it with clothes, she didn’t even sweat as much in there. I still want a hot bath though. The cold river is starting to get on my nerves.

It took four more days of this to destroy not even a tenth of the main street’s length, on only one side. The literal thousands of Phageids packed in the lower level’s houses were like free bundles of experience ready to harvest. By now, cleansing the city felt like a job more than anything else. It was repetitive and boring. They would come back later to get to the bottom of this place, when they were higher level. Right now all they wanted was to be anywhere else.

Sofia had come to a conclusion that something was wrong with how they leveled up. Either these wall monsters gave very little experience, or the way they killed them with low effort had an impact. Either way, there was no way every human over level 100 had killed that many monsters. And what about the high level animals, did they commit genocide every other day to gather experience? It all sounded wrong so there had to be a problem with this situation in particular.

Nonetheless, there were just too many Phageids in the lower levels of the outer city. An endless amount. Allowing them to reach level 100 and finally leave.

Almost. They were actually stuck at 99.

‘You have reached maximum experience’

[Congratulations, you have reached the second filter. The great path lies ahead.]

[You will no longer gain experience]

Alith had gotten the same messages, except for one word that changed.

“Do you think Zangdar is actually in the towers?” Sofia asked, opening her visor.

“It said minus one meter when we were in there. I don’t know what it means but since that was the same for both of us and now our towers are slightly apart, I don't think that's it. I’m more curious about how many towers like that there are. You really didn’t know anything about this?”

“What do you think? There aren’t people above level 100 everywhere, how would an orphan know about this. And we just found a reason why. Unless that’s only for us but I don’t want to believe that… Looking at the map, hmm, that far to the southwest… The towers should be somewhere in the ocean. Ever seen the sea? In your old world I mean.”

“No, I lived in the mountains. The sea wasn’t that far away in the south, with a carriage I’d be there in a few days , but I never had a reason to go… Damn I can’t believe we didn’t get a skill either! What a scam!” Alith lamented, throwing one more stone in the nearby river. “Do you think we could beat that guy you tricked off a cliff? He was only like 50 levels higher wasn’t he?”

“What, the Magisterium? No way in hell! You haven’t seen the old man fight, he was like a storm, Pareth would look like he’s never held a sword if you compared them. And the sword was so heavy I couldn’t even lift it!”

“Pah! Says the woman who’s half my size.”

“And has twice your health points.”

“Sure, sure, a healthy dwarf, aren’t you, Alith. Any opinion on where we go next?”

“Long term the towers, that’s pretty obvious. I’m not letting [Maiden’s Kiss] be my last skill! Short term, I want a hot bath, fitting clothes, and proper food,” she answered, looking at the remnants of their last meal of unsalted grilled river fish. Which is what they had eaten every day for almost a week, their provisions having run out while they cleared the dungeon.

“We should learn more about the towers before going. And find someone above level 100 who can inform us.”

“The empire’s capital then?”

“Yeah, I say we cross the border on foot, we’re almost there anyway, follow the river until we find a town, and rent the first carriage to Drakron. Any questions?”

“Why do I have to walk too?” Alith said with her body becoming translucent and blurry. She laid down, her torso and head going inside the rock she had been seated against. After that she floated up and to Sofia’s side.

“Isn’t that just as exhausting?” Sofia asked. Alith had told her that moving as a ghost was a conscious and constant effort, especially if she had to go fast or through solid matter.

“It’s different, but better in a few ways, keeping up with you on foot isn't something I can do either way. Worst case I’ll rest in the sand pendant. So, are we going?”