Heya! Thanks for being here everyone, seeing the numbers keep going up feels truly unreal at this point, am I dreaming? Don't wake me up. (ㆁ△ㆁ)

He's not far below in the Rising Stars, let's help him up! 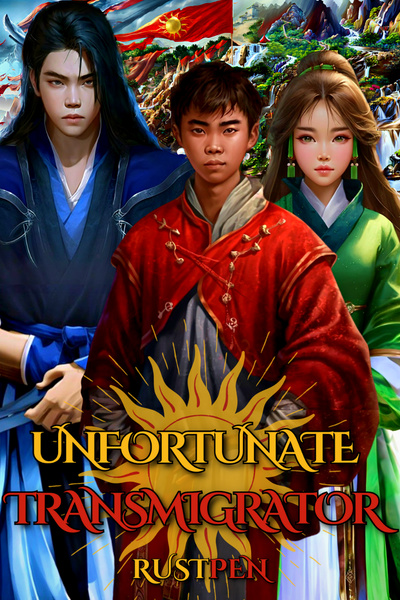 And as always, take care,

The lightning bolt had killed all 26 of the Lesser Phageids that had been in the house, bringing Sofia up to level 88. The levels are starting to come slower, we’ll need many more to reach 100.

Pareth had barely survived the blast, his skull, or what was left of it, had been propelled far away by the explosion and it was all that remained of him, his status indicated 0.3% health points left. I’m lucky that I can always locate him or I wouldn’t ever have thought he wasn’t dead. She summoned the same old light pillar from the void above and chatted with Alith while Pareth regrew his lost bones.

“Maybe there were some before. I think the walls ate everything.” Alith explained her theory, “It’s weird that everything is so empty, there isn’t even any dust anywhere, my bet is that those monsters eat everything except the crystal walls.”

“It wouldn’t be surprising. But then what do they eat now? People like us?”

“I don’t know, maybe they don’t actually need to eat. The dungeons in your world don’t make more sense in the first place. The whole magic system doesn’t.” Alith rolled her eyes, “What’s with the kisses and the dances…”

“I think your world without mana is weirder. How do you even survive sickness without healers?”

“Come on, you’re talking to someone who made medicine for a living and you’re asking that?”

“Oh, right, haven’t seen you do that at all. I kinda forgot.” Sofia declared and shrugged. “Maybe you should cook yourself some growth medicine, since you’re so self-conscious about it.”

“We’ve been traveling non stop and I don't know the plants here, what can I even do?” Alith complained. “Also that doesn’t even exist!”

“Uh? I’m pretty sure it does though? I’ve seen growth potions being advertised in Einsen.”

“What! See, I told you your world doesn’t make any sense. No plant based medicine should be able to make you grow taller, ever.”

“Oh it wasn’t potions about height…” Sofia corrected, a smirk on her face, looking down at her aerodynamic traveling companion, “but that must exist too, don’t lose hope Alith!” she added, giving her a thumbs up.

Altih picked a handful of rubble from the ground and chased a laughing Sofia in between the collapsed buildings, throwing small pebbles of blue and white crystal at her one by one. The surprising part was that she could almost keep up despite her shorter legs.

“You’re lucky I can’t change back to a ghost in this dumb city!” she yelled at the blonde Saintess getting further and further away.

They tried to forget the stress however best they could.

Despite all the noise, they had not attracted more Phageids towards them. They teleported back to the mainland to rest in a safer place, spending a cold night in the empty plains. The horse was long gone. The next morning, they returned to Zangdar. It was too good of an opportunity to waste, you couldn’t find level 100 wildlife just anywhere. In fact the few animals they had encountered from the ritual spire to where they were now had to all be under level 10, they had fled at the sight of the horse. So they would at least get to level 100 in the outer city. Sofia expected to get one more skill slot like she had gotten at level 50.

Now that they knew exactly what they were looking for, it took much less time to find more groups of the fake walls, thanks to the high towers everywhere, they could always use the same strategy. All at the low low cost of me becoming a roast chicken every time.

They were shocked at the number of these monster houses, it was hard to walk for ten minutes without finding one. The smiting from the heavens worked well, Pareth even managed to escape the blast completely one time. At this point their hunting speed was only limited by the time spent healing Sofia from her burns and the speed of her mana regeneration.

The [Armor of bones] kept leveling up from the abuse it suffered at the hands of Sofia’s own attacks, and [Angel’s bolt] leveled up too, the outcome was that Sofia ended up just as badly burned every time.

Level 90 felt like a kind of hard stop, after that every level required exponentially more and more experience. They had reached 90 before noon and hadn’t leveled up again all day.

The worst part was that level 90 didn’t give any skill. The only good thing to come out of this was that Pareth had finally caught up in levels, also being stuck at 90.

It’s like the system doesn’t want us to go above 90. Are we going to stop getting stats next?

After a full day of hunting in the locked city, they teleported out again, they needed a good rest.

Being burned and healed all day was excruciating both physically and mentally. Alith was also on edge and getting seriously tired of kissing Sofia’s hand all day, which was pretty much her main job.

“You wouldn’t need to do it so much if you liked me more, that’s what the skill says. Do you secretly hate me?”

“Pfft, try kissing my hand three hundred times in a single day, see how you like me afterwards. This skill’s really dumb. My whole class is dumb. What am I going to do with a level 90 [Accounting] skill when we’re getting mauled by demonic walls? You get to shoot lightning and all I can do is dance and heal.”

Alith sighed. She was staring into the campfire, poking at the burning wood with her bare hands. “This is all pretty new to me. But I can already tell my class will never be good. And it’s weird to think my life’s probably tied to yours. Heck, I can’t even go into ghost form if I'm fifty meters away from you when I’m supposed to be one.”

“I don’t hate you, I really don’t…” she kept stirring the burning logs, a glazed look reflecting the vivid flames.

“If anything I’m grateful, without your weird taste in creating skills I would be extra dead back in my world right now. Instead I’m here, kind of dead, but kinda not. And that’s exactly how it feels like. What is my future, you know? Can I grow old? Have kids? Live my own life… Die?”

“And even without all this, like, what if we grow to hate each other's guts? What if you erase my skill? What if you die? Do I have to watch you grow old and be happy by yourself? What even am I to you? A friend? A sister? Or a disposable summon, a tool to get stronger, accomplish your own goals?” she observed her hand, on fire but not burning. “I… I just don’t know.”

Sofia got up from the rock she was sitting on. She approached Alith’s rock on the other side of the fire and sat right next to her. Her sudden closeness to the fire was a bit unnerving with all the burns she had suffered from the whole day.

“Hmm…” Sofia couldn’t find the words. “First of all, I don’t have an answer for everything. It was me who brought you here and at first I didn’t think for a second about what that would mean for you, so… I’m sorry,” she said, grabbing a stick and poking at the embers too.

“BUT!” Sofia sat straight up, and grabbed Alith’s face, forcing the depressed girl to look at her in the eyes, “You’re not a tool! A sister…" Sofia's face cramped for a second, "maybe. A friend? More, even? I don't fucking know, you tell me! But a tool? Never.

“Hear me clearly while I say this. N. E. V. E. R. NEVER! Who the fuck cares, ghost or whatever, you’re human! That’s not a question. You are free. Do whatever you want!” She let go of Alith’s head and opened her arms wide as if to show Alith how free she was. Then she started pointing at things to illustrate her next points.

“Want to stay around? You can. Want to go live your life somewhere else? You can. Want to find a way to no longer be a ghost, go back to your old world? You’re free to try, I’ll help you even. You’re free. And the skill? If I need to keep it forever then so be it. I don’t care. Do you think I’d trade the life of someone I care about for anything like this? Especially for a fucking skill slot?!”

Sofia let her go and took a few seconds to calm down, it was her turn to stare at the fire.

“And… I have no idea what will happen to you in the future. No idea what happens if I die. No idea what you want to do with your life. Honestly I don’t have a clue what I’m doing with my own life. I can’t manage yours too. Maybe someday I’ll get summoned into a prison cell by some dickhead at the church, and you’ll never have to see my dumb face again. A fitting end for a summoner… right?”

She stared at the fire for a few more seconds, and stood up.

“The only thing I know for sure is… I’m happy you’re here. Not as a summon… but, as a person.”

After that, Sofia laid down to sleep away from the fire, on a big flat rock. There were many such rocks all around the mountainous plains. She covered herself in a large but thin cape she had bought back in Einsen. It was Alith’s turn to have the bedroll tonight. The crackling fire a few meters behind and the roaring wind were the only noises disturbing the tranquil silence of a cold spring night.

Sofia gazed at the stars for what felt like forever. Eyeing the unknown.

“They’re not the same,” Alith said out of nowhere. She had walked up to the rock without Sofia noticing, she also looked at the cloudless night sky. Holy… that scared me. She laid down on the rock, next to Sofia, and grabbed a corner of the cape to cover herself. They had to be very close for it to be large enough for two.