“I am sorry for your loss, Perenia. I assure you. I failed to foresee this outcome. It pains me too.”

The Oracle stood at the balcony on the last floor of his tower. The wind ruffled his white robes as he addressed a female paladin that stood a few meters behind.

“The whole chain of command is collapsing! We can’t summon any new heroes! She killed him! Do you understand?! Why are we doing nothing!” yelled the paladin. She reached for the handle of her sheathed sword, only to back out and clench her armored fist in frustration. The gauntlet creaked under the strenuous force.

The Oracle sighed and turned to face the Magisterium’s daughter. It was indeed his actions that led to Armand’s death. Or rather, his inaction.

“This… God has spoken. This is His will.” He stated with a weak smile.

The paladin was about to scream again, perhaps even attempt to do something she couldn’t take back. The Oracle waved his hand and the fuming second in command of the paladin order was pinned in place by hundreds of luminous threads, her mouth sealed shut.

She furiously struggled but nothing she could do would free her from these restraints.

The description of his own skill flashed through the Oracle's memory.

[Binding of the thousand scriptures] : For none shall oppose God, this is their punishment. Create runic bindings of light to seal a target’s movements and active skills. Each individual binding costs 100 maximum mana, refunded when the binding is canceled or destroyed. Bindings do not naturally expire.

None shall oppose God...

I miss the simpler times. When this was to be used against enemies…

He approached the bound woman. He had known her since she was a baby, this was the sole reason she was even allowed in these private quarters to begin with. The core of the church was a tight knit group, and he wouldn’t have had any restraint in calling Armand one of his close friends. Although the man himself would have likely protested against the very idea that they could be anywhere close to equal.

“Stop this, Perenia. This isn’t what he would have wanted,” he coaxed her. Coming closer, he hugged the bound woman. Perenia stopped struggling. She cried her heart out in the Oracle’s embrace as the bindings came undone.

When she calmed down, still sobbing, she had but one question left, burning away at her soul “But why?”

The Oracle took a step back to give her some space, he patted down his robes and looked at the woman with a resigned smile. He shook his head. “Only He knows, but I wasn’t allowed to do anything about it. Even until now.”

It wasn’t the first time the Oracle failed in protecting those close to him, he was greatly restricted, for he was God’s pawn, and he couldn’t go against His will.

This was the true nature of his [Oracle] class. Great power, terrible restrictions. He had held the seat for hundreds of years now, this organization, this church, there had been no one else, it was always him. He fancied himself the grandfather of everyone under his command, he cared for each and every one of them. He had watched, as people perished, as generations went by, so strong yet powerless to change anything.

The Saintesses and Heroes were his sorest point. To keep up with God's increasingly complex demands, and the various happenings all around, he had done many things the old him would have condemned.

Was it all worth it?

He believed he had done more than enough good to make up for all the bad. He was tired. But it wasn’t his time to retire. God’s plan was far reaching, and only now picking up speed.

The Oracle’s duty was far from over. 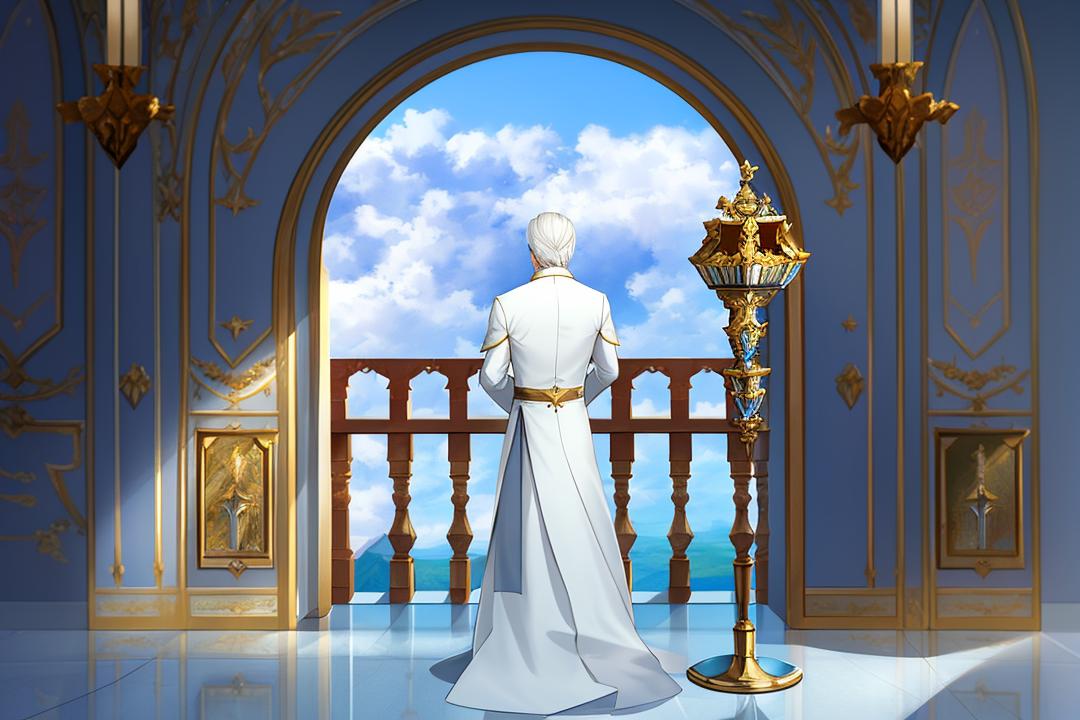 What if I gave it all up? Would God allow it?

You guys... (and gals)... Next time I should be smarter and set up goals that you won't reach in two hours or I might become a skeleton for real!