[Congratulations, you have been chosen as a new SAINT!]

[Congratulations, you have unlocked the class : Necromancer!]

Sofia froze as she read the illusory floating messages written by the system. Saintess?

She had been preparing for her class change for weeks. Being an orphan class for nineteen years was enough. Looking down from the system message back to her ritual, she failed to understand what went wrong. Inside the damp crypt, on the floor, a polished human skeleton sat in the center of an intricate magic circle. Blood still dripping from Sofia’s arm was filling the grooves in the circle, bringing it to life.

What do you mean, Saintess? Who wants to be the Saintess?! The Saintess class wasn’t a blessing, everybody knew that. It was a curse, a class you could never get rid of. The church would hunt you down and lock you up. Deep in the cathedral, they would force you to endlessly summon ‘Heroes’ to throw at any and all things they didn’t like. Having you heal them every time they feel even a bit sore. Until someday you died of exhaustion and another unlucky girl got chosen after you. Sofia would rather die now than to have to live like that.

She dreaded opening her status. The necromancer prompt came after the other, there’s still a chance! The familiar status screen didn’t appear. Instead she heard the unassuming ‘ding’, announcer of a new message. Followed by many more.

[User can only have one active class]

[Please reduce your current classes to one]

I’ve never heard of the system doing that! Am I the Saintess in the end? Please tell me I’m not! As the messages flowed one after the other, the skeleton was rising from the floor, one bone after the other. According to the grimoire she found under the orphanage library’s floorboards, the ritual was the surefire way to become a necromancer. It would even raise your first undead. She had gone to painstaking lengths to sneak out and find a crypt with an intact skeleton inside.

Sofia was sad that she couldn’t even stay until the skeleton was fully raised. But she was in a lot of pain, the cut in her arm was deeper than she intended. The first priority was to get back into the orphanage and ask for help. Bleeding out wasn’t in her plans for today.

She clenched her wounded arm to slow the bleeding and ran, her [Sprint] skill helping to return faster. It was still night outside but morning would come soon. Thankfully, the crypt was part of an old ruin near the village. She would be back before anyone woke up and make up some lie about how she got cut.

The lights in the director’s and matrons’ quarters are still out. Lucky! Sometimes someone would wake up early which made not getting caught harder. Sofia squeezed herself through the spiked fence in her secret spot. There, a bar’s welds had eroded, allowing her to remove it and place it back without a trace. Going through the tight gap had become harder and harder for her these last few years. I need to be careful about not leaving blood everywhere. I’m dumb for cutting so deep!

Before going inside she hid her clothes and shoes in a wooden crate that no one ever used. Then she struggled to put on her brown linen nightgown without staining it with blood all over. She climbed through the window she had left unlocked when she departed. The inside of the orphanage was darker than the moonlit outdoors but she knew the place like the back of her hand.

She made her way to a half broken shelf, near the common toilets. It had a protruding nail that no one had taken care of for a few days now. She slathered a bit of blood on it, and projected some on the wall under. Oh! I almost forgot to untie my hair! She let her wavy golden locks fall down her back. Alright, time for the fall… She needed a solid excuse, no one would believe she had tripped and cut herself on the nail if they didn’t hear any noise. She found it hard to allow herself to fall, harder than it was to cut the top of her arm.

The stumbling made a lot of noise, Sofia even let out a high pitched yelp of real fright in the fall. She even finished ripping the shelf off of the wall, as she instinctively grabbed it to slow her descent. Aowwww… It really hurts now, not just the arm… But that should have done the job.

It only took a few seconds before Clarice, the head matron, came running in, sleepy eyed and also in her nightly attire.

“Sofia! Did you trip on your nightgown again? Seriously, how old are you!” She was whispering to avoid waking everyone up.

“Tssk, you useless you, can you stand up on your own?”

Despite her words she immediately extended her hand and helped Sofia up.

“My you’re really bleeding!” She failed to suppress her voice this time.

Mariella wasn’t happy to be woken up so early in the morning, but as the only healer on site she often dealt with such sleep interruptions. She didn’t even look at the wound, she used her [Minor Healing] skill and went right back to sleep.

The wound closed in a second. Sofia was as impressed as the first day she saw it. Magic looked so convenient, but getting a magic oriented class was usually a privilege reserved for nobles. Very few of them would have been willing to teach a commoner. That’s why she couldn’t let go of the idea of becoming a necromancer after finding the grimoire. She had read so many books about great mages and glorious paladins, she couldn’t settle for anything less than a magic class. And she thought that being able to summon whole armies of skeletons in the future was a very appealing idea. The only drawback was how much of a bad reputation necromancers had. Surely she could work with that, she thought.

“Are you ok now? Go back to your bed, I’ll deal with the cleanup.”

Sofia expressed her thanks in a deep bow that was only met with the make believe cold gaze of the shorter woman.

That went a lot better than I imagined. She didn’t question me at all! My nightgown is a bit bloodstained now but that’s better than getting kicked out.

She was already the eldest kid in the orphanage, in fact she wasn’t even a kid anymore. She had spent so much time reading books that no one wanted to adopt her, and now she was too old. Anyone else would have been thrown out by now, but no one wanted to take on her annoying chore of cleaning the library every day. Everyone was already overworked. The director conveniently ‘forgot’ to kick her out again and again. He would waste money if he hired someone to clean it instead. But the books were in large part donations from the church, they couldn’t be neglected. Or the orphanage would risk getting less contributions in the future.

She figured all that out, but if she was too much of a nuisance they could still decide to get rid of her.

Well, I’m leaving soon anyway! If I can just get my necromancer class, I can survive forever in the wild with my army of undead!

She tried to reassure herself but living out in the wild still sounded like a step back to her. Maybe she could use her necromancer powers to make an honest living somehow? The easy way out was to hunt weak monsters and sell the corpses. But now, that idea didn’t sound quite as exciting as she hoped her future life would be.

She could already see herself commanding a great skeletal army, repelling the dangers, being applauded by the masses. Who could stop her if she wanted to be a helpful necromancer? Besides the church, and the king, and the guards, and anyone physically stronger than her. She couldn’t see a single flaw in her plan, or refused to acknowledge them anyway.

But none of that could even have a chance to happen if she ended up being the Saintess. If that happened, she would have to try to escape the church’s grasp by leaving the country. And she wouldn’t bet a lot on her success…

The kingdom was wide, and so was the reach of the church. It was a weird religion. One that only acknowledged a single God. When it was pretty clear that Saints and Saintesses would pop up with different powers in other kingdoms. It was a mystery to Sofia how they could have so much authority on everything. As if they had eyes and ears everywhere. Even in this small countryside orphanage she couldn’t avoid their influence. It never bothered her before, but now that she risked being the Saintess, thinking about it started giving her anxiety.

She couldn’t wait to try the spells the grimoire taught her. [Summon Skeleton] could apparently summon a weak undead out of thin air! Just like that! [Raise Undead] could turn any dead monster into a tenacious zombie. And [Drain Blood]... Well, she did think [Drain Blood] was a bit weird, but it could heal the necromancer, the grimoire mentioned. A healing spell can’t be that bad?

Getting to her bed in the communal girls’ room, hopeful and worried, she tried to sleep. I can’t end up really being the Saintess, right? It so doesn’t fit me! Don’t do this to me!

She woke up a few hours later to a series of system messages that had popped up in her sleep.

[Classes have been reduced to one]

[A new class has been created]

[+1 Classless Skill Slot has been awarded as compensation]

She barely had any time to give a cursory glance to her status.

“The Saintess is awake. Guards, call for Magisterium Ovohen.” 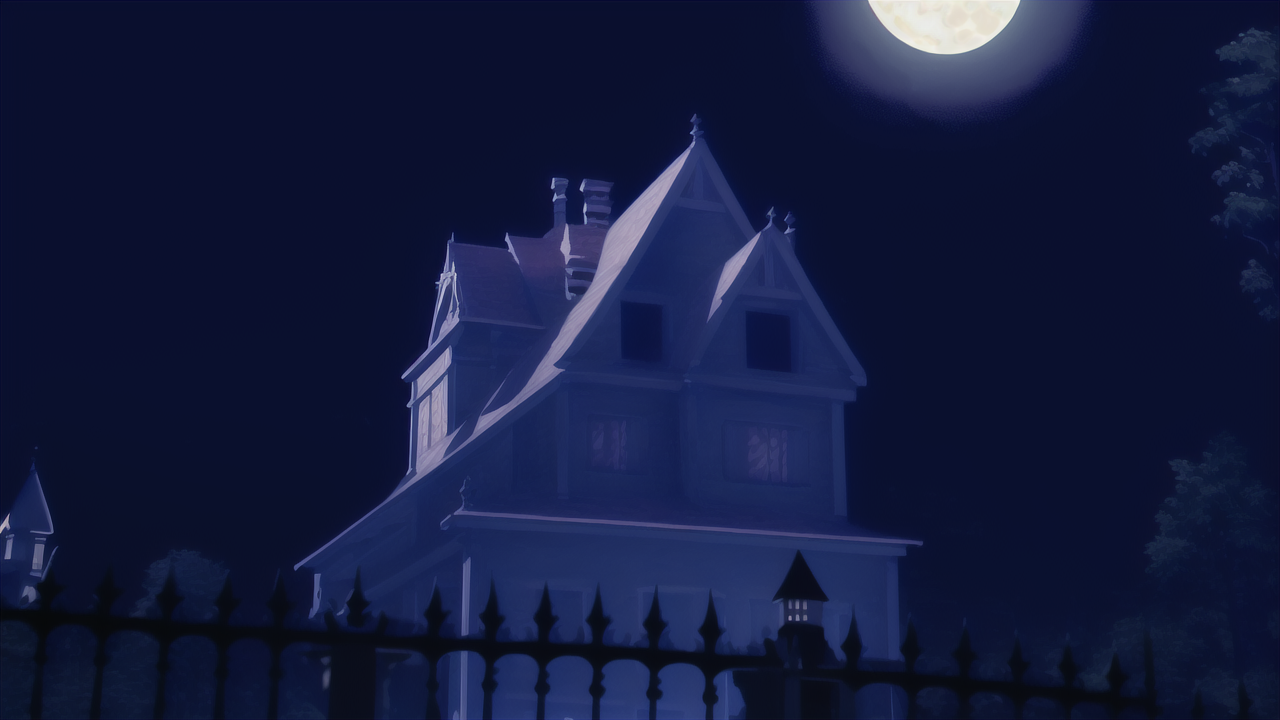 The orphanage was a strict and restrictive Home. Though, it was a Home nonetheless.