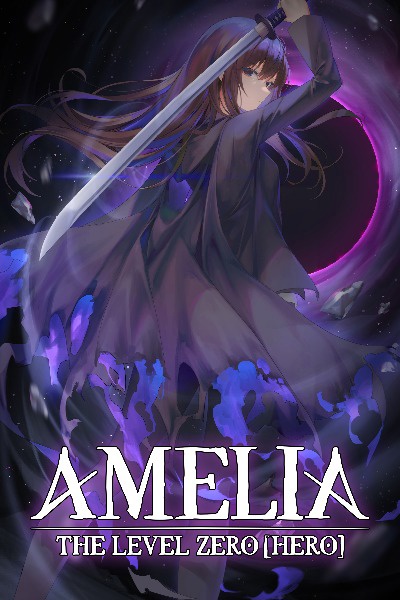 Ten years ago, Amelia woke up alone and lost in a broken world where she had to fight for her survival.

Now, after reaching the pinnacle of power, defeating the Void itself, and escaping the abyss, she has finally found her way back into the real world. But instead of finding herself on Earth, she is in the land of Vacuos. A fantasy world with magic, monsters, Classes, and Levels. A world that is governed by a System like it were a video game.

And when rewarded with a Class befitting her accomplishments— to become a powerful [Hero] that will forever dedicate her life to protecting this world that is not her own— she only has one response.

“Absolutely not. I’m going to live a normal life now, thank you very much.”

After all, who needs a Class when you're already the strongest anyways?

Read dozens of Ln's like these, main focus in these are the world and the characters. In this work neither the characters or the setting has dragged me in really. Additionally the op comedy gets repetitive pretty quickly.

Author has become quite good at writing though, and is leages beyond normal jp writers. Still, nothing hooks me. This kind of lacks the orignality Salvos has, so feels very standard to me.

Readers who are new these kinds stories will prbly love this. Can't really reccommend it to more well read people though.

Drop in the ocean.

I'm usually cautious towards these kinds of stories, but, having seen some reviews praising the character interactions, I  took the plunge.

As some other, more recent reviews have stated, this is kind of similar to One Punch Man—but, well, boring.

At first I was a little turned off by the flippancy because OP novels are so difficult to do well unless progression is involved. However, the author does a great job here of making it work through the MC's adamant refusal to play along.

Ive read through 30 chapters now and greatly enjoy the MC's interactions with other characters in such a system constrained world. If you're a fan of Salvos, you'll love this!

One Punch Man the web serial

As the title says this story is very much One Punch man. Has all the same notes, except that the MC doesn't really want to be a hero.

But yeah she has a sidekick that wants to be as strong as her. She has a rival that she constantly grounded without trying.

I guess if you really loved One Punch Man you'll like this. Otherwise I'd suggest giving it a pass.

It's a good story if yoj liked one punch man. Same kind of tropes, same "MC gets separated from supporting characters so they can face a real challenge", but instead of being a boring superhero novel, it's a fun fantasy novel.

It's not groundbreaking, complex or a completely new genre. It is a well written story that's enjoyable to read - a damn good burger, not a 7 course menu of dewdrops served on acorn.

The story is bland. One would hope for an OP MC to have fun and interesting interactions with others and their environment. After getting though the story so far it is bland. Every interaction is. Monster shows up. MC shows up and wins. Everyone is Stunned. MC shrugs and acts like it doesn’t matter. It’s a bit overdone.

The story has promise, the writer has some potential. I feel like with a bit more practice and thought it could be good.

Good story, if a bit bland.

Not bad, is actually pretty good. It's just not doing it for me. The OP MC perpetually has the "ok" meme from One Punch Man as her default attitude towards literally everything.

The world building is pretty dang good, and there is nothing *wrong* with the story. It's just kind of <OPM "ok" meme here>.

I'm struggling to like this one. I suspect that if it was written by lesser known author it would not have the ratings it does.

Amelia is a unlikeable MC with a focus on money. She doesn't actually do anything with the money except focus on "retirement" - whatever that means in a fantasy world. She's suffered for years due to the Void yet she has no thoughts of revenge just hiding away as the world burns.

There are plenty of other issues as outlined by other reviews but my main issue is with the character or lack thereof of Amelia.

This reads like One Punch Man landed in a fantasy world. I love it.
Amelia is down to earth and just ready for a normal and relaxing life. But society expects everyone to have a class and she doesn't. This causes issues for her because she can't get a job. And without a job she won't be able to retire.
I'm really looking forward to more chapters.

With the twist being the mc is female. I'm sure that's all we need.

Mc spends 10 years in some weird void world, gets really strong with no apparent boons from being isekaid, during which as a normal human doesn't sleep a single time.

Kills over a million creatures including a god and finally gets into the world the void world was trying to invade apparently? Wasn't really clarified that well.

And then we find out the only thing she can do is become an adventurer to get gold so she can live an easy normal life. Because the mc doesn't actually have a goal beyond that. No mention even of the thought of returning to her own world passing by.

Did I mention the mc also has that pushover going along with everything personality?

X = "all these people are innocent"

I'm convinced there's going to be a y, z etc which will be as generic as possible.