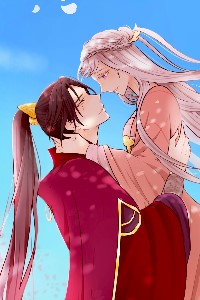 Remove Ads
Settings
Previous Chapter
Next Chapter
The next day, I prepared myself early in the morning by hiding behind a boulder in the netherworld. The boulder was situated across the bridge of reincarnation, and I had a great vantage point of my future husband. Some of the spiritual beings copied me and squatted beside me, wondering what was happening.

The imps tilted their heads towards me, but did not say anything for fear I would beat them up. I had used many of them before as my sparring partners, and they were always utterly squashed beneath my feet. Other than my fists, I liked using swords. Although, it was embarrassing to admit that I was self-taught due to the fact that my father and the Jade Emperor didn’t give me a teacher, saying that they were too concerned for me. As if I would stab myself accidentally with a sword…


I obviously rebelled. One night, I crept into the Jade Palace and gathered many of uncle’s secretly stashed skill books, divine pills and artifacts and placed them inside my spatial ring. I didn’t want to lose any of them in case uncle found out they were missing, but I wasn’t willing to hand them over any time soon as well. Besides, I made very good use of them.

Suddenly, the person that I had been waiting for, arrived. I pressed myself against the boulder and peeked out, with the imps following suit. If the other spirits were to see us right now, it would be a comedic sight.

Jin Lei looked as glorious as ever. Even though 20,000 years had passed, his aura didn’t diminish. If anything, it was even stronger than before.

One imp gently wiped the drool from the corner of my mouth.

Jin Lei was waiting in line for the soup of oblivion, and I secretly hoped Old Meng would ladle out the soup as slowly as possible in order to give me more time to stare at Jin Lei’s profile.

“Your Highness, your smile is scaring us,” one spiritual being said as he trembled. I shot him a cold glance.

When Jin Lei drank, I saw his Adam’s apple bob up and down. I gulped in response. He smiled gently at Old Meng, and I thought flowers were blooming. He thanked him and crossed the bridge, entering the Yang reincarnation pool.

I quickly sprang up from my hiding spot, surprising the imps and spirits as they fell back on their butts.

“What’s wrong, Your Highness?” They asked as they knelt down, as if they had done something wrong.

“I’m going on a trip!” I declared. I was feeling generous, so I distributed gold coins to each one of my supporters. Their expressions turned as bright as day. “I’ll be gone for a couple of years, so go and have fun without me. Think of it as payment for your worries!” The mortal realm ran on a different time scale. One day in the netherworld or Heaven equated to one year in the mortal realm.

“Your Highness…” They looked at me with eyes full of worship. Now that’s what I wanted to see!

“Now I’m off!” I waved goodbye. I laughed with the back of my hand pressed against my lips.

The imps and spirits continued to kowtow until I disappeared into the fog.

Bio: First and foremost, I am a neko who loves to write. I'm a cat lady~ and also a medical student in the throes of insanity lol. I'll probably only write one story on here before I completely vanish into thin air, so all I can say is:

Thank you very much for reading! *bows*