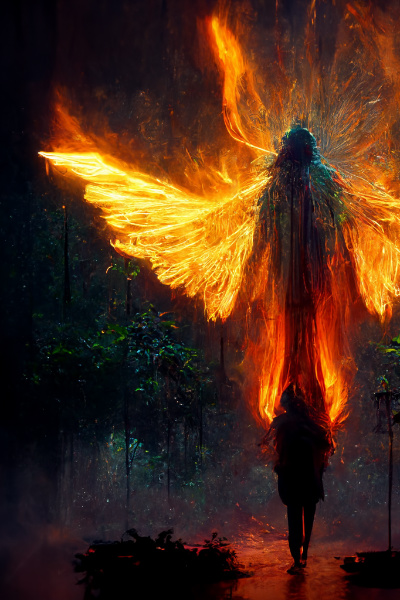 The angels of folklore are but stories, exaggerated tales of the air elemental beings called Seraphs. Angels of this story are not restricted to Heaven just as they can be more than pure. This story is about love, loss, learning and resurrection.

Long ago, when the Earth was in its early stages of life, there existed 6 elemental sentient beings representing Air, Earth, Water, Fire, Life and Death. The balance of life itself was shifted with the loss of the air elemental beings and has since thrown humanity into a never ending loop of pain, suffering, and constant war. The elemental beings and other species across the globe were affected through overpopulation, extinction, expansion and introduction. The world’s temperature began experiencing more extreme fluctuations causing mass extinctions, severe natural disasters and rising sea levels. Our story explains how it began and what happened to restore that balance to the world.