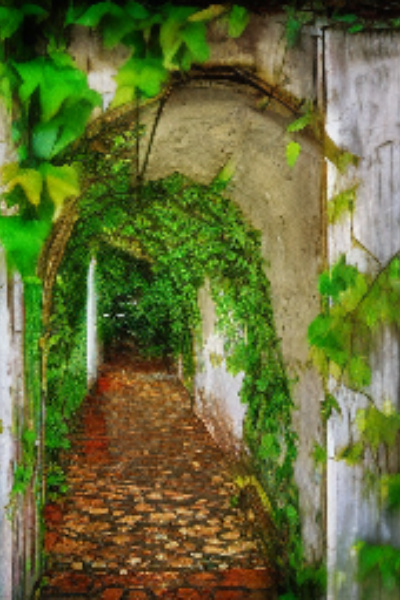 An unseen cosmic conflict has opened fissures throughout the multiverse, linking all worlds and times. The dreamy nexus between these worlds, the Backyards, calls on candidates to inherit its power and push back the unseen threat. Enter Station Bay, ground zero of the elimination rounds. Several wayward souls find themselves drawn together here to explore the Backyards and their shared purpose:
Richie, a bitter thief born with mystic dragon rune tattoos; Cuppy, an amnesiac puppeteer with a marionette doppelganger and control over string; and Freyja, a demonic shapeshifter who wears the guise of a flame-wreathed hellhound.

Making their camp in a hidden alcove at the Backyards' mouth, they find themselves opposed on all sides by soulless shades, rampaging fantasy monsters, and the agents of the sinister Institute, headed by xenophobic Director Mason. All the while, a masked slasher stalks the streets, sewing death, fear, and chaos. At the peak of the blood-soaked play, the enigmatic Faceless Man, the killer's benefactor, prophesies a new age of evolution and promises to meet those worthy of it beyond the veil of the Backyards.

Who will survive the selection process and learn the secrets of the cosmos?