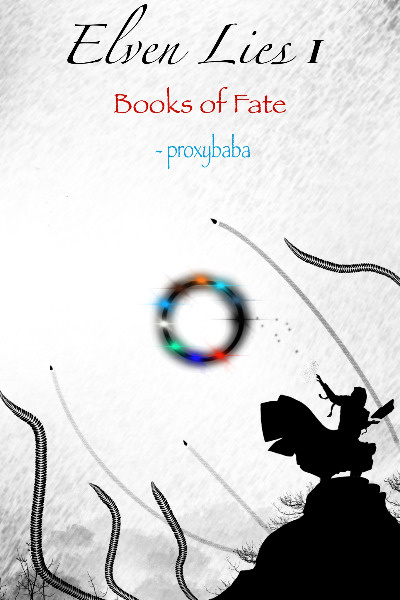 ELven Lies I Chapter 42 : The first day, A New Beginning

Remove Ads
Previous Chapter
Next Chapter
A note from proxybaba

Delimira was taking strange pleasure in troubling Hans, pushing him to the point of snapping and then retreating. Chris on the other hand was talking with another girl sitting beside him. The day wasn't starting the way Hans expected.

At first, Delimira found Hans annoying and forced herself to get close to him but she started to get little joy from playing this naive boy. Her teasing finally halted when Dean Martha entered the hall and Hans, who previously didn't want to face Professor Martha, was glad to see her again. Seeing this troublesome professor in his mind was much better than sitting with these two.

Martha inspected the class of boisterous children and begins to tell the history of Concordia, most of the stuff Hans already knew about, what the place was and how it came to be. The history lecture went on for about an hour.

Martha asked a question to the class,

What is the main requirement for becoming a mage or a knight?

Someone raised the hand and answered the well-known things like aura and mana properties but it was not what Martha was looking for. She searched and found the boy hiding his face, she warmly smiled at him and asked him,

Mr Hans, let's see if you are only good at fighting or have some knowledge too.

Hans sighed and answered what Rudolf had taught him,

For a mage the only thing needed is an innate talent, a person in the mage discipline will fail. No matter how much effort he put into it, he can't be a mage if he lacks that.

Martha clapped her hand once and asked again,

Knights are fundamentally different, they grow as much effort and hard work they put into.

It was not some hypocrisy or sarcastic thing, Martha was truly complimenting the boy. This was not an answer one can find in a book but only from the experience of an experienced person. Delimira and Chris were also taught this analogy but most of the students heard it for the first time.

So Mr Hans do you consider yourself to be talented?

No one made me realise I am not, professor.

Martha sighed and asked him to sit. She thought after his little defeat in a morning exercise, he would have toned down his arrogance but she was wrong. She continued to explain what Hans said.

As Mr Hans had said, to be a mage, you can put in effort but you will not reach the true heights if you lack talent and there is no cure for it, that's why a single mana property holder never opts to become a mage. Knight discipline originated for those people and it soon overtook the mages' populations because your efforts do not betray in this field.

Most of you already know that the 'knight' discipline is a very systematic study, divided into 100 grades with every decadal grade you pass, you learn new aura skills till you reach grade ninety, which is becoming a Warlord knight. After that, you are allowed to learn as many aura skills as you want.

He glanced at the students, some of them were paying attention and some of them were just plainly ignoring her, this was one of the reasons why she hated the recommended students. Since these were the high nose nobles who already got their tutors to teach them about the knights and mages way before.

But some of the A-class students were unknown of these concepts so she chose to continue. A regular admission interrupted her by raising her hand. Martha allowed her to ask,

Professor... what will happen if I learn more aura skills per decadal grade?

I was going to tell you that... this is a systematic study for a reason, breaking the set rules will hinder your growth. Performing an aura skill requires the aura to be manipulated in a form of your choosing. if you perform different manipulation when your body is not ready to handle them. it will break you so all of you that aspire to be a Warlord, do not be greedy because your journey is slow and steady.

And that's why we have the foundation year (first year), so you can learn about silly mistakes.

Martha cleared her throat and said things about mages,

For mages, there is no proper procedure because every mana property behaves differently for them. When you get promoted to the next year, all the students in the mage discipline will be assigned mentors of the same mana. Being a mage is more like self-creating a method tailored for yourself.

Since she asked a lot of questions from Hans, the boy returned the favour,

Professor, did someone ever break grade ninety-nine, what about grade 100 or more?

Martha didn't get annoyed at his question but replied happily,

Currently, to my knowledge, there is only one person in grade 99, Alliance head, Hero king Norwin Grimgar. There is one person rumoured to break that threshold.

Sir, Dietrich the knight king or you can say 'Father of Knights.'

But I thought that was only a fictional character,

Silly boy there is no smoke without fire, just as I can't prove his existence, you can't deny it either.

Hans stayed silent after that and Martha rested her lecture. There was a fifteen-minute break before the next lecture and since first-years are not allowed to roam outside during a break, the lecture hall was buzzing with idle chatter.

Hey buddy, who taught you these things?

Ah.. my guardian is a Dominion knight

Delimira interrupted their conversation and pointed at Chris while saying to Hans,

So what, his father is a Warlord.

Hans didn't get offended by her tone and looked at Chris,

Are you for real?

Chris embarrassingly said,
yeah, but don't ask me more about it, he never taught me much

Hans asked in a roundabout way,

Hey, I am not asking about your family but since you are from a Warlord household, you must be pretty strong so, why were you not ranked in admissions?

To avoid unnecessary attention, look what you did to Romnick, it would have been me if I ranked first.

Hans annoyingly looked at him and said,

Hey, you can't decide how someone lives his life,

Hans got diverted from what he was actually curious about, but asked something else,

So you are strong, right?

Yeah, I would say I am strong.

Then how about we compete with our swords?

Chris asked back in surprise,

You know how to use a sword.

Hans laughed inwardly at his destiny which robbed him of his dream and nodded affirmatively,

I was trained as a knight until my mana property forced me to leave that path.

Chris exclaimed as he remembered how Hans discovered his mana type. He turned to Delimira and told her in excitement,

Hey Deli, you know, my friend here is a late bloomer. He got tested by doping.

Delimira made a painful look and said,

That must have hurt you a lot, I wish, I saw you.

What are you, a sadist?

Hans was hating this word since the beginning but he knew that if he asked her to stop saying that to him she would say it more often so he did not refute her. Chris was feeling the tension between them so he interrupted,

So Hans are you good with swords,

Yeah as long as one doesn't use Aura, I am confident I can beat anyone, at least in the same age bracket.

Delimira did not lose the chance to tease him and added insult to his injury,

A vein popped up in his forehead but he calmed himself by taking long breaths, it was an anger management session all over again. There was one thing that Chris did not like, someone, acting smug in front of him on swordsmanship.

His father had thoroughly beaten him in the way of swords since his toddler days with the strongest swordsmanship ever created. Chris did not lie about his father teaching him much because he never taught any aura skills to him.

He replied to Hans's challenge,

I accept but don't cry after I beat you.

Hans shot a sneak remark at Delimira,
At least you will fight using your strength, not with mind games.

Chris glanced over at Delimira whom Hans was indirectly pointed to but she was ignoring their chitchat. The next professor, Mateo Murray, a grade 74 knight came to the lecture hall and stopped the chattering of the students.

The first year is all about theoretical knowledge which is not my strong suit, so bear with me even if I bore you. You need credits to be promoted from my class, so don't piss me off because I am a petty person who will hold grudges for quite a while.

In my first year at university, we were also treated like them, not allowed to leave campus, or near seniors and seniors were restricted to contact juniors. We were simply isolated from everything and had to do everything under the guidance of professors. This was only because the thing called Ragging was at its peak at my university.

Bio: Reading novels since as far as I can remember. I like creative things, whether it is an art or writing. I took courage from other writers to present a story of my own. It is my first time writing, so please leave a few words if you read my work. I wanna improve to make my story more presentable for you guys.
criticism and appreciation are both welcome.