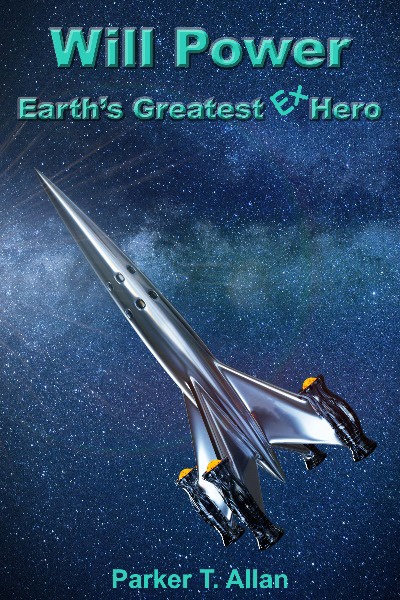 Whether it be tyrants seeking to make Earth part of their empire or allies who’d been suckered by Earth’s president, Will Power is the hero counted on to always save the day. After each triumph, the accolades pour in, but ticker tape parades and photo ops with Earth’s president don’t pay so well. Not that this bothers Will. After all, he’d always believed that fighting evil was a reward in itself.  That is until he meets Debra who shows him a better way. He can still fight evil, but earn a nice profit in the process. And so begins a very profitable and sometimes combative partnership. However, that partnership is soon put to the test as they discover that not all threats to Earth come from alien worlds.

This story is now complete.

The plot reads like it was written by a 70's american futurist. While elements of the story may feel generic (blaster, jetpacks, spaceships, character tropes), the attention to detail given by the author to whatever senarios the characters end up, make them shine. The story is clearly written with a lot of love and passion.

The characters, sci fi gadgets, politics, and the spaceships are very compatible with each other and the setting/story. Nothing ever felt out of place or forced as if being shoehorned in.

I also thought that this would have been a character driven story because of the main character's personality, but I have been left pleasantly surprised.

I like how Will is mix of both an active and passive protagonist. AP's can sometimes absolutely dominate the story and cast a shadow over the rest of the characters. Like Rey in the Force Awakens.

Will becomes an active plot driver when it's time to save the day and then switches to a passive protagonist when the politics between Earth and the rest of the planets unfolds. Again, it makes the world feel alive and the protagonist feel human.

Have jetpack, will travel.

A good yarn. It's science fiction from the 1950's and 60's. Space ships just need a few repairs and some fuel to skip across the stars. Blasters and jetpacks are standard equipment.

And the hero always finds a way to win the day.

The story reminds me of early Buck Rogers and Adam Strange. Not an earth shaking story, just a fun read as we cheer on the hero as he blasts his way to victory and takes down the bad guys.