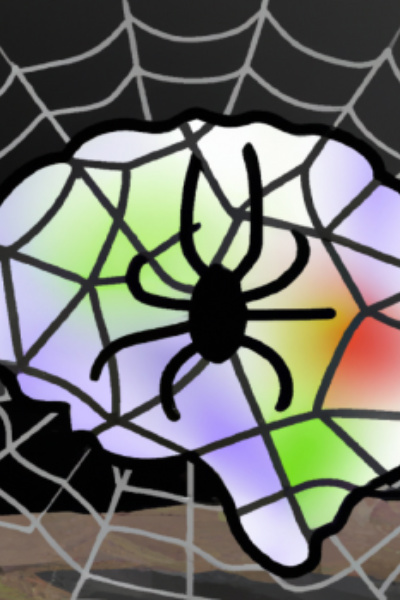 I've been going around and editing the older chapters so that the pronoun usage makes more sense. I'm currently editing this chapter, so expect a hiccup in quality/readability, which should be resolved in the next chapter going forwards. Thanks for being patient!

“Survival of the fittest. A phrase coined by the legendary researcher on monster evolution to describe monster hierarchies, and then grossly misinterpreted by unqualified Life Scholars and adventurers everywhere to mean something completely unrelated.

The phrase refers to how it is the most capable of monsters that evolve into their stronger forms. A tribe of goblins might have a physically strongest member, but it is the one that gains the most experience that actually transforms into a hobgoblin. Fitness, in this case, refers to how capable a monster is at gaining experience and not how big its muscles are.

Some of you, on the other hand, aren’t even smart enough to understand optimal experience gain even with a world-class teacher, whereas many monsters do it by instinct! Perhaps real world experience would be best. But there is only so much to gain from hitting the same tiny creature a hundred times.”

-Excerpt from a lecture by Arturius Finnegan, retired adventurer, to a group of novices.

This particular spider didn’t like it. But one thing did make up for it, though.

The feeling was mostly instinct, and it brought forth another strange, new emotion; hope. A feeling that said there would be happiness to come. But not now, which was quite frustrating, but the idea of happiness in the future brought some bit of happiness back to the present.

Too bad happiness wasn’t enough to fill a stomach. The particular spider let out another lone click.

Huh, click. The feelings behind the sound did well to describe them. Frustration, vigilance, borne from a desire. Click. That was who that particular spider was. Click.

Click scurried along the ground, careful to keep an eye out for predators and stick to the shadows as their brethren lumbered just behind them like some great, big oaf. When they found a meal in a small insect or worm, their bigger brother was the one to eat it, not even leaving a single limb or drop of blood for their smaller sibling.

When Click found meal number four, they decided to do something different. They turned away from the worm and sat down.

Their older brother looked at the two in silent confusion for a few seconds, trying to contemplate what it should do. It had never experienced such a dilemma, having been born just yesterday. So it did the only thing it knew how.

Click felt a shove and landed on their back. It took a moment before they could upright themself, and they found their brother staring right at them. It made a single click with its mandibles.

Their brother clicked and shoved again.

A new series of emotions erupted within Click’s mind. Indignation for being treated this way, defiance at what was nothing more than a pathetic enemy, and sheer rage at their brother’s utter stupidity. The meal was right there! What did it need Click for when it could just kill and eat it right now!

And Click felt one more emotion as they ended another small life and forwent their rightful meal. Exasperation.

Click didn’t even wait for their brother to finish eating before running off in search of meal number five. The larger spider gave chase with the fruits of Click’s labor still sticking out of its mouth, making it look ridiculous as it raced after its brother.

Click didn’t care, and soon found its next target; another insect. This one was different from the others in that despite its miniscule stature, it was aware enough to sense the oncoming spider and dig its way underneath a rock.

Click jumped down the hole to follow, and after a moment, realized something felt off. They were alone. A click echoed from the hole’s entrance while an annoyed looking spider gazed in. It couldn’t fit.

Click lifted its mandibles in a facsimile of a smile, an action that had nothing to do with the human motion, but meant all the same. If they had a middle finger, they would’ve lifted it alongside.

The solitude was nice, especially in the safety of the enclosed space and darkness. But they were here for a reason, to get themselves a meal.

The insect was easy to find. It likely wasn’t as aware as Click thought it was, since it didn’t try to run as they approached. Perhaps it was just instinct that led it down into this hole. It was also instinct that had Click drive their mandibles into the creature and drain it of its innards, finally granting them their first meal.

A strange and forceful feeling enveloped Click, something that took over their body. That wasn’t to say they’d lost control, as they could still move their limbs, but that was the issue. Those weren’t their limbs. At least, not what they were a moment ago. And it wasn’t just their limbs. Their entire body began to change. The thorax, abdomen, head, all eight legs, everything! Something was even happening inside of them.

When the sensation faded, Click was left… different. And knowledge of what was different came to them.

As they raised their mandibles once again, the sound of digging began to echo out from the entrance. The hole began to expand and soon Click’s brethren had made their way inside. Then it saw the drained insect carcass, and stared at Click incomprehensibly. Did they… dare eat its meal?!

It shoved them again. Once again, nothing.

Click shoved back, and the spider went flying. When it finally hit the ground with a thud and got its bearings, it finally realized what had happened.

Click placed a leg on their brethren’s abdomen and pushed it down before it could run. It writhed on the ground and Click felt nothing but pity, since they didn’t even apply any actual force. When the movement stopped, they removed their leg and lifted up their brethren, carrying it out of the hole. Once in the open, Click pointed the other spider towards a wide, open area filled with several insects.

It got the message. It was its turn to go hunting for someone else.

The spider scurried into the open area and lept on a bug, while Click stood behind the rock. As their brother captured their prey and considered the previously unforgivable sin of simply eating it, a fuzzy paw came flying at the spider and pinned it down. This time, it did actually hurt, and the greedy brethren was soon dead and inside of the predator’s mouth.

There was a reason Click didn’t hunt out there, despite it being filled to the brim with potential food. Besides, they didn’t want their brethren to grow like they just had, it wouldn’t be good to have the tables turned back so soon.

And our little spider finally gets a name!