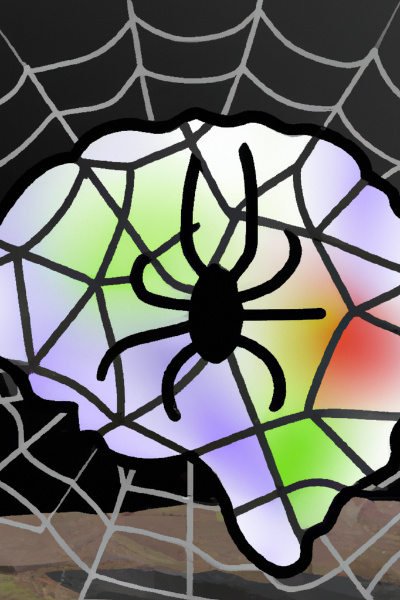 Remove Ads
Next Chapter
A note from Vnator

Fair warning, I refer to the main character with a weird mix of titles and pronouns in the first chapter that can sometimes make it unclear who I'm talking about. I've fixed that after a few chapters, but haven't had the chance to edit this one too. Until then, I hope you still enjoy!

“Every few generations, a child may come into the world greater than their peers. Unparalleled in mind, body, or even the strength of their soul. But who is to say that this does not also happen for monsters, those base creatures found beneath the Earth in their wicked dungeon homes, or in the untamed wilderness?

A commanding matriarch amongst dire wolves, a terrible titan of the already massive frost ogres, or an uncatchably quick butcher bird? All unparalleled threats that have claimed the lives of countless adventurers brought to greater heights. However, they are not the worst one can encounter.

The noble races of the surface gained their place above all others not through levels or magic, but through their minds. Their cunning intellect has raised us above all else. If a monster were to be born in possession of our greatest blessing, there may very well be a new race to join our ranks.”

Darkness. It was everywhere, all consuming. Nothingness. That was all that was, even the mind that thought so did not exist. And then…

Limbs moved, kicked, pushed. They felt. They felt a barrier curving around them, it resisted their kicks. They pushed at it harder, as hard as they could. They heard. They heard the barrier crack and fall away, letting soft rays of blue light filter through the jagged hole. They saw.

Within a few minutes, they were entirely free of the barrier, which lay around them as a pile of thin, white shards.

They were not alone.

Hundreds of limbs scurried around, covered in tiny hairs that rubbed across each other. They were scrambling around something, something… delicious.

A powerful instinct drove that one of many towards sustenance. They jumped and juked, ducked and weaved through their brethren until they reached the carcass of a much larger, similar creature. They opened their mandibles and took a bite, the knowledge of how to do it already inscribed in their brain.

Eventually, the body of food was consumed, and the tiny spiders sat there, digesting their meals. They did not know what else to do, at least not at the moment.

The spiders remembered what to do, and began to scurry. The arachnids scurried past white bars of a cage much too large for them and as far as their legs could carry.

That one spider in particular, on the other hand, opened their eyes and looked. Darkness loomed around them, broken up by the soft, blue glow of bioluminescent mushrooms the size of trees to them. Beyond the lights were waiting paws and jaws just as wide. They snatched up the other spiders, without any chance to let them scream or cry out. Not that they could, anyway.

Many were eaten, but plenty still survived and scurried beneath cover. A boulder, between a crack in the ground, or up the walls and into the shadows. The one spider in particular simply stayed where they were, along with several others. Perfectly still. Watching.

Getting frustrated at their quick meals running off, the gloombound predators turned their hungry eyes to the spiders that remained. They licked their lips and lept at them.

The bars of white stopped the creatures in their tracks, the tightly formed pillars too strong to allow even the most nimble of their hands to pass through. Not that they were very nimble to begin with. They were more like smashing clubs that were still too weak to break through the weathered white.

Just as well. An even more powerful instinct told that one particular spider to seek shelter, and they saw that they were already in it. The others alongside it… they were simply busy chewing on the leftover chitin of their meal.

If the newborn spider could scoff or roll their eyes, they already would have. Instead, they simply processed the novel feeling of frustration and disappointment.

But as they looked at the inedible pieces of chitin, they felt something new. The material looked the same as the spiders chewing on it, ergo the same as that particular spider. It was… a parent. A bigger version of them that created this brood. And sacrificed its body to provide nourishment.

That one spider in particular felt a wave of relief that its parent was smart enough to lay its eggs in such a safe location. This… strangely shaped yet effective barrier.

They looked around and saw that the pillars curved around to form an ovular shell that connected to a single long fallen pillar that extended to even more of the material that extended into two long extensions both above and beyond, along with an eerie looking growth at the very top. It looked similar to one of the predators staring them down, and that eyes and a tongue would fit into the holes.

The spider performed a mental shrug. Whatever the nature of this structure was, it was safe inside it. It was home.

Huh? What was that?