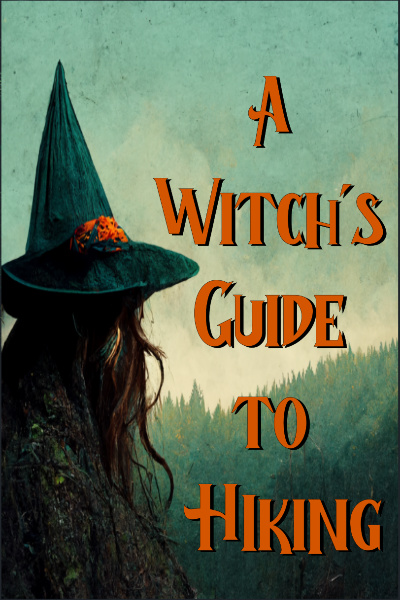 A Witch's Guide to Hiking

Chapter 23 – The Easy Way Down

Keeping Amanda’s warning in mind Indi made her way back to packs with extra care than she would normally have taken.

Even though she knew it was only around midday she was still half disappointed to see a few rays of light penetrating the entrance of the cave. Normally she loved the day but when she couldn’t go out in it she longed for the night. She cursed herself for leaving her sunscreen behind and she hoped that Cat and Kass wouldn’t take too long.

She hunted through the packs for some food that was easy to prepare, much of which consisted of a long roll of salami and some camembert. She also fished out a pack of cards. She wasn’t sure how they would play but she grabbed them anyway convinced that they would be able to come up with some sort of game.

She considered bringing the sleeping bags and some warmer clothes but it really hadn’t been very cold deeper in the caves and it would be a lot to carry over some tricky terrain. She decided she could come back for them later if she needed.

It wasn’t until she was almost back to Amanda that she considered the idea of extra batteries. Amanda probably had some spare with her plus her firepower but Indi only had what was in her torch. She was pretty sure it was an efficient torch but she couldn’t remember when she’d last put new batteries in. It would probably be fine a few more hours though. Besides it wasn’t that far back to the packs once you got past this section and worst case Amanda could light up this bit and Indi had her photographic memory to help navigate the rest.

“Hey, you get some food?” Amanda yelled up, probably having heard Indi scrambling over the rock.

“Yup, you want me to drop you some down?” Indi asked.

“It’s alright, maybe later once it’s dark you can make a flax rope. Then I can pass you up my sat phone. I’ve no idea if there’s a signal out here but it’s probably worth a shot.”

“Or maybe I could use some clothes, or bandages. Did you have another first aid kit?”

“Just this one, that’s not a bad idea, I don’t think we have enough clothes though.”

“See I knew I should have brought extra,” Indi replied playfully.

Indi made her way to the same seat she had been perched on before. Once she was comfortable she switched her torch off. Noticing a soft glow that lit up the edge of the rock further down Indi called down to Amanda “I thought you were going to conserve energy. At least switch to your torch, I can grab more batteries later.”

“I told you, I’m more efficient than you think,” Amanda replied but she put her flame out anyway.

The two sat in silence in the pitch black cave for a few seconds.

“Wow.” Indi breathed out slowly. “It’s kinda spooky in the dark.” She was a little disappointed there weren’t any glow worms to liven the place up.

Down below Amanda shivered even though it wasn’t cold. Pain throbbed in her leg. Indi was sort of right to tell her to turn her flame off but it had made being stuck down here a little less unpleasant. She was glad Indi was back. Amanda hadn’t really enjoyed sitting in the dark by herself with a broken leg and no way back up. She hadn’t completely trusted Indi not to try to find another way down and get lost or injured either, so she was happy when she’d heard her climbing back along the top of the rock face. Cat and Kass would get back with the rope eventually and then everything would be alright. In the meantime Indi’s company was greatly preferable to that of her own echo. She wasn’t sure how to keep Indi there but at least she she seemed happy enough to stay for now.

“I’m not sure exactly how or what we can play but I grabbed a pack of cards.” Indi’s voice floated down.

“Cool,” Amanda replied with as much energy as she could, while she wondered the same thing. “I guess there’s always solitaire.” But she knew her voice lacked enthusiasm and truthfully it wasn’t a very interesting game.

“We could play chess,” Indi suggested.

“Chess? How?” Amanda asked. Amanda knew Indi had a photographic memory and she could guess at how Indi intended them to play but she had to ask anyway if for no reason other than to keep a conversation going.

“Sure, I can keep a snapshot of the layout in my head and give you updates when you want.”

Amanda tried not to groan out loud. Beating Indi at a regular game of chess was hard enough. The idea of playing without a board did not sound very fun at all. She tried to think of another idea. She wasn’t opposed to regular conversation, she just needed to capture Indi’s attention well enough to keep her from considering more caving exploration.

“Mmm, maybe later, when we’ve reeally run out of things to do,” Amanda replied stretching out the ‘really.’ “What are you working on at the moment?”

“Ah, a client’s got a new server set up where they want me to check the security.”

“I’m always pen testing,” Indi replied stretching out the ‘always’ just as Amanda had done with ‘really,’ then she added after a moment’s thought, “Well not always.”

“What about projects?” Amanda probed further.

“I’m working on a new encryption algorithm...” Indi trailed off. “Oh actually, I was working on another project that’s way more interesting.” Indi’s voice raised a pitch in excitement. “I’ve been building a key logger which can work out who is typing. Cause you know, people type differently so you can treat it like a fingerprint and then do pattern matching.”

“Does that work?” Amanda asked impressed.

“Well sort of, it’s hard, you can even kind of do a shitty one just based off typing speed, especially if you get people to type like a paragraph or two, but even my neural net one’s not that accurate and it’s the sort of thing where even small errors aren’t tolerated by the user very well. Also I put one on one of my servers, I have a bypass obviously, but I was trying to ssh in the other night after I’d had a couple of cocktails and I just could not replicate the right key.”

“So it stops you breaking anything when you’re drunk? That sound like a selling point.” Amanda replied imagining a drunk Indi trying to type the correct pattern. Amanda had dabbled with a bit of programming in the past but she was nowhere near Indi’s level of skill.

Indi laughed. “Yeah maybe, I wonder what people would pay for that?”

There was silence for a minute and Amanda tried to reposition where she was seated, one of the rocks had started to dig into her side a bit too much. She pressed her lips together to keep from screaming out in pain as she placed a little too much weight on her injured leg. Beyond light throbbing it hadn’t hurt too much while she’d been seated but the moment she placed any weight on it at all a sharp pain shot up her nerves.

She must have made some small sound because a moment later Indi asked, “Are you alright.”

“Yeah, I was just moving.” Amanda breathed in deeply.

“How far do you think the others have gotten?”

She managed to get in a slightly better position but she found herself wishing for some sort of cushion or sleeping bag to lean against. “I don’t know, what’s the time?”

“I dunno, I could go check my phone.”

“Two sounds about right” Amanda replied, knowing she sounded tired but found herself unable to put more energy into her speech.

“No, you have to guess a different number, then I’ll go check and we’ll see who’s closest. We can take a bet.”

Indi didn’t seem to notice Amanda’s lack of energy at least. She felt so tired; surely it must be later rather than earlier. “3 pm then,” Amanda replied.

“I’ll be back soon,” Indi replied.

Amanda found she didn’t have the energy to object. She tried to lean back against the rock behind her but it dug into her back. She tried to shift her weight but no matter how she sat something hurt.

She heard Indi getting to her feet above. She tried to think if there was anything she should tell Indi to get but it was hard to keep her mind off the uncomfortable damp rocks beneath her. It didn’t matter in the end, as not a moment later Indi came careening over the edge and landed with a hard splash right on the edge of water.