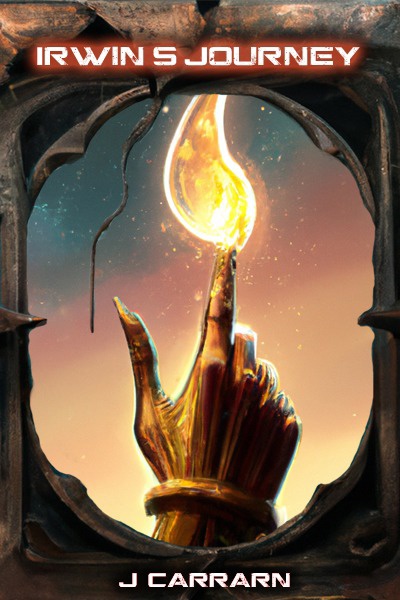 Attention: this is unedited, so expect missing or misspelled words and badly flowing sentences!

The young, sickly boy Irwin has seen nothing but bad luck in his short live. When his brother finally returns after his first stint at the wall his luck is about to change. The trouble is, nobody can tell if its actually any better! He is sent of together with another group of youths to placate an evil group of sorcerers. With just a weird utility card granted by his brother, he can only pray to stay alive long enough.

This is a Card gathering story.

Reviewed at: Chapter 24: Lose some, win some

This is a slow and rather unpleasant story. The world is pretty vile and it does not feel as if it should function.

Children are made to fight to close portals. The reason it is children is apparently a better chance of card drops. However the problem with the portals is that they evolve and then become really dangerous and then one needs better cards to close them. The logic escapes me.

We are ramping up to another cataclysm same as onehundred years ago when a large number of people died. There are very powerful card-wielding wizards operating outside normal society who have not been able to arrange any reasonable plans or solutions other than throwing uneducated 12 year olds at the problem.

The writing is ok, the MC is ok, the story drags and the world is a mess. Card stories seem not to be at all easy to write.

Good story, the MC is not OP

Reviewed at: Chapter 14: Anvil of the gods

An interesting story, the MC is not OP and don't go from zero to hero in 3 chapter like most of this story trope instead is a sickly boy and remain a sickly boy, ok he got a suspicius common (legendary) card but for how the world building was described he need a year to go to its full power, he doesn't has this time -.-'. The world building isn't the most innovative but is solid.

All in all the style is good, don't see any grammar error and the story is intersting.

Pretty good story inspired by "All the Skills"

Reviewed at: Chapter 14: Anvil of the gods

TLDR: No isekai, no litrpg. Cards give powers. The MC isn't too OP.

Wizards handle the closing of invasion portals, the MC is mobilised to be thrown in the meat grinder but gets a surprisingly good card by mistake.

It's strongly inspired by "All the skills", but good copies are good so I don't care.

Two main issues: 1) Extreme paraoia of everyone about sharing even basic info on their cards (they'll kill you and steal them from your corpse). It's not very well managed, even people with trash tier cards hide their cards to team mates who have 90% of dying together in the meat grinder the next week.

2) Well, I don't even need if I must mention it given that RR has extreme denial of reality when it cames to sex in its DNA, but in a world where wave after wave of children are sent to die fighting monsters, you don't send girls to die ... they stay behind and make as many babies as they can ... Well, as usual with RR, girls are feminist wonderwarriors. It's not a Litrpg story, but it's as if you can choose boobs on your character sheet and it has 0 effect except cosmetics.

Overall, the story is well written. Maybe the characters lack a bit of depth but it's still reasonably good.

About the clarity, it's correct but as someone listening to it as an audibook while playing video games, combats are often rather confusing and it's not instantly obvious who did what attack, who killed which mob, who got killed by which mob and so on. I think it comes from too little details about specific methods of each character. "Character 3 parried the mob attack" only has the name of the character + parried to indicate that it's the shield team member. Overall, it's clear if you read the story, but it's a bit too dry, so if you don't focus enough on the story, you can't identify who did what. Super popular stories usual have a powerful way of associating characters with fighting style. You'll never confuse who is doing what in a story like Salvos, Path of Ascention or Defiance of the Fall. Each character has his long list of words to describe his common action pattern. I'm not just writting because those stories are clearer, but because it show good vs average character development. You can remove names in top stories and you still have 0 doubt about who is who. In Irwin's Journey, remove names and it's borderline impossible to understand the story.

Lots of Tropes but Surprisingly Developed

I'm writing this short review since I could not find any other here that express my feelings about this book. In no particular order...

-For a Nanowrimo piece, you'll find that it's very polished with few mistake. Grammar is great. It feels "easy to read". I would pay for this if it was daily and on the long term, as one of my morning reads in the train. The style is 5/5, most chapters have clear buildup, resolution and cliffhanger. Great flow.

-It starts off with a lot of Tropes and obvious  inspirations. It's a deck builder with some fantasy world apocalypse éléments, so litrpg readers won't be too put off and numbers haters can still read it.

-There's clear character development already. I have a bit of a disconnect because the mc kid is halfway between a street urchin and a brat. Seems like he's destitute and weak but we find out his mother can read but not him, and that there seems to be more under what's apparent. Should this become a book there's a cleanup that needs to happen, but I deeply appreciate that multiple supporting characters get a quick and clear development and goals laid out. Overall, this has been good.

-The world has a few inconsistencies but I also appreciate that not everything was "infodumped" in order to explain it. The world is not confusing at all but as other reviewers mention, there's sometimes a lack of clear explanations. as a concrete example to back it up, it seems that sorcerers are encouraged to "upgrade" and get an uncommon, but also stay with commons so those portals can be cleared? Is getting an uncommon good or not?

Also, as of chapter 28, there's been several large reveals that satisfy my curiosity and hint that there's gonna be an explanation for some of the confusion eventually.

Overall I'm really enjoying it and hoping it goes the distance.