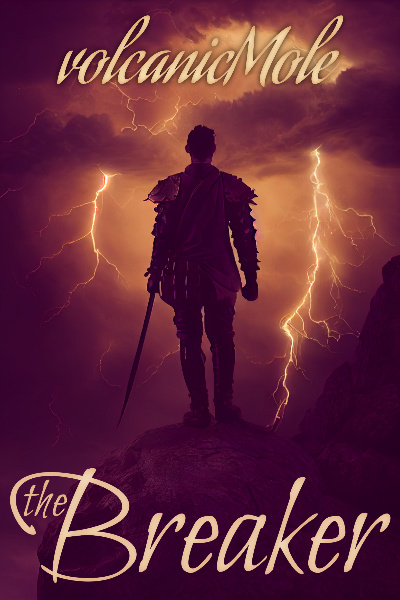 Before I left the tower chamber with my eight followers, I spent a short while exploring what control I had over Fastidious House. From what I learnt, I had far greater control than I had believed possible. And it covered all the areas built out of stone, so it didn’t cover the settlement outside, but it did cover the total area within the walls and the path leading down to the river.

With a few specific commands, I locked down the entire area within the walls. Now no one should be able to open any doors or windows. Further commands helped me discover that my Mother and my Brother’s wife were in the same room, along with Exalted Pine. Hopefully she was there, not as someone who had participated in the assassination, but as a victim. I had the sense that when my control over Fastidious House, indicated by how high my trait was, then I would be able to listen into their conversation.

Within the room, with the three leading ladies, were a small group of people. As I wasn’t aware of whom they were, I wasn’t informed of their identities.

For a moment, I was unsure whether to take control over the entire guard force of Fastidious House, or to slowly claim their loyalty overtime. I was lucky with these eight, and didn’t want them to have anything which potentially could disrupt their fledging loyalty to me.

Which meant I didn’t want to face a potential coup from within the guards, before having closed off any other persons of interest to whom they could pledge their loyalty. Leading to a single choice for me. Dealing with my Mother, my Brother’s wife, and my fiancée.

So I made my way to the sprawling Fastidious House, through the overly planned gardens, avoiding the places where the guards were standing. We ended up entering Fastidious House through one of the formal dining rooms which had large double doors which opened out onto a small courtyard.

From there we entered the endless corridors, all full of gaudy colours coordinated with an impressive calmness, were mostly empty. That cloying perfume overwhelming after having enjoyed the fresh air from the grasslands. The ceilings were covered by fake constatations.

Along the walls of the corridors were tables displaying random pieces of art, such as painted plates, vases, sculptures. Most of them were all focused upon the supposed glory of the goddess, or maybe the House. But here and there I saw a few pieces which seemed different. They were more decorative and ornate than anything else. They were also made of gold, silver, and dotted with gems. Even I could tell that these were of a far better quality than anything that the craftspeople of the Heartlands could ever hope to create.

Normally these endless corridors were empty, so it seemed remarkably normal that the nine of us hardly met with any people on our travels through the sprawling corridors on the way to our destination.

As was normal, we did occasionally pass the odd group of servants, in their long and narrow midnight blue robes, who were wandering the corridors looking for things to clean and sort. Other than those wandering servants, there was a small group of servants who were futilely trying to enter a closed room. Expressionless, the male—maybe—servant who was in the lead was turning the handle time and time again. The rest of the servants stood behind him with their assorted tools of cleaning.

I unlocked the door, letting the servants enter, then locked it behind them.

‘Following orders is good,’ I said to my eight followers. ‘But they were too rigid in attempting to clean that single room. They never asked for help, nor did they send someone for help. If you cannot do something, then asking for help or clarification is important. So, please don’t be afraid to do that.

‘This is because sometimes there might be a better way of doing what is required, and you wouldn’t know if you don’t stop and occasionally ask questions or think about potential solutions. But you’ll not know what questions to ask, nor what potential solutions might be best if you’re lacking one bit of essential information: that is the reason you are doing something. The why of the task.

‘Because without that, how do you know if you’re solving the right issue?‘

I looked at the eight of them, then walked to a small ornate kite shield on a stand. On the front of the shield was a painting of my Father leading the charge into a Fissure.

From the looks of confusion, it didn’t seem like they did.

‘Then what you want from us would change.’ One of the elite soldiers said, bravely interrupting me.

I smiled at him, ‘yes, that’s right. Maybe I want that prisoner not to get into the hands of the enemy, so you will need to execute them. Or maybe I want to trap the invasion force coming to free the person. Which will mean I might have to ask one, or more, of you to act as if guarding the door was important—or even to slow down the invaders—whilst I get the rest of the guards to set an ambush.’

They were still a bit confused, but I could see them thinking about the topic. There was not much time left to help them understand the topic, as we were already outside the room where the conspirators were gathered.

‘These issues are important, but we have time to learn and discuss and grow later.‘ I pointed to the door right next to the painted shield. ’Right now we’re about to head in and face those whom I believe were behind the attack on my Brother and my life.’

The fact he didn’t mention Exalted Pine was a blessing, and it made me feel happy inside.

‘Yes,’ I confirmed, ‘them. So when I ask you to guard the door, I want you to stop anyone coming in or out without my permission. You are also there as a show of force. There are eight of you, and you all look impressive, geared up like that. There’s only six of them in their room.’

‘So we are to act as a deterrent, a threat, and as a warning to them?’

From the way they all stood slightly straighter, and the way their facial expressions changed from questioning confusion to a blank, if somewhat stern, expression, I could tell they got it.

‘The door is too narrow for you to march in next to each other, so I’d like you to go in one by one. The first person will go left, the next will go right, then back to the left. When you go in, make sure you leave enough space for four people to stand neatly along the back wall where you are. Also, you two spearmen will go in last, you will stand flanking the door.‘

Once I gave my orders, my eight men sorted themselves into a single organised line.

‘I will go in last. You shall remain stern and quiet, no matter what you hear or see. Unless they act to threaten me, when you are free to act in retaliation. But remember, they cannot harm me and I will wave off the threat. It will just be a show of power from me against them.‘

I could sense that they understood my orders. Later I’ll teach them about the ‘sir, yes, sir’ chant. But, right now, what they knew and understood was enough. With a command, I slammed the door open, listening to the loud argument from within suddenly cease.

My soldiers marched in and took their places along the wall as I so desired them to do. I followed them in, forming a blocky, solid, high back throne identical to the one in the tower chamber. It rose from the ground behind me, and without looking back at it, I allowed myself to collapse into it.

‘Right, dear Mother and Sister-in-Law,‘ I tapped an idle finger on the arm of the throne, ‘just what am I going to do with you?’