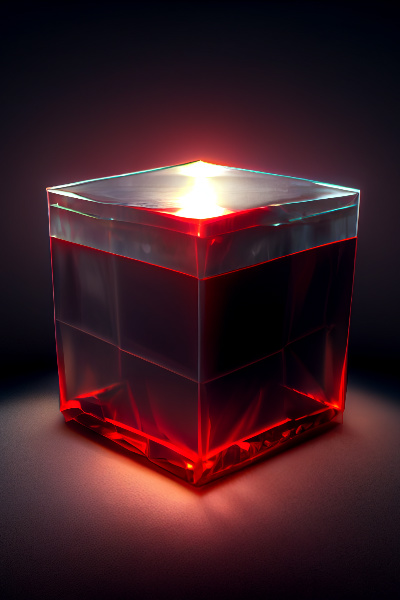 The last thing I saw was the approaching ground. After that, my entire vision became dark.

My senses were cut off, but I have no idea why. Either the system registered that I crashed into the ground, or there are probably other similar reasons for that. In any case, even though my entire vision was covered in darkness, the notification that appeared did not state a resurrection countdown, but an ‘unconscious' status countdown.

To think I was able to survive after falling from such a height, looks like at LV 19, my body is rather tough.

This confirms that having a high defense is indeed a good thing. For example, if I, one day decide to do some bungee jumping, and my rope suddenly breaks, then I might not die from the fall… Alright, since I already grew a pair of wings, I won't be that crazy to participate in bungee jumping.

However, as for Aliyah… Oh. Why does she have to always do things that would harm both others and herself? Even though I know that hugging someone else at the spur of the moment is reckless, however, I did that earlier with the intention to protect her. So why doesn't she understand?

I wonder if she's alright. Although, at the end, I did my best to make sure she was on top of me, but, I'm not sure if she actually pushed me away and ended up crashing onto the ground as well.

Being unconscious for two hours is really too long. Helplessly, I could only calm myself, and I almost fell into a state of slumber.

"Wake up! Hurry and wake up, you idiot!"

Alright, I just knew that I would be woken up by a voice like this in this kind of situations.

Although I felt that it would be very troublesome to open my eyes, but, when I listened clearly, I forced my eyes open.

This feeling… I seemed to be lying on a sofa with a rough surface. When I inspected the surroundings, it looked like I was in a worn-out house.

The room walls were rusted and there were large stacks of books leaning against them. At first glance, it looked like our society's activity room, but, in fact, there's many differences.

"This is the basement of the house I bought."

Currently, Falan is wearing a deep black Magician outfit with a velvet shawl. This kind of dressing… Is she getting ready to leave?

Looking at how I was staring blankly at her clothes, she happily responded.

"After all, some people saw you flying with your spread wings, and what they actually saw was not your white wing, but your bone wing. Now things are getting pretty interesting. The Saint Church and Temple Knights were activated. Later, I'm going to hide in the underground dungeon through a special entrance, and avoid this mess by acting as a student who accidentally dropped into the dungeon. The undead aura emitting from your body is pretty weak. As long as you do not undo the magic spell by yourself, your bone wing shouldn't reveal itself."

As she said, only my white wing was left behind my back, and the bone wing was already retracted. Falan must have helped me with that with her magic.

I quickly retracted my white wing, and asked.

"Who do you think was lying on the ground in the middle of the central square with his wings wide open? The moment I woke up, I felt your aura, and I immediately brought you back. But, I think that department head should have felt it as well, so be careful."

The department head she was referring to must be that empty commander, Department Head Rid.

Why call him an empty commander? Because there's basically no one in his department. If someone who has the potential to use Light Magic is discovered, in the end, he will be sent to the Church.

That guy is probably one of the Church's permanent representatives. After all, Yybril wouldn't be able to handle so many things on her own.

"Umm… There should be a girl who fell with me, where did she go?"

"… Is it that girl with the white twin-tails?"

"Eh~ So you have that kind of preferences."

"Are you joking? Her personality is absolutely terrible… But she's not dead right?"

"Of course not. Someone did act as her cushion, after all. That girl was barely alive. After pouring a bottle of recovery potion into her mouth, I left the place with you."

"Alright, hopefully that girl will be tight-lipped, otherwise it will be troublesome if others were to know that I was the guy with wings."

"Then you should head to the infirmary for now."

And Irlin and the rest were lying in the infirmary earlier. They should be awake by now.

Although the term ‘fiance' still feels somewhat distant, however, since her family had already faced so much hardships, just by being by her side at this point in this time should be able to give her some spiritual comfort.

"But, you best stay low for a while. You should know that the entire academy is currently looking for the Undead Angel with the bone wings. However, there's no such person there, as the person they saw was you."

"Hai… Alright, I will be leaving. Be careful."

After saying that, Falan transformed into black smoke and flew out of the gaps in the door. At the same time, a voice resounded in my mind.

‘The metal door has already recorded your aura. You will be able to open it with your touch.'

And with that, she disappeared.

I helplessly shook my head. After straightening my clothes, I prepared to leave.

Suddenly, I realized there were a series of notification windows stacked at the side.

Probably because I was too quick when I woke up earlier, I ended up pushing them into the corner without realizing it. And since I'm left alone now, I could finally review them peacefully.

Leveling the skills is now made possible.

Message System Released. Allows all Otherworlders to communicate with each other through a mailing system.

Relationship level with Irlin increased. When a party is formed with Irlin, both members will receive the same amount of EXP, EXP gain increased by 20%.

As you have been judged as the culprit for destroying the academy's properties, a wanted poster has been commissioned for the Undead Angel. However, since no one knows the true identity of the Undead Angel, the wanted Undead Angel is unnamed.

Title [Whatever Goes] leveled up!

Reduce the possibility of being spotted by security by 10%.

After looking at all these titles, I could no longer calm myself down.