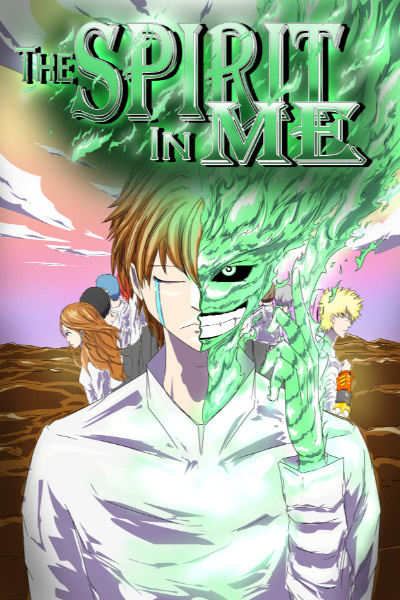 Energia is the source of power humans possessed throughout history. Although its powerful benefits, technology has slowly begun to take over. Humanity reached a stable and comfortable life, more than ever before in history. But recently, odd creatures started to arrive. Those doll-looking creatures, seem harmless, but send a powerful message. Our battle wasn't over. They have been gone for ages. For thousands of years. Humanity has forgotten about them. But, for an unknown reason, they are back. And with them, the cases of people going mad. Why are they back? What are they and what is the Energia? Find out in the upcoming and exciting series - The spirit in me.

Has Potential, looking forwards to more.

Reviewed at: Chapter 2. The day we have been waiting for, arrived.

If I had to guess, this would do well among fans of wuxia, revenge fics, and I feel like Legendary Mechanic (for some reason?).

There are only two chapters so far and they're a bit...dense. There's a solid core to the story that the author is stumbling over himself to get out there. He's aware of it too, lampshading the exposition dumps and jumping to multiple characters. The grammar and style is a bit awkward, but that's a given due to English not being the author's first language. The grammar is actually quite good, considering that.

As for the story itself, there's potential. I'm hooked by the mystery and looking forwards to the clash between the fatalistic protagonist (almost ridiculously pessemistic) and the hypocritical, power-hungry governement. There's potential for the government to use more optimistic and actually good people to defend their interests, rather than the usual evil for evil's sake baddies. A story like this needs not just physical clashes, but clashes involving ideals and morals to accompany the variety of characters.

All in all, the story is still taking root and it's best to give it time to mature and grow into itself. I'm giving it four stars because I can see it doing well.

Intriguing start and a little mess.

Reviewed at: Chapter 2. The day we have been waiting for, arrived.

This review is based on the first two chapters that were available at the time.

The story only started recently, and there is not much to say about the plot, so I will review what we have.

The style is weird and it is tied with the grammar. Due to me not being a native English speaker, I can't judge the grammar, only say how it felt for me to read. On one hand, you have two characters speaking with each other in a single paragraph, which is just plain confusing. And it is hard enough to understand when the character thinks and when the character speaks. But at the same time, when characters start to speak in this weird poetic style, it just flows well into the story. I can't put my finger as to why, but it just works for me.

The story is confusing for now. We are told that the city is having problems and that some research is banned. We are not shown as to why exactly, but the end of the second chapter gives a good hint. Also, considering that some proponents of free research are, well, lunatics at first glance, this sort of allows the imagination to fill the blanks. For two chapters, it just works.

Characters. There are too many for two chapters, and it feels like the story is focusing on the bad guys in the making. Which is fair enough, it can work, but personally I dislike evil MC. Because there are so many characters, it's hard to form a clear opinion on them, but the two main ones, Ruan and Mada, for now, are on a clear path to becoming potentially solid bad guys, in my opinion.

Overall, I rank it at four. The story has a clear focus, the overall story is there, but grammar and style can potentially be abysmal for the others, and the abudance of the characters may confuse the readers.

But me? I actually liked it. I have no idea why, but I liked the story enough to give it a solid four.