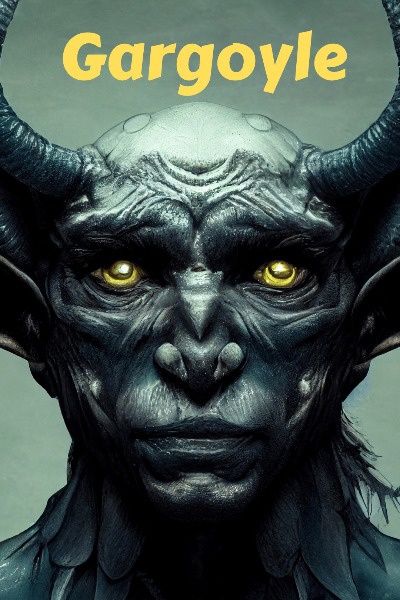 Remove Ads
Previous Chapter
Next Chapter
A note from B.G.

Welcome back! Sorry for the later chap, work had my life force in a vice today.

Aisha opened the door further as she noticed Malik approaching.

“You’re unharmed?” Malik asked, noticing her worried eyes darting about, scanning for more of the beasts.

“Yes, the dwarves lured them away from the building,” Aisha said. “I wanted to help more, but I didn’t want to risk leaving the egg unattended.”

“You did the right thing. I haven’t had a chance to speak with you about the infestation. When we go hunting, I will teach you all I know. In the meantime, we need to build defenses.”

She nodded and stepped out of the building. Just then, the dwarves picked up a slow, haunting tune. A dwarf named Grazel took the lead, and the rest of them hummed along. Grazel’s voice rumbled like distant thunder, low and heavy, yet carried for miles.

To Dargun’s Hall he goes

The Depths of bliss he roames

There he’ll rest his dwarven head

To Dargun’s Hall he goes

The song went on for some time, speaking of a place that was safe and cozy for dwarves, deep underground in a vast mountain. Malik thought it sounded like a nice place to visit, but couldn’t imagine being unable to stretch his wings.

He had never heard music before, and while the tone almost made him feel sad, the words themselves were more hopeful. It was a pleasant treat to Malik’s ears.

As the dwarves sang and hummed, they slowly put rocks around the downed dwarf’s body. His name was Varin, and Malik hadn’t spoken to him much, but he felt sorry for the dwarves. He had died within the settlement, becoming the first casualty of Stone Wing Spire.

The Rune Crafters began etching runes onto the rocks being placed over Varin. With nothing else to contribute, Naveck walked toward the water, holding the pickaxe still.

Malik caught up to him, “Good job back there. You have a future in beetle killing,” Malik attempted to joke. Naveck’s lips twitched, failing to force a smile.

Naveck gave a curt nod, “Too many have perished on this expedition. I worry that the next time my son sees me, it will be only of my remains. Or worse, he never sees me again or hears about what happened. He deserves better.”

Malik wasn’t sure what to say, “Is there a way to send word to him? Perhaps he can join us here?”

That managed to evoke a laugh from Naveck, “Aye, I’ve thought of that. The journey is long and dangerous, any of us from the expedition will be questioned about everything that has occurred. Coming back without Garok’s remains would likely result in our deaths. His family ain’t the forgiving type.”

Malik frowned in thought, “What about a human? Would a human be safe in dwarven territory to get word out?”

Narrowing his eyes at Malik, Naveck slowly nodded, “Aye, we have a good relationship with most humans, but –” he held out his hands, palms up, gesturing that obviously, there were no humans here.

Malik grinned, “I hadn’t had time to tell you. We have a human family that will be joining us shortly. There are also Shape Shifters among them as well.”

Naveck raised his eyebrows, “Well, I’m not one to pry – but if any of them are willing, that might just work.”

“I’ll see what I can do when they get here. Not to mention, if you and the others become citizens, you can carve your own paths. Answering only to me.”

Naveck’s eyes glazed over in thought. He may have been thinking about the benefits that could bring to his son and future generations.

“That’s something to think about,” was all he said.

Malik smiled softly, “Sure. You have a lot on your mind right now. It is urgent that we build defenses in the event of another attack as soon as we have our personal shelters. How quickly can we get those completed?”

“The lads won’t be sleeping tonight after what happened. They wouldn’ta slept anyway without a roof over their heads. It’ll be done by tomorrow. Just don’t work us as hard as Garok did,” Naveck winked.

It was nice to chat with Naveck, he always made Malik feel better. “I’ll try, but I need to sleep now. Tomorrow, I will help with the construction.”

“G’night Gargoyle,” Naveck said with a wave of his hand.

Malik took off and went to the top of the mountain near his little stash. It was peaceful up there and none could bother him. Aisha would be fine in the Incubation Chamber and the dwarves needed to lose themselves in work. He had found that sleeping on the ground was comforting at first, but whenever he woke, his wings would be sore. Malik realized he was more comfortable in his crouch.

A cheer echoed throughout the valley below, waking Malik. The sun was already well into the sky, confirming that he had been long overdue for a rest. Stretching his arms and wings, Malik found that he was much more refreshed than he had ever been, despite the scabbed wounds covering his body.

Below the dwarves were celebrating, and Malik had to rub his eyes to believe what he was seeing. There was a long stone structure in his valley below. Surely, that was more space than the dwarves needed. Even from this high up, Malik could see the glow of various runes speckled over it.

Just next to it, there was a smaller structure, maybe big enough for one dwarf. Narrowing his eyes, Malik hoped that the dwarves didn’t think he would take such a tiny building for himself. That couldn’t be the case as the materials for a separate building were already gathered and set to be built next to the dwarves’ sleeping quarters.

Now that he had a moment to clear the cobwebs from his mind, he had another revelation. He had gained a new skill while he was asleep. It must be from the building! Malik thought with excitement. It wasn’t a full level, but Malik smiled at his fortune. He did, however, feel nearly full already toward the next level. The building already paying dividends.

His smile wrinkled into a frown as he read the description. He wouldn’t be able to use the dwarves for everything, it seemed. Worse yet, the skill required him to open his body to activate. Or did it? It says “blood sacrifice”, but it doesn’t explicitly indicate that it required Malik’s blood.

It was something to experiment with. Malik had a renewed hope of finding and catching the squirrel again. Where had that little nightmare been? He was surprised to find a pain in his chest at the thought of the beetles getting to the squirrel before he had his chance.

Still, he was excited to go see the completed building and was about to leap off when he caught something odd at the tree line. Charles, in his bear form, had something attached to him at the shoulders. Behind him, he pulled a long, thin wooden cart.

Abreast of Charles were three human females and a three-legged bear. He couldn’t make out the details at this distance, but he was interested in meeting them. Seeing that they would make it to the settlement safely, he glided down toward the dwarves to inspect their handiwork before greeting Charles and his family.

“Good Morning Malik!” Themo shouted as he stoked a fire next to stacks of beetle meat. Malik’s mouth started watering.

“Good morning, Themo. Tell me about the runes on your building.”

“Ah, most of them are the merging runes I showed ye. The others, well, those runes of heaviness for a bit for comfort. The surface drives some of the lads mad. Inside, it makes one feel as if they are below ground,” he explained. “Then, there are simple reinforcement runes to make it more sturdy.”

“I’m impressed that you did this all while I was asleep.”

“Ha! That was nothin. Garok was a mean bastard, but he ingrained a strong work ethic within us. This is a walk in the park comparatively.”

Malik smiled, then heard the dwarf who sang, Grazel, shout, “Who goes there?”

The dwarves all scurried at the challenge, grabbing for makeshift tools preparing for another fight.

“Ah, I would have thought Naveck told everyone about our new guests,” Malik mused aloud.

Thank you all for reading!