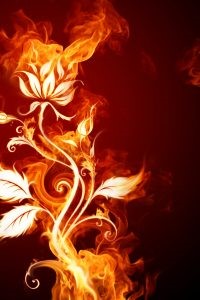 Are you limited by that which you know?

Are you limited by that which you see?

By that which can be realized?

Have you ever wondered what lies beyond understanding?

... does this thought inspire rage to rise up from deep within you?

Also, I'd like to keep these warnings below as part of the summary since having traumatizing content, horror and sexual warnings up top seems to not be enough for some people...

IMPORTANT - The chapters that have the heart symboal are LEMONS aka. they have at least one sexual scene contained within them.

OMFG I CAN FINALLY EDIT MY SUMMARY AGAIN AND ACCESS THE DASHBOARD!

There is blood, lemon, and chaos. He picks on you in every single chapter - with every linebreak.

The MC is a HUGE remorse-free psycho. I would a give a well earned 5/5 at this point.

But the plot twists are way too chaotic. The Author is a huge remorse-free drama lover.

You don't know where the plot is going. The plot will lose you several times. So to sum it up:

If you don't want to see the world burn, then stop right there. This story is not for you kiddo.

If you are ready for a ride with a suspicious unlicensed drunken author then start reading moron.

Let there be Chaos!

So it is really difficult to write a Review that can fit what this truly fanatstic peace of Work is!

Now what can i say about the Characters? There is little to explain and just one thing to say. If the Character is normal just dont bother with it. The character will most likely die or be forever forgotten. Otherwise the characters are really insane and i fucking love Audrey... Well she is just the best fucking Character in this story. ahem

That was what i had to say. If you love Blood, Sex and insanity you will love this story.

Thanks for the chapter. lol

Thank you for the chapter.

just turn off your mind, and read accept everything, and enjoy.

as far as you dont think too deep into it its fun.

Honestly one of the best works I've read. Mindtwisting, chaotic, full of abstract concepts that make you think out of the box, and honestly a atheist bible. Keep up the good work and twist our minds some more because i fucking love it.

P.S - the part with Chaos/God and the metaphisical experiences are very good and extremly well written.

A Lunatic Asylum or The Atheist Bible?

The title of the review is just a suggestion to change the name of the story. ... I thought Destiny: Infernal was crazy.

Anyways, how do I even review this?! Congrats on the new summary btw, this one is way worse. (as in it will drag more unaware people straight down the rabbit hole)

Before anyone decides weather they want to read this or not, I want you to ask yourself a few things:

2. Do you like experiencing multiple existencial crisises in the same day?

3. Are you afraid of losing your sense of self?

4. Are you afraid of making your voice be heard?

5. How do you feel about carnage, rape, tragedy and horror?

6. How do you feel about religion being a main theme a story depicting a madman?

7. Can you differ between love and hate?

8. Can you differ between reality and imagination?

- if the answer to ANY of these is NO... you might wanna look away from this bloody Necronomicon hidden in plain sight.

On that note, I present to you EXIBIT A:

We are just one of infinite posibilities, collapsing them all into one singular reality, like opening Schrodinger's box and seeing if the cat is dead or not, we are just the universe trying to keep itself existing, without an observer, the posibility is not real, just theoretical, concious mind is what keeps the universe there, and each time you close your eyes, anything you are not touching directly, or experiancing through any other sense, dissapears, only to be rendered again once you open your eyes. If a tree falls in a forest and there is no one to hear it, it doesn't make sound, for the tree doesn't exist without anyone to percieve it, just like reality wouldn't exist if there was no one there to experience it. We exist only so that the universe may exist by observing it, and the universe exists only so that it can create something that can observe it, any part of the sky, the planet, your room that is not being experianced stops existing until you put your attention on it. We are both the egg and the chicken.

Well, think of time as a series of still images, like the cells in a movie, the universe doesn't actually move forward in time, but minds or souls or whatever you consider is the thing that makes you an individual, are what moves in these possibilities, we move to the next most probable, the one with the least resistance, like a lightning in the atmosphere going to the ground. You are standing in some place, so it is probable that in the next second you will either be in the same place or somewhere very near, not on a moon of jupiter, so by switching over these possibilities at a rate that the mind interprets as fluid and continious, "time" happens, though there's always the non zero chance of something that wasn't there appearing or something that is there to dissapear and that is quantum tunneling, when the next state of possibility we switch to wasn't the one with the least resistance, but a hiccup in plausibility due to the nature of the rolling dice.

Author: Well, not all Germans supported the Nazi Regime.. and yet, when teenagers today hear someone with a think german dialect, thats exactly the first thing their imagination forms.

Commenter: I really hate it when people form opinions on entire populations like that.

But in the context of us having zero influence on who gets elected: It's more like, "what do you expect us to do when our government does what it wants regardless of what we have to say or how we vote?"

Author: What happens when we catch it? We become food.

No.. I'm kinda sad to say this, but I'm one of those people who firmly belive that mankind wasn't made with the intention of being equal.

It just... does not work in a society like ours. People always have a need to place themselves above others with wealth, fame or skill.

They always did, liberty and equality are little more than limitations, just blocks in the road of power, but just because you cant enslave others to make yourself feel as their better in the literal sense, being someones boss when you are rich enough to literally own them anyways isn't that big of a difference.

"If you work real hard for the next month, there'll be a second one! So work hard, my dear sla-I mean employee of the month!"

Commenter: Wage slaves is a good way of saying it, I think.

No matter what the situation is we always end up building a social structure.

I definitely agree that true freedom and equality are impossible in reality, Having said that, I still like the quality of life we achieved with our semi-equality and semi-freedom.

A dynasty or monarchy would've ended way sooner with the level of weaponry we have now, That's why Korean Poppin Fresh freaks me out so much, there's no legion of assholes stopping him from pressing the launch button.

--- I'm just going to stop here. By the way, all of the above are from A SINGULAR CHAPTER.

This is a story that you may as well start reading for the COMMENTS rather than the story itself...

Oh and did I mention that God is a Mad Scientist?

And Chaos is a feminist, social justice warrior and a strong, independent (but married) lesbian woman?

Yeah, if you think you've read insanity before... well, you are wrong.

Oh and the prologue lasts for 62 FUCKING CHAPTERS AHAHAHAHHAHAHAH....

One of the best storys i am reading always keeps me coming bak each time its released I odnt even want to wait for it to stock pile.

the story has VRMMO and the game affects the real world in many ways. it is full of plot twists when you think you know whats going to happen next nope completely different yet feels thought out and logial so dont belive its going to be a generic story that you have read before because you will be on your toes thinking you know what will happen... but you really don't.

now while the character can be a little bit evile its great because you dont need to worry about him saving some ramdon person to get get attacked by some bag group of people whooo.

Very few grammer mistakes with a well planned and thought out story make this a great read fun for all.

I like the ficción a los,  but don’t you think is be comino MORE AN MORE far from the Vr gametos that was supone de to be at the Beginig ?

Let's make it short by telling the truth: any and all types of compliments will only degrade this novel of yours considering how good it is so please by the sake of god don't screw this up okay?

I must say this story really hold true to its theme chaos.
The story line is all over the place it feels, there seems to be no real goal (at least in arc 1) and just a bunch of interesting events. While this keeps things fresh and provides quite a mysterious wipe it also had the negative of not really providing an incentive to continue on to the next chapter. I had quite a few instances where there was an interruption in my reading flow and I was debating whether I wanted to keep going or do something else. In the end I never regretted the decision to keep going and enjoyed the story very much.

The main Character is pretty deep and I like how we learn more and more about him trough his actions and the story without any big info dumps.

I really am eager to find out where this story leads especially, as other people mentioned already with the huge reveal/plot twist at the end of arc 1