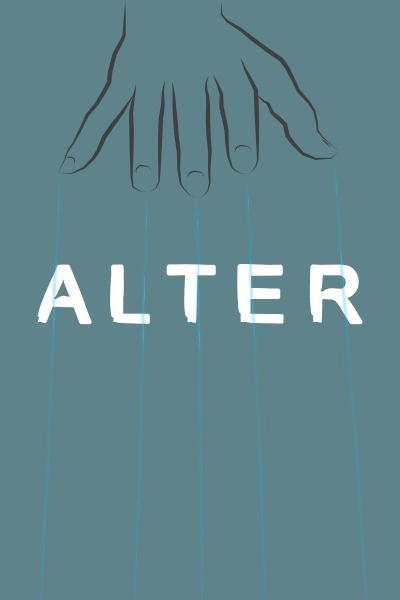 I donned my skiing mask and dark sunglasses. My reflection looked back at me, completely dressed in black. I closed my eyes and extended my sense of self out and around my body. I focused on the light coming from behind me, the photons hitting my back at their unimaginable velocity. I set up what I imagined as gates, imparting a change of direction of momentum to any photons passing through them. Setting up gate after gate, following the contour of my body, I made the light bend around me. Standing like a pillar in a river of light, a flow of photons refracting around my back and joining back together in front of me.

I opened my eyes and looked at the mirror. A translucent shadow stood in my place. Looking at the smaller mirror to my right, my fully opaque self looked back at me. This would really only work if I perfectly got the angle right. Or if Ifinally managed to do multiple angles at once. But these kinds of mind gymnastics still completely eluded me.

I was as ready as I was gonna get.

The lights in the meeting room were still off. I crouched into the far corner behind the projector. As tested yesterday with Felix, I didn’t fully back into the corner so that my shadow wouldn’t cover the distinct edges of the wall. Now, all I could do was pray. And hope that they would come soon, because this was gonna get uncomfortable.

Despite the tense situation of spying on some of the most dangerous people knew, I couldn’t help but get a bit bored crouching in the dark corner. So I felt a weird mixture of relief and nervousness when I finally heard footsteps approaching. I quickly set up my gates, bending the light around me and beginning the slow drain on my mental ressources. I really hoped that Felix was right and that this risk was gonna be worth it.

Three men in suits entered the room and the lights went on. I recognized two of them immediately. Mathias Matter, bald with glasses. Rich and influential though I wasn’t sure how he had become so. He had his hand in all kinds of businesses. And was de facto my boss and sponsor, though I rarely had anything to do with him personally. Next to him Prof. Walter, graying short hair and on the worryingly skinny side of the spectrum. A university professor on the generous payroll of Mathias and carrying out research for him.

The third man was a tan overweight man in his sixties. I’d never seen him before but given that both Mathias and Prof. Walter were present, I figured that he had to be someone pretty important.

The man glanced around the room. His eyes lingered on me in my shadowy corner. My heart skipped a beat when he furrowed his brow and kept looking at where I was. It focused on taking deep breaths and keeping up my gates.

“Mr. Jones, please, have a seat”, said Mathias. The man, Mr. Jones, shook his head and turned away to sit down at the conference table. Holy shit, that was close. Sweat was running down my back. My all-black outfit, including gloves, turtleneck and skimask, didn’t really aid in reducing the dampness building up on my skin.

The Prof. started up a presentation on the projector and turned off the lights in the room. I took a silent breath of relief and stopped bending the light around me to give my mind a short break while they were focused on the slideshow.

Prof. Walter fumbled around on his laser pointer until finally the red dot appeared on the screen. “We would once again like to thank you for coming here today. You have probably guessed that this is about our recent population wide RNA sequencing project. We would like to take this opportunity to once again thank you for your help in getting access to social media data. We have had you come here tonight to discuss a specific result which, we believe, could have an unprecedented impact on humanity.”

Jones sceptically eyed the prof. “And let me guess. You count on my philanthropy to further finance your research.”

“Much more than that,” Mathias answered in the professors stead. “We want you to be a full partner in this endevour. This will be big. We need someone with your kinds of assets and contacts. We want to get you on board to handle large scale production and distribution of lentiviral particles. I believe that your indian GLP facilities would be well suited. But I’m getting ahead of myself.”

The scepticism on Jones face only intensified. “You must be very confident in your results to ask this of a man as busy as I am.” He leaned back in his chair and lazily gestured toward the prof. “Go on, show me what you’ve got.”

Visibly more nervous, the prof made the next slide appear, showing what looked like a heat-map of a brain. “I’ll need to give you a brief introduction in order to explain our results.”

“The highlighted areas in the brain are the parts of what is called the default mode network, the DMN. It is the part of the brain that is most active when you are awake and your mind is in energy saving mode. When you are mind-wandering or daydreaming. It plays an important role in reducing your brains activity and interconnectivity.”

“Thinking is an energy intensive process. Your brain alone consumes around 20% of your body’s energy ressources. That’s why the DMN’s role in limiting brain activity is so crucial. It favours the use of well established and close-distance connections between neurons and limits the exploration of new or distant connections.”

“This is of course great to run your brain efficiently and to save energy. But if the DMN is overactivated it locks your brain into place and doesn’t allow it to change. Etreme cases result in OCD, anorexia, or cases of depression and addiction. When the brain is locked into harmful patterns and can’t change enough to escape them. Making people prisoners of their own brain.”

“As most things, DMN overactivity comes in a wide spectrum. The cases I described are the extreme ones. But most people in the higher range of activity will never notice that they are so. But still, they are the people that easily get locked into mindsets. Especially in the age of social media bubbles, where ideas get reinforced again and again, many people lack the mental flexibility to disrupt these thought circuits. They become physiclally incapable of mentally exploring other ideas and points of views.”

“And this is where our results come in to play. As you know, every gene in your DNA contains the build plan for one of your body’s proteins. Before a cell uses the code on your DNA to build a protein, it copies the code onto RNA and transports it out of the cramped space of the nucleus. Once the RNA is out of the nucleus, it is used as build plan to build the protein that the cell needs. So by looking at what RNA build plans a cell is using, we can find out what proteins it is producing.”

“In a large collaborative effort, including the help of many gifted, we have now decoded the RNAs of millions of cells of tens of thousands of people. And within these floods of data, we found a very interesting protein that is specifically built in nerve cells and is most enriched in the cells of the DMN.”

“Most interestingly, we found that a specific form of this protein highly correlates with DMN overactivation. Not only that, but it also correlates with tendencies for extremism, violence and other disorders of mental inflexibility. A specific splicing variant of the RNA causes this form of the protein. Meaning that by finding this RNA variant we can find problematic people.”

“As a logical next step, we have designed a synthetic RNA molecule that can target this specific spliced RNA. In its usual form, our synthetic molecule is folded onto itself and is completely harmless. However, when it encounters the specific target RNA, it binds to it and unfolds itself in the process. Our unfolded synthetic RNA then looks like a build plan to the cell and the cell starts producing the encoded protein. Now, let’s say that the protein that the cells is tricked into producing was poisonous…”

“You would have a poison that specifically targets people that are potentially harmful to society.” Mr. Jones interjected.

“Exactly.” The prof answered with a nervous smile.