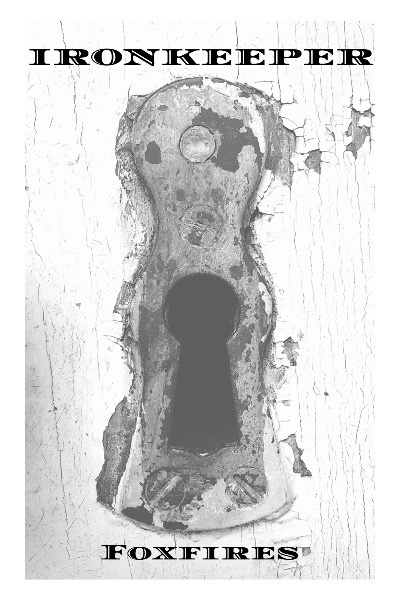 When Eldan made the short drop from the top of the wall to the streets of the 1st annex the conversation with Cale fled from his mind as he took in the chaotic scene before him. His eyes widened, having never seen so many people in one place before. He had thought market days in the 32nd annex were crowded, but now began to realize just how much larger the city was than he had imagined.

Cale laughed when she saw Eldan’s jaw dropped open, their usual rapport falling back into place. “You know, they call people like us from the outer annexes ‘outies’. You look like such an outie right now.” She grabbed his elbow, pulling him into the stream of traffic on the street. “Let’s go. We made good time going up the riverbank so we have a little time yet before we have to be at Court. We can explore a bit on our way. You need to close your mouth, though, you look like a surprised fish.”

Eldan snapped his teeth closed with a click and stayed close beside Cale as they navigated among the throngs of people hurrying to unknown destinations. The air was thick with the cries of merchants hawking their wares and tantalizing scents from stalls where meat was being grilled and breads being fried and sugared. They stopped at a stand selling fabrics where Cale rubbed her fingers over bolts of heavy, vibrantly colored silks while the sallow merchant eyed Eldan disdainfully, before moving on to one where a forge-hand displayed a table full of blades ranging from basic utility knives to full-size swords with jewel-encrusted hilts. Eldan studied the wares critically, surprised to find that though they looked like the work of a skilled smith they did not appear to be quite as good as those made by his mother. The artistry of the decorative work was not quite as fine, and the blades looked just a bit duller than hers.

Cale glanced at him, seeming to recognize what he was thinking. “The Ironkeeper works in the main city, these are just the work of another smith.” She spoke quietly enough that the forge-hand couldn’t hear. “My father says that your mother’s work is nearly at the level of the Keeper, though, that she might well become Ironkeeper if the current Keeper passes without training a suitable replacement. Apparently she is getting very old and has yet to find an apprentice she believes is capable.”

Eldan’s mother had never been apprenticed to the Ironkeeper, but had taken courses with her when she took her term with the Court. She occasionally told him stories of working under the stern and crotchety taskmaster, who taught in what she called “the old ways”, which included smacking her students repeatedly with a rod she kept at her belt. From what he had heard he wasn’t entirely surprised to hear she hadn’t produced a successor, but he had no idea his mother was considered a near-master of her trade. He stepped back and nodded to the forge-hand, who winked back at him, likely noticing his clothes marked him as someone connected to a smithy, and he and Cale wandered deeper into the annex.

As they rounded a corner Eldan was hit with the distinctive smell of a tavern, sour with the scent of spilled ale and sawdust. He looked over to see a squat building with a hitching post out front and stopped in his tracks at the sight of the three mounts tied out front. Two were horses, unremarkable except for having thick, shaggy coats, but the third, towering over the other two, was a massive, chitinous insect with four beady, black eyes at the top of a flat, triangular head, a shiny, segmented body, six long legs with three joints each and barbs running down the back, and a heavy, curled tail with what looked like a sharpened spade at the tip. The shell of the insect was translucent, providing a horrifying glimpse of the organs within.

Eldan stared at the creature in a mixture of revulsion and awe. “It’s a gelik. I’ve seen drawings in books but I never expected to see one here. Why would someone bring a gelik all the way from the desert to the city?”

Cale turned and followed his gaze, then quickly pulled them out of traffic into the mouth of a narrow alley where they could study the mounts. She shook her head. “I don’t know, they aren’t suited to our climate. And those horses are mountain horses, they shouldn’t be here, either. Even when traders or delegations travel among locations they change mounts along the way. Riding them here is some kind of statement but I don’t understand why anyone would do it when it might endanger the animals.”

The gelik was standing perfectly still, head turned to look over the horse’s backs. Eldan was wondering if it might be asleep, and whether geliks had eyelids or not, when a long, thin tube shot from its mouth and snatched a fly buzzing over one of the horses. The horse just made a soft chuffing noise, apparently unperturbed. “Will the gelik freeze at night here?”

Cale shrugged helplessly. “I don’t know. The desert gets cold at night but the geliks burrow into the sand dunes to stay warm. I can’t imagine a Heliotian allowing their gelik to freeze. Riders grow up alongside their mounts there, and usually once a bond is made between a rider and gelik they remain partnered for life. It is incredibly hard to live in the sands and the geliks and riders give each other means for survival. The geliks have a form of language that the Heliotians understand; they are incredibly intelligent and loyal creatures. If a gelik took their rider here they understood the risk and the decision was made together.”

Eldan had understood from reading that the Heliotian and gelik societies had joined together intentionally at some point in the ancient past. The idea of a partnership with an animal capable of communication had always sounded exciting and exotic, but the reality of the gelik in front of him was somewhat terrifying. It was almost impossible to imagine forming the sort of bond depicted in descriptions of Heliotians and geliks with an animal so completely alien.

The gelik suddenly turned its head toward the tavern door and lifted one of its legs to the back of another, flicking the barbs to make a rapid series of clicks in different pitches. The tavern door swung open and three people, obviously the riders of three mounts, strode out. One of them, wearing a flowing, white, hooded garment that covered their face in shadow, made an answering call of clicks with their tongue.

Eldan realized he had been mistaken in his assumption that the gelik was tethered to the post as it walked behind the horses and toward its rider, dropping to the ground when it reached them so they could climb onto its back. As the rider turned to mount the gelik Eldan saw they carried a saber on their back.

The riders of the mountain horses appeared to be a father and daughter, both with thick red hair braided and falling down their backs. The father had a red beard that reached the middle of his heavy barrel chest. He had one hand clasped, either protectively or affectionately, on his daughter’s shoulder and she marched beside him with her chin jutted out proudly. They were dressed nearly identically in sturdy leather pants tucked into fur boots with deerskin tunics belted at the waist. They each carried a large, curved utility knife at their belt and Eldan noticed the girl also had several small throwing knives.

Traffic on the street had nearly stopped at this point, a crowd gathering around the tavern as people stopped to stare at the gelik and the three foreign riders. The gelik rose regally to its feet, lifting its tail to curve forward over the rider’s hood, the point at the end glistening. The rider leaned down over the gelik’s back to click softly, the gelik cocking its head attentively and answering by flicking a single barb twice. The rider patted the gelik on the side, tossing a chunk of meat into the air to be be immediately snatched as the tube shot from the gelik’s head again. Once the horses had been untied and mounted the gelik turned and began a stately walk as the crowd hastily parted, its six legs delicately stepping around and even over the stragglers who didn’t move out of the way quickly enough. The horsemen tugged their reins and the horses turned to trot after the gelik. None of the riders acknowledged the knot of people staring and whispering after them, simply looking straight ahead as they rode away.

Cale blew out a long breath. “Well, that was certainly unexpected. I think they must be here for some political reason but I have no idea what it might be. Nothing to do with us, though, so we were lucky to have happened to see them in person. When I write Father tonight I can ask and see if he knows more about whatever brought them here together.”