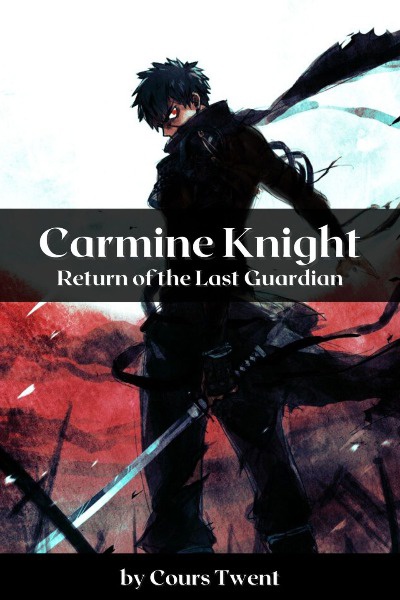 A few minutes ago…

The cat was annoyed by Leo, since he suddenly started asking it questions and then without any proper explanation stopped listening and started doing his own thing. “What could a human do in this situation, just by getting a little serious,” thought the cat?

“Hey! Human,” the cat said, trying to wake Leo from his meditation. But no matter how many times it tried to communicate with Leo, he just stood there taking repetitive deep breaths.

While the cat was trying to get Leo to respond, it felt a strong killing intent directed at him and Leo.

“I guess, it will have to wait,” thought the cat. And stepped before Leo and faced the source of contamination.

The cat could clearly see that the source of mana was a beast. It was a wolf with dark fur and glowing red eyes. Even on all fours, the wolf was as big as Leo. The wolf growled at the cat, drooling through its fangs. Black mana with a reddish outline leaked from the wolf’s body.

The cat looked at the wolf with cold disdain and took the initiative.

Keeping its body low, it darted towards the wolf. The wolf tried to respond in the same fashion but the cat was faster. With its tiny claws the cat tried to gouge the calves of the wolf’s forelegs, only leaving a few minor scratches and a bad fur trim.

The scratch on the wolf’s leg absorbed the reddish black mana, leaking from the wolf, and healed immediately along with the trimmed fur.

The cat clicked its tongue and tried again with the hind legs. The result was the same.

Letting out a sigh, the cat activated the little mana it had received from Leo. “I guess this is it,” thought the cat.

A burst of black smoke rose from its feet. The rising shadows circled the cat as it slowly sunk into the darkness of the rippling shadow under its feet. An instant later the cat had disappeared and the swirling shadow had settled down leaving nothing but silence and Leo.

Without a moment’s delay the wolf pounced at Leo. Right before he could touch Leo, the cat emerged from the darkness on the cave ceiling. Surrounded by smoke-like shadows, the cat used its momentum to strike the wolf on its head.

Before the wolf could get back up, the cat dug its claws into the wolf’s neck and bit down hard on the major veins in the wolf’s neck. The wolf struggled in pain and jumped around to shake the cat off. During its panic, the wolf had distanced itself from Leo.

The cat bit harder, trying to rip a mouthful of flesh from the wolf. It kept all its claws buried into the wolf and poured every last drop of mana it had into its claws and fangs.

The wolf struggled harder and slammed its body against the walls of the cave. The cat hit its head on the cave walls and momentarily blacked out. It still refused to let go of its grip, and held its own with its jaw clenched tight and its tiny claws dug deep.

Noticing the effectiveness of struggling by running into walls, the wolf jumped around even more violently, due to which, the sharp edges on the cave walls engraved shallow scars on the cat’s back. As the wolf struggled the scars turned to wounds and seconds later the wounds were large enough to expose the cat’s deep tissues.

Having lost a lot of blood, the cat eventually lost the strength to hold on and was flung to Leo’s side. Its small body hit against the wall and dropped on the ground.

As the cat lay there, about to curse its stupid decisions, it sensed a sudden surge of mana within Leo.

Its vision had blurred but it could sense a sudden surge of mana from Leo. right before passing out, the cat smirked and said to Leo, “Sómo oígloo nássaa.”

Leo looked at the cat for a moment and then refocused on the wolf standing before him. “Norí caaoroaá,” mumbled Leo!

Leo was surging with power as the Fires of Origin and Demise assimilated with his body. Even though he was surging with mana, his body and constitution could only handle and use a minor fraction of the power.

As he was about to step forward, he noticed something weird about the wolf. The repulsive mana that the wolf was releasing had significantly diminished. Leo immediately turned to the cat and questioned, “sa én?”

To which the cat smugly replied in broken words, in Ioxis, “Nothing… special… I just… inject…ed my… mana into –”

“Alright, I get it.” interrupted Leo (in Ioxis). “Stop talking. Just rest and recover.”

Leo smiled and confidently stepped forward. The Cat Sith were fairy cats, which meant that they were spirits and their mana remained unaffected by mana corruption. Since the cat had injected its mana into the wolf, the corrupted mana of the wolf was in a flux and it reduced the influence of the mana corruption on its surroundings.

In simpler terms, Leo could now touch the wolf for a limited time period without being worried about the corrupted mana affecting him..

The time limit also applied to how long he could use the mana surge from the Fires of Origin and Demise. The mana surge was the excess mana leak that resulted from the assimilation process. To his estimate, he had less than thirty seconds to finish the fight, after which his body would be overworked and would be unable to move for a couple hours.

He gave in to his battle instincts and involuntarily grinned with his figure crouched low. Leo sprinted forward and swung his hand forward towards the wolf’s neck.

The wolf stepped forward to close the distance and went straight for Leo’s neck.

Dodging by spinning to his side, Leo escaped by a hair’s width. Using the momentum from the spin, Leo used his other hand to grip the wolf’s fur under its chin and with all his body weight pulled the wolf’s head down.

Obviously annoyed, the wolf lashed out with a large swing and sent Leo’s thin figure flying into the cave walls.

He spurted blood upon impact with the wall. His vision blurred and he became wobbly on his feet.

He stepped forward and repeated the same initial motion with his hand sticking out.

The wolf also repeated its motion to bite Leo’s head off. Leo had instinctively temporarily augmented his body with mana, and given himself a physical boost. In a split second, Leo spun on his toes and thrust his hand inside the wolf’s mouth. Before the wolf could close its jaw and rip his hand off, Leo jarred the wolf’s jaw with his other hand at the hinge of its jaw.

Leo then proceeded to grip the wolf’s throat from the inside.

The wolf became paralyzed with pain.

Leo clenched his fists tighter and pulled the piece of meat he held in his arm.

As soon as he pulled the piece of flesh out of the wolf’s insides, blood squirted on his face. He quietly stepped back, dropping the bloody pile of meat in his hand to the floor. He was breathing hard.

The wolf’s insides started to bleed and blood spilled from its mouth.

One… As he counted, his body loosened up and his blurred vision darkened. He fell down on the floor and passed out.

Leo missed out on witnessing the wolf’s last moments.

After blood spilled out from the wolf’s mouth, the wolf coughed up more blood and then collapsed under its own weight. Just like that, the vulgar mana had calmed down and the wolf stopped breathing.

"Do what you love, love what you do."